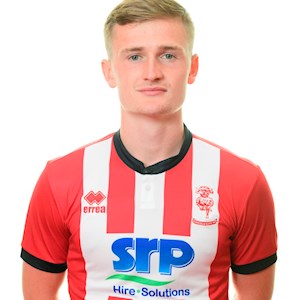 In On Loan
From Everton

England U21 international Callum Connolly arrived at Sincil Bank in August 2019 on a season-long deal from Premier League side Everton.

Connolly turned professional in 2016 after 10 years in the youth setup at Goodison Park. He made his debut for Everton in a 1-1 draw against Southampton in April 2016 following a brief spell on loan at Barnsley.

The 21-year-old has also spent time on loan with Wigan and Ipswich, scoring two goals on his Latics debut in January 2017. Connolly spent the second half of last season with Bolton Wanderers where he made 16 appearances scoring two goals.

The England youth international was part of the U20 side which won the 2017 U20 World Cup as well as also winning the 2018 Toulon Tournament during his time in the England U21 setup.