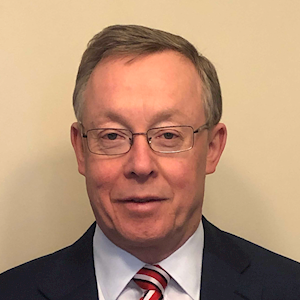 Steve, born and bred in Lincolnshire, has been supporting the Imps for more than 50 years. The first game he can remember attending was the famous Derby County game in 1967 but feels sure he came to games earlier than that with his family.

The years of support, both home and away, have seen many highs and lows but the draw of the Imps never goes away. Incidentally Steve just like Chairman Clive Nates, is also a long-suffering follower of Everton.

He originally joined the Board in May 2015 as the representative of the Gold Membership scheme of which he has been a member since 2001.  Steve is a former chairman of the Red Imps Community Trust and continues as vice-chairman and treasurer of that organisation. He also sits on the Board of the Lincoln City Former Players Association with whom he has been actively involved from the start.

Steve, a chartered accountant, recently retired from the role of senior partner with Lincoln based accountancy practice Saul Fairholm, where he still acts as a consultant. He had been a partner with the firm for almost 30 years working with small and medium sized businesses throughout the East Midlands area.

Steve having played hockey, cricket and golf was actively involved in local sports club administration but now devotes his time to football matters.

Steve is married to Melanie, also a very long-standing season ticket holder and a former Sheriff of the City of Lincoln.