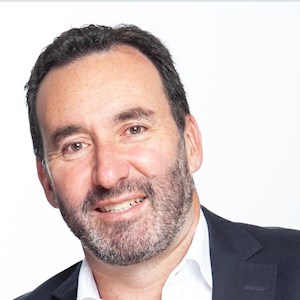 On the back of a mutually successful business relationship spanning a number of decades, Sean joined Clive Nates in investing into Lincoln City in 2016, through their vehicle Sportvest Capital LLP. Sean joined the Lincoln City board in June 2017.

Sean was born and educated in Johannesburg. Five years after graduating from university, Sean founded an investment and trading business, Peregrine Holdings Limited in South Africa, which he took public in 1998. He oversaw the growth in the group from a 5 person business at inception to a wealth and asset management business employing over 600 people today. Currently, Sean holds the position of Chairman of Peregrine, and its international subsidiary, Stenham. He enjoys investing in good ideas and more particularly good people and has been instrumental in founding or backing numerous successful initiatives over the past 20 years. He moved to London, with his wife and 4 children in 2008. Sean continues to sit on a number of philanthropic boards in South Africa as well as in the UK.

Sean is a lifelong follower of British football and a Manchester United supporter from the time of their 1977 FA Cup victory over Liverpool (the first FA Cup Final to be televised in South Africa). He considers his involvement with the Imps to be the most enjoyable single investment he has ever made and is today a fully committed, proud and passionate Imps fan.