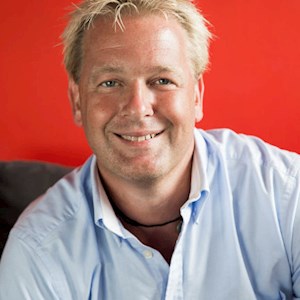 Jay has been a Lincoln City fan all his life whose parents were both born and bred in the City and whose Dad was on the books of the Imps as a teenager. Jay was elected as the club's Vice Chairman on July 1st 2020 after being a director for three years.

He had a nomadic childhood being born in Peru as well as living in St Albans, Derby, Cheshire and Houston all by the age of 9 years old. Jay has spent all his working life in the drinks industry, initially with The Greenalls Group before leaving to start his own home delivery wine business, Warehouse Wines, in 2000.

Jay grew this business from nothing to the point where it was bought by Direct Wines, the largest mail order wine company in the world, who had also recently purchased Virgin Wines and Averys of Bristol. Jay was appointed MD of all 3 businesses in 2008 performing a major business turnaround on these subsidiaries before merging his Warehouse Wines business with Virgin Wines.

In 2013, Jay led a £16m private equity financed management buy out of Virgin Wines and as CEO of this now independent business he has delivered continuous sales growth and increased profitability making Virgin Wines one of the major forces in wine retailing in the UK.

Jay is married with 3 boys and spends his weekends at his family home in the Lake District and his weeks at the Virgin Wines business in Norwich - all in between fitting in as many Imps matches as possible.