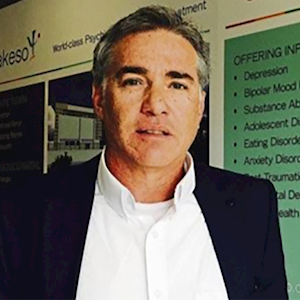 Allan has been following English football since the age of eight, when the club he played for in Johannesburg adopted the England national team strip as their team colours.

Although a supporter of an unnamed English team growing up, Allan has since moved his allegiances to Lincoln and after watching Lincoln beat Grimsby, he looks forward to many more happy experiences as part of the Lincoln family.

Allan is a psychotherapist by training, and he used these skills to develop Akeso Clinics, a group of mental health and addiction facilities throughout South Africa.

His business partner in this venture, Alon Apteker, has also become an investor in Lincoln City. Akeso Clinics was sold in 2018 to Netcare Holdings, the largest private hospital network in South Africa. Allan has three children and looks forward to visiting Lincoln whenever possible.