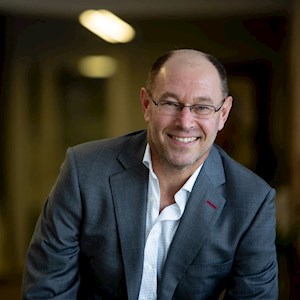 Aschley was born in Cape Town, South Africa, and moved to Rome, Italy as a child. There he completed his schooling at an international school, after which he returned to South Africa to study at the University of Cape Town, where he obtained a Bachelor of Business Science Finance (Honours).

Ashley qualified as a chartered accountant and completed his articles at Kessel Feinstein. After two years at the SA Futures Exchange, where he was responsible for the project to build and implement the first locally built exchange matching platform, he founded Peregrine Systems under the Peregrine Holdings umbrella.

Later renamed Peresys, the business would become instrumental in the automation and exponential growth of the SA financial market trading ecosystem.

Peresys was sold to Australian listed IRESS in 2011, and Ashley exited the business three years later, after ensuring a smooth transition.

In addition to his active involvement in A2X, Ashley has invested in a number of start-ups, including High Grounds Coffee in South Africa,  DocFox in the US, and Aquis Exchange in the UK.

Investing in Lincoln City FC with Clive Nates and Sean Melnick was the culmination of half a century of playing and watching football.