The Imps are back on the road in Sky Bet League One - travelling to high-flying Ipswich Town on Saturday 15 October (3pm KO).

All the key information ahead of the fixture in Suffolk can be found in this match preview.

Tickets for Ipswich are now off sale, with no on the day sales available. Over 27,000 fans are expected inside Portman Road for the game, which has been made all ticket by the hosts.

Imps supporters who are unable to make it to Ipswich can follow the action with regular updates on the club’s official Twitter page. You will also be able to catch updates on other social media platforms including Facebook and Instagram.

Watch this season’s action in a way which suits you with a silver or bronze membership - purchase yours HERE!

Ben House's header secured victory for City as Mark Kennedy's side fought their way to an impressive victory at Ipswich Town.

After an even start to proceedings, the closest either side came to taking the lead was an overhit cross from Lee Evans on the right which was seen out of touch by the City defence.

Following a succession of corners for the visitors, City took the lead when Max Sanders’ delivery was flicked up towards Ben House at the back post in front of the Sir Bobby Robson Stand.

Ipswich soon began to grow into the game with chances falling to Conor Chaplin and George Edmundson from corners which were calmly dealt with by the Imps.

The Tractor Boys created another chance in the 35th minute when Leif Davis got to the byline and saw his cutback fall to Conor Chaplin in a good position who mistimed his effort.

The pressure continued from Kieran McKenna’s side with a long-range effort from Sam Morsy fizzing wide and a powerful 25-yard strike from Evans being palmed past the post as Ipswich looked to find a way back into the contest.

The home side threatened in the 43rd minute when they were awarded a free-kick on the edge of the area, which Evans struck around the wall but placed it straight into the hands of the perfectly-positioned Rushworth.

The Imps had a golden opportunity just after the restart when Sanders floated an inswinging corner to House who found space to send a header against the base of the post before being cleared away.

Kennedy’s side found space within the final third a few minutes later as House laid the ball back to Jack Diamond who got away from his man just inside the area before drilling his shot low into Walton’s grasp.

Impressive Ipswich created chances, with Conor Chaplin being denied by a strong hand from Rushworth and, in the 59th minute, Davis found space inside City’s final third to play the ball into Marcus Harness - who spun away from his defender but fired over.

Evans’ deflected strike was soon followed by Davis’ blocked effort which almost dropped into the net at the far post. Some tidy build up play in the 65th minute allowed Chaplin to pull the ball back to Harness from the byline who slipped while shooting to see the ball loop over the bar from close range.

The home side, who remain second in the table and had only lost once in the league before this match, enjoyed plenty of the ball but the Imps' defence stood up to everything thrown at them with the back three all making vital blocks as every single player put everything on the line.

Ipswich almost found a way through in the 72nd minute as Burns laid the ball off to Morsy to aim a shot at goal, but his strike was straight at Rushworth in the City goal.

The Imps threatened through counter-attacks led by Jack Diamond and Danny Mandroiu, but with the players having given everything, they just could not find a way to keep hold of the ball and really threaten a second strike.

City’s backline stood up to the continued attack from Ipswich and went home with a hard-earned three points.

City are back in action at the LNER Stadium twice in the coming week, with Newcastle United U21 and Sheffield Wednesday heading to Lincolnshire. Click here to secure your spot.

The Imps can confirm ticket news for supporters ahead of the trip to Ipswich Town in Sky Bet League One which takes place on Saturday 15 October 2022 (3pm KO).

City have been provided with an allocation of 1,026 tickets for this fixture which has been made ALL TICKET, with no tickets available on the day.

Tickets will be made available for gold, silver, bronze, and junior imp members on Friday 16 September at 10am.

Any remaining tickets will be made available for general sale at 10am on Tuesday 20 September.

Reduced pricing is in operation for this fixture as a result of a home ticket promotion.

Wheelchair and ambulant disabled supporters will pay the relevant price category with the option of a carer free of charge. There are 4 wheelchair spaces available for Imps supporters. These are located in a mixed area with home and away supporters.

There are also 20 tickets available for ambulant supporters in the lower tier away from the main allocation. Supporters with limited mobility are advised to sit in these accessible seats as there are no lifts to the upper tier. 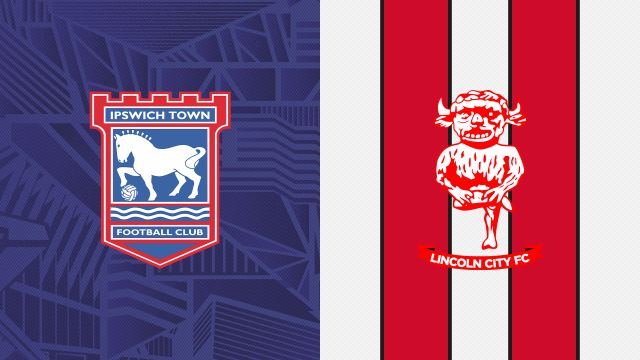 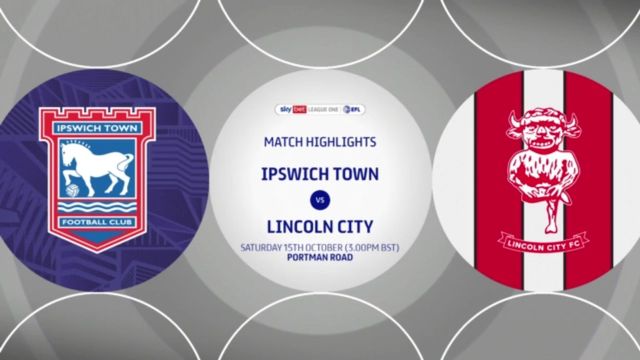