Chris Maguire fired the Imps to a memorable victory over Sunderland at the Stadium of Light.

Maguire, who played for the Black Cats for three seasons before joining City in the summer, grabbed the headlines but it was a battling team performance from Michael Appleton's side.

The first exchanges were very open, with the Imps threatening through Morgan Whittaker as early as the first minute.

Hakeeb Adelakun won the first corner of the game after six minutes, with  Maguire warmly applauded by the home fans as he went over to take it.

That set-piece came to nothing and four minutes later Maguire became the first player booked after a late challenge on Carl Winchester.

The first save of the game came with 16 minutes on the clock. The Imps were perhaps fortunate that the ball ricocheted to Lewis Fiorini in the middle of the pitch, but he had the vision to then find Whittaker who beat the left-back before firing a shot straight at Antony Patterson.

The Imps were having to defend in numbers, but did so without giving up significant goal-scoring chances. TJ Eyoma was alert to block a cross from Dan Neil after 24 minutes in one of the rare times the Black Cats broke through. The two corners which followed that tackle did not amount to anything for the home side

Eyoma looked to have an attacking role, too, with a through ball for Adelakun intercepted at a vital moment.

The Imps took the lead after 34 minutes after reacting quickest to a free-kick won for a foul on Adelakun down the left. Adelakun was set away by Maguire. Although he saw his shot blocked, the ball fell nicely for Maguire who smashed it home past the helpless Patterson.

The Black Cats threatened immediately afterwards, with Josh Griffiths forced into his first save of the game shortly afterwards to turn away Ross Stewart’s header.

There were no changes from either side at the break, with Whittaker again threatening for the Imps in the opening minute after the restart after winning the ball back inside the opposition area.

Patterson was well out of position following a clearance and Whittaker tried to fire home from distance, but the Black Cats keeper managed to get back in time.

The home side pushed to get back into the game, with Eyoma getting a key block as Stewart threatened with a header at the far post following Lynden Gooch’s cross.

The Imps doubled their advantage when quick counter-attack led to Maguire being hauled down in the area by Winchester after Whittaker played him through on goal.

Referee Jeremy Simpson had no hesitation in pointing to the spot, as well as sending off Winchester. Maguire stood up to convert calmly and double the Imps’ advantage.

Conor McGrandles almost looped in a third moments later, getting a header onto a Maguire corner.

The home side pulled one back after being awarded a penalty of their own, with Max Sanders judged to have been late with a challenge in the area.

Griffiths did well to initially keep out Stewart’s low effort, but could not hold the ball and the Black Cats man forced the ball home.

The Imps had to keep their nerve, with Poole clearing a Stewart effort off the line moments later. Then Griffiths did well to tip a powerful low drive from Elliot Embleton wide of a post .

City needed to regroup, with Adelakun firing an effort just over with just under 20 minutes to go.

The next chance for City did end up in the back of the net, and although this strike sealed Maguire’s hat-trick it was all about Adelakun.

He chased down a home player as the Black Cats pressed, shrugged off a pull on his shirt and got away from his man and raced towards the half-way line. Once there he played a perfect ball through for Maguire who collected and calmly lifted the ball over the goalkeeper and sealed his hat-trick.

That deflated the home side, who then did not create any chances of note in the final 10 minute.

The Imps did not have significant opportunities, either, with a Bramall cross from the left which was just ahead of Maguire the closest they went to extending their lead.

The Imps can confirm ticket news for supporters ahead of the trip to Sunderland on Tuesday 11 January 2022 (7:45pm KO).

The club have been given an initial allocation of 524 at the Stadium of Light for this fixture.

It is critically important that supporters read the below information ahead of purchasing tickets for this match.

Proof of a double vaccination or a negative lateral flow test must be provided by all supporters aged 18 and over (unless exempt).

If providing a lateral flow test result, this must be shown at the turnstile within 48 hours of taking a test. This must be displayed via an NHS email or text message.

Tickets will go on sale at 10am on Thursday 30 December exclusively to Gold+/Gold/Silver and Bronze Members.

Any remaining tickets will be made available for general sale on Friday 31 December at 10am.

There are six pairs of wheelchair tickets available. Disabled and ambulant disabled supporters qualify for a free carer ticket. Ambulant disabled supporters can purchase tickets in the general admission/singing section but please note there is a dedicated section which is the most accessible seats on the lower rows minimising steps required to access the seats. Supporters requiring lift access to Tier 3 should speak to stewards at the away turnstiles.

*Opening times will vary during the festive period. Please keep an eye on our website and social media channels. Please allow at least 48 hours within business working hours after purchasing a ticket(s) before collecting from LNER Stadium.

All tickets can be purchased from the Imps' ticketing website here - eticketing.co.uk/imps 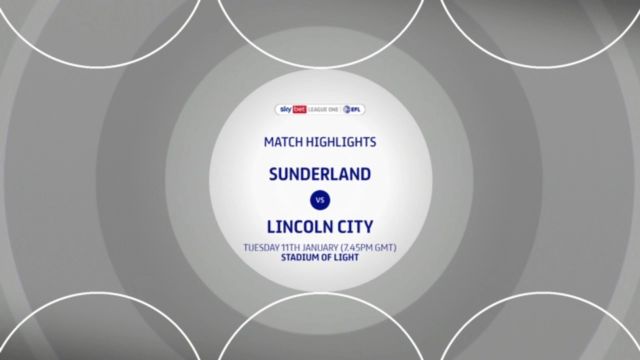 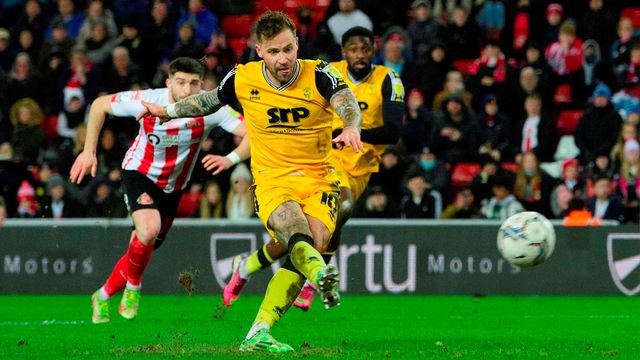