Ben House's first goal for the Imps was not enough to earn a point at Portsmouth, despite an impressive fightback at Fratton Park.

House's strike, which followed a Ted Bishop effort, had drawn City back from two goals down - only for Pompey to snatcha a late winner.

City started the match brightly, with a good move down the right seeing Brooke Norton-Cuffy and Liam Cullen combine well before Lewis Fiorini sent his shot just over before even 30 seconds were on the clock.

It was a confident start from the visitors, with the returning Norton-Cuffy getting past a couple of players before being hauled down by Connor Ogilvie.

And Fiorini got away from Joe Morrell to create space, with the ball eventually breaking to Scully who was squeezed out. In the end the ball fell to John Marquis, whose low drive forced a save out of Gavin Bazunu but was not powerful enough to truly test him.

Pompey created chances too, with Morrell heading wide from a corner and Aiden O’Brien sending a cross from a tight angle which flashed across goal with no one getting on the end of it.

City definitely had the best of the first period, with Cullen firing over and Fiorini almost finding Marquis but lacking power on his pass.

Bishop had a shot blocked and, after Norton-Cuffy’s cross was cleared, the ball eventually fell for Fiorini to try a snapshot but referee Trevor Kettle had already blown for a foul by Conor McGrandles.

Ogilvie had Pompey’s best chance of the half with 35 minutes on the clock, after getting away from Cullen, but his shot was straight at Jordan Wright.

Scully threatened immediately after, with Sean Raggett having to be alert to clear his header away with Bazuna isolated.

City finished the half with a real flurry, with Cullen having a shot blocked and Scully trying to curl an effort into the top-right corner but seeing the ball go just over the bar.

Fiorini almost scored a spectacular goal in tine added on, spotting the keeper off his line and trying his luck from just inside the half. Bazunu was scrambling and probably had his angles covered, but was still relieved to see it land just over the bar.

And, still in stoppage time, Marquis got the better of Raggett before sending in a shot which Bazunu palmed away.

Pompey manager Danny Cowley clearly had his players fired up for the second period, with George Hirst threatening with a header in the opening seconds - with McGrandles on hand to clear the danger. When the ball was recycled back into the area, Hirst’s effort went high into the Fratton End.

A late tackle from Cullen on Michael Jacobs, as he tried to clear the ball, gave the home side an opportunity to take the lead from the penalty spot.

Hirst did fire home, but Wright went the right way and was unlucky to see the ball squeeze past him.

Imps threatened to draw level straight away with Fiorini timing his pass perfectly for the run of Cullen, with the on-loan Swansea man drawing a good save out of Bazunu.

Norton-Cuffy sent an effort over after 57 minutes after a well-worked corner routine saw the ball worked to him, though he will have been frustrated not to have kept his shot down.

Fiorini saw a shot blocked on the hour mark, while an outstretched Cullen just could not get on the end of Robson’s low cross six minutes later.

O’Brien’s volleyed effort going over, from a Marcus Harness cross, showed Pompey were a threat and they were given another opportunity when Jackson fouled Jacobs in a central position after 67 minutes.

Jacobs lined up the free-kick and curled an impressive effort towards the far corner which went past the outstretched hand of Wright.

Many teams would have collapsed after going two goals down at Fratton Park, but the Imps responded in style to immediately halve the deficit.

It was a brilliant response as Poole’s diagonal pass found Norton-Cuffy, who in turn fed Bishop. The midfielder’s first touch and composure was exquisite as he cut inside to take Raggett out of the game. Centre-back Clark Robertson didn’t get there in time and Bishop calmly slotted the ball into the far corner.

The game was end-to-end at this point, with Hirst firing wide from Ogilvie.

House was sent on, replacing Marquis, after 78 minutes and made an instant impact by slotting home the equaliser just 30 seconds after he came on.

Robson’s cross from the left was too high for Cullen, but House was on hand to slot home his first goal for the club.

That magical moment looked to have earned the Imps a point which their performance would largely have deserved but, with eight minutes to play, Wright was unable to hold Raggett’s shot from distance and Ronan Curtis was on hand to turn home.

The Imps can confirm ticket news for supporters ahead of the trip to Portsmouth on Friday 15 April 2022 (3pm KO).

The club have been given an initial allocation of 1,000 at Fratton Park for this fixture.

Tickets will go on sale at 10am on Thursday 24 March exclusively to Gold+/Gold/Silver and Bronze Members.

Any remaining tickets will be made available for general sale at 10am on Friday 25 March.

There are three pairs of wheelchair tickets available, and these supporters also have the option of a free carer. Supporters must contact Portsmouth directly to purchase these tickets via 0345 646 1898.

Please allow at least 48 hours within business working hours after purchasing any tickets before collecting from the LNER Stadium. All tickets can be purchased from the Imps' ticketing website eticketing.co.uk/imps 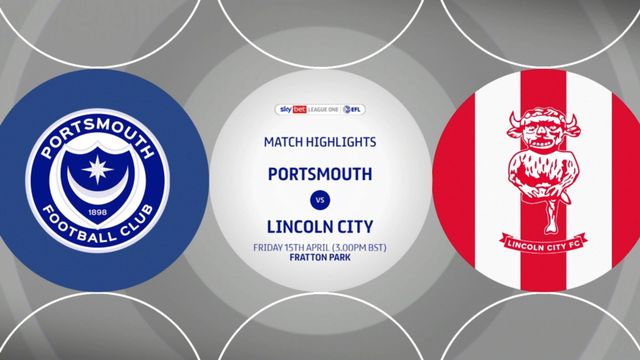 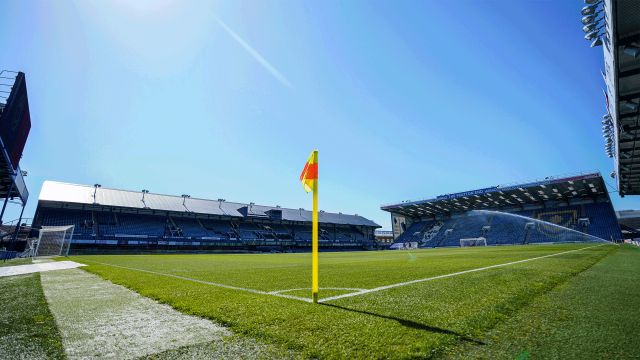