City’s three goals were scored in the first 20 minutes, with Anthony Scully also getting on the scoresheet. The win means City are safe in League One - the first time since the early eighties the club have spent four consecutive seasons in the third tier.

The Imps started brightly and took the lead in the fourth minute. A superb switch-ball from Lewis Fiorini picked out Whittaker who touched the ball down and comfortably slotted it into the bottom corner.

Cheltenham’s start to the game didn’t get much better as Aaron Ramsey was then booked for simulation a few minutes later.

City continued to threaten the opposing goal as Fiorini found himself with space on the edge of the box. His curled effort beat the gloves of Owen Evans but was denied by a post.

A decent opportunity for City to double their lead arose in the 12th minute with a free-kick from 20 yards out. Liam Cullen whipped it over the wall but Evans gathered it comfortably.

City did in fact double their lead five minutes later. Whittaker was played in down the right before finding Cullen at the back post. Cullen had his first attempt saved and second attempt cleared off the line before Anthony Scully hit the back of the net.

Whittaker then found his second goal of the afternoon in the 19th minute to put the Imps three up. His cross-goal effort from outside the area beat an outstretched Evans and found the bottom corner.

The visitors came close to pulling one back as Alfie May was picked out at the back post, but the forward could not react quick enough to direct his header at goal. May had another chance shortly after with a free-kick but his effort deflected behind for a corner.

A wayward pass from Robins defender Will Boyle in the 38th minute fell straight into the path of Scully. The Imps’ number 11 got a shot away but Evans made an impressive stop to deny a fourth goal.
Cheltenham manager Michael Duff opted for some fresh legs at the halftime break, bringing on Lewis Freestone for Ramsey who was on a yellow card.

Whittaker looked to continue from an impressive first half performance as he went searching for his hat-trick. He let fly on the edge of the area but his shot sailed just wide of the post.
Freestone was the second Cheltenham player to be booked by referee Simon Mather after taking down Ben House in the 57th minute.

Former Imp Ellis Chapman was replaced by Elliot Bonds mid-way through the second half. Moments later, Kion Etete had a golden opportunity as he rounded Jordan Wright and hit the post despite having the whole goal to aim at.

Imps striker Tom Hopper made his way onto the pitch in the 73rd minute replacing Cullen in the centre of a front three. Max Sanders then replaced brace-scoring Whittaker as City looked to see out the win.
May was the third Robins player to be booked following a late challenge on Jamie Robson. Scully came close to scoring moments after but his shot was blocked by Boyle.

Imps supporters who hold a Bronze or Junior Imp Membership with the club can purchase tickets for the upcoming home fixture versus Cheltenham Town from 10am on Wednesday 30 March. 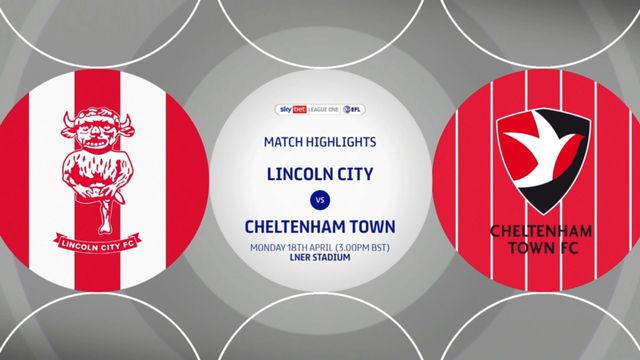 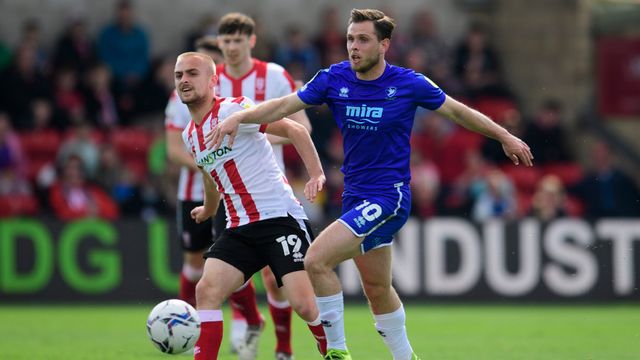