Lewis Fiorini’s late strike was not enough to rescue a point for City in blustery conditions at Accrington Stanley.

Michael Appleton made two changes to his starting XI, bringing Max Sanders and Brooke Norton-Cuffy in as City looked to get a result on a sunny but windy day in Lancashire.

The gameplan had to be altered after just five minutes, though, with Conor McGrandles picking up an injury in a challenge and needing to be replaced by Ted Bishop.

City had the ball in the back of the net after six minutes, only for the assistant’s flag to rule it out for offside. City could feel it was unfortunate as Cullen latched onto Florini’s through ball before trying to place the ball just inside the near post.

It bounced back off the woodwork and straight to the feet of Morgan Whittaker, whose ball back into the area was turned in by Liam Coyle as he tried to clear. Whittaker was considered to have been in an offside position when Cullen took his shot, so the goal did not count.

Both teams were looking to attack, even though neither are involved in the promotion or relegation scraps, with Accrington’s Jack Nolan seeing a header clip the top of the bar after 10 minutes.

A move starting with a great interception from Norton-Cuffy almost saw the Imps take the lead. He laid the ball off to Whittaker in his own half - he promptly beat three men before aiming a shot at the top-right corner which Toby Savin did brilliantly to tip away.

Hamlilton sent a low effort wide for the home side, while Bishop did likewise at the other end.

City carved open an opportunity which resulted in Robson delivering a low cross looking for Whittaker, only for Jay Rich-Baghuelou to nick it off the toes of the on-loan Swansea man.

There had been a further injury scare when Jordan Wright needed his right ankle checking after catching it while collecting the ball, and the course of the first-half changed after yet another injury.

Ben House went down while trying to clear the ball, clashing with Hamilton’s thigh as he fell to the ground. He was forced off, to be replaced by Anthony Scully who came on for his 100th outing as a professional footballer.

It was a double whammy for the Imps as referee Marc Edwards ruled that House had committed a foul as he went down, and from the resulting free-kick the home side went ahead.

McConville’s initial delivery into the area was cleared by Adam Jackson, but only as far as Tommy Leigh whose header back towards goal was turned in by Colby Bishop.

The second injury-enforced change of the game inevitably disrupted City’s play, with neither side creating any clear-cut chances in the rest of the half or the seven minutes of time added on.

There were no changes from either side at the break and Wright had to be alert two minutes after the start to keep Jack Nolan’s effort out, as the Stanley man hit his effort into the ground and it bounced awkwardly.

Given the way the game had gone so far it was little surprise when there was yet another delay after 51 minutes when Cullen and Ross Sykes clashed heads while challenging for the ball from a Wright goal kick - thankfully both were able to continue.

A smart break led by Norton-Cuffy after 54 minutes ended with him delivering a dangerous cross into the area which was cleared.

Accrington doubled their advantage as the game hit the hour mark, with Bishop turning home from close range after Wright stopped Hamilton’s initial driven effort from outside the area.

The home side were reduced to 10 men moments later, as home keeper Savin came out to collect Max Sander’s long free-kick but handled outside the area resulting in a straight red. Accrington boss John Coleman sacrificed Nolan as replacement keeper Liam Isherwood was sent on.

That gave City a free-kick right on the edge of the area, although they were unable to capitalise as Scully’s effort was blocked by the wall.

Bishop had needed treatment earlier in the half and made was after 63 minutes, as John Marquis was sent on. With the numerical advantage, City now enjoyed much of the ball as Accrington sat back and tried to defend their two goal lead.

Whittaker went close after a great move with 75 minutes on the clock. Poole was allowed plenty of room to advance with the ball before laying it off for Cullen, who in turn fed Whittaker whose curling effort went agonisingly the wrong side of the post with Isherwood beaten.

Whittaker remained a threat with a snapshot from distance almost catching Isherwood out - and even then the power meant he needed a second touch to hold the ball.

Fiorini pulled one back three minutes into time added on, as he was afforded way too much space and placed the ball into the bottom right corner from distance.

That set up a grandstand finale, with Isherwood doing well to hold a Norton-Cuffy cross and Fiorini again threatening with a shot from distance which took a deflection to make it easy for Isherwood to collect. 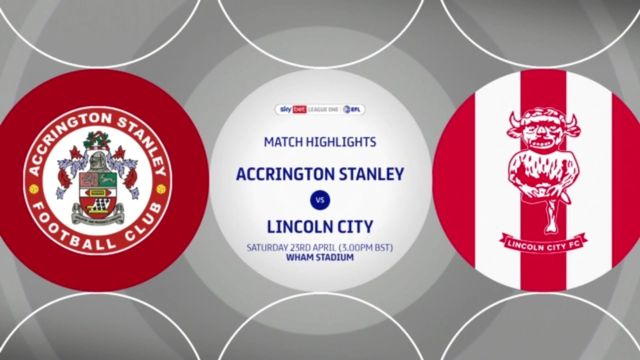 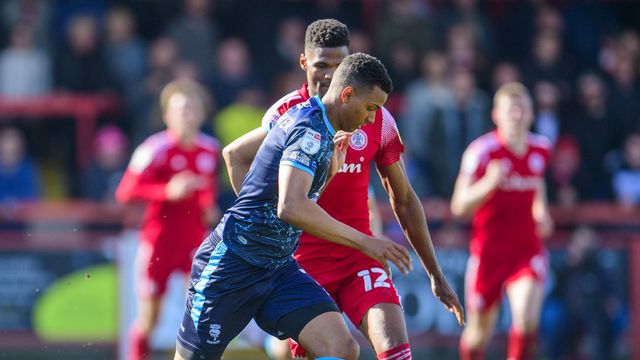