The Imps are back in Sky Bet League One action this weekend as they travel to MK Dons for their second league game of the season.

Michael Appleton's side have started the season well securing a place in the Carabao Cup Third Round with a 5-0 win over Bradford City earlier this week.

Lincoln's opening Sky Bet League One fixture saw the Imps come out on top with a 2-0 victory at LNER Stadium when they faced last season's play-off finalists Oxford United.

Supporters can watch all the action LIVE this weekend with a WeAreImps iFollow match pass, available to purchase HERE.

Russell Martin spoke to press earlier in the week ahead of his side's clash against The Imps at Stadium:MK on Saturday. The former Norwich defender is pleased to welcome back a number of players who were recently out through injury.

"Richard Keogh is back in with the group training again, not full contact so we're still managing him but it's really good to see him on the pitch," said the MK Boss.

"George Williams is back with the squad so he'll need some minutes on the pitch. We've got a game arranged in the next few weeks for the guys who have missed some games, which will be good for them.

"Ben Gladwin is back and ready to be involved on Saturday. Kieran is coming on quicker than expected, he's out of his brace and is moving well and has started his rehab. Louis Thompson is out on the grass running also, and will be back training next week. It's really positive news."

Russell went on to discuss squad depth: "Every manager talks about strength in depth and it does make it harder in terms of squad selection but what it creates is competition in training and togetherness in terms of their standards too.

"I'm looking forward to having everyone back. You're always going to get injuries during a season, that's why you need the depth, and when you see how busy the schedule is as well."

Martin finished by talking about the way his side have setup recently: "I'm really enjoying the formation we are playing with, it enables us to get lads further up the pitch.

"We are working things out as indivudals but we will do and try things in the final third because we are so structured in the build up. We practice a lot of things in training, Regan Poole is currently playing wingback and that really suits him, he is calm in possesion."

The Dons have recruited a number of players over the summer with Daniel Harvie being first to arrive from Ayr United. The left-back has been capped at Scotland Youth level and made his league debut in a 1-1 draw against Doncaster Rovers.

Russell Martin also dived into the free agent market bringing Ben Gladwin, Scott Fraser and Richard Keogh to the club.
Gladwin was most recently with Blackburn Rovers following spells with Swindon Town and QPR. Fraser joins the club from Burton Albion where he scored 11 league goals in 72 appearances.
Keogh brings a wealth of experience to the MK back line following a seven year spell with Derby County which saw the defender make 316 league appearances. The 34-year-old won Derby County's Player of the Season award twice, whilst also making 26 international appearances for Ireland.
WeAreImps iFollow
All the action will be streamed live on iFollow for City supporters who subscribe to a match pass. Click HERE to purchase your video/audio match pass before Saturday's game which kicks off at 3pm BST.

City made it two League wins from two after defeating MK Dons this afternoon in Buckinghamshire.

It was an impressive away performance from Michael Appleton’s side who took the spoils courtesy of goals from Jorge Grant and Tom Hopper either side of a leveller from Joe Mason for the home side.

Grant slotted home from the spot in the first half following a foul on Hopper, Mason levelled just ahead of the hour mark but Hopper broke MK hearts with a towering header with eleven minutes to go to win the game.

The game kicked off under sunny skies at Stadium:MK this afternoon with both sides starting the game very patiently, MK initially having possession but not finding any chances to open up The Imps’ defence. Meanwhile, City on the attack were looking a little more purposeful looking to get the ball into the box with pace, highlighted by a dangerous curling centre from Sean Roughan which was just shy of finding a black shirt inside the box.

However, the home side clicked into a second gear in their next attack, as a low ball in from the right found the foot of Joe Mason inside the City box but Alex Palmer watched it go just wide at his near post.

Michael Appleton’s side were given the chance to take the lead on ten minutes. Jorge Grant sliding the ball inbetween the Don’s defence towards Tom Hopper who took the ball into his stride, but he went down inside the box and the referee awarded a penalty to The Imps. GRANT took it and stroked the ball home down the middle with Lee Nicholl’s diving to his right.

The Imps were close to a second ten minutes after taking the lead, a fantastic leap and header from Tom Hopper under pressure was directed wide to Harry Anderson, with Grant haring into the box to his left, Anderson looked up for the square ball towards the City number 10 and slid it inside but Warren O’Hora was back and just got to the ball to deny what looked like a likely goal.  Going forward The Imps were cutting through the MK midfield decisively, and it took a fantastic sliding intervention from Baily Cargill to block off a through ball into the home penalty area as the side in white were struggling to withstand the high energy and intensity coming from the City engine room.

Anderson and Grant down The Imps’ right and left were finding space to run into and getting plenty of the ball, but to The Dons credit they were dealing well with the balls into the box from wide positions despite being on the backfoot.  Grant had a shot blocked and Anderson was well marshalled by Dean Lewington as he again threatened to get clear inside the MK Don’s area, the home side did look confident in possession but faced a wall of black shirts when they tried to get towards The City area.

Regan Poole started the second period purposefully for the hosts, as he found space down the City left to sidefoot as first time cross into the box which flashed across goal, but similarly to the first half there was little in terms of white shirts haring forward to meet the ball in.

Conversely The Imps were again purposeful and determined going forward, James Jones was inches away from getting a shot off after picking the ball up just outside the box but David Kasumu timed his interception perfectly, nipping in and taking the ball away.

City went even closer moments later, as Hopper did ever so well to feed the ball wide left under pressure from Cargill, Grant’s first time cross was met by Anderson on the volley and it was heading into the goal but Nicholl’s made a wonderful reaction save to keep the ball out.

MK slowly edged back into the game and they were to get themselves back into the game somewhat fortuitously just ahead of the hour mark. Following a good run from Poole down the right, the ball was played to the edge of the box towards Callum Brittain, where a clutch of City bodies were in the way. There was a deflection which took the ball over the top of The Imps defence, where Joe MASON was waiting, after a heavy first touch he just did enough to poke the ball beyond Palmer with City appealing for offside but nothing was given.

The game was wide open going into the final 15 or so minutes, with both sides pushing for what looked likely to be a winning goal. Matthew Sorinola saw a shot blocked by Monstma before Palmer made a fantastic diving save low to his right as the ball looked to be arrowing into the corner.

But, the measured and purposeful attacking style of The Imps came to the fore again and it brought the second goal for City. Anderson raced away down the right and played in a fantastic cross for Tom HOPPER to leap above his marker and thump a header home. Almost immediately from restart it was close to being a third for The Imps as a fantastic break down the right by Callum Morton opened up the defence, he looked up and slid the ball to Jones who hit his shot first time but O’Hora was there to block with Nicholls scrambling across his goal line in a frenetic few minutes.

The home side began to throw caution to the wind and in injury time they were close to netting the equaliser but Palmer showed his ‘keeping credentials as Mason thought he’d scored his second, lashing goalwards from 12 yards but the City ‘keeper blocked with his legs. 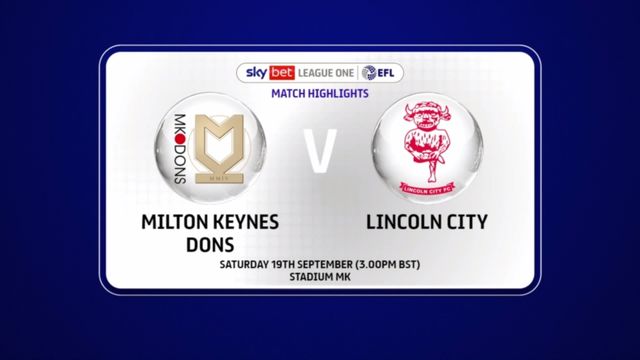 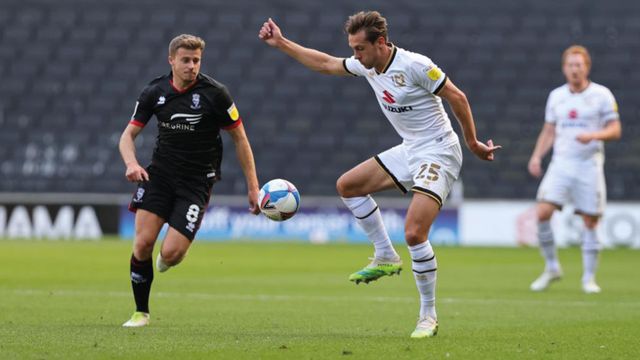