The Imps kick off their 2020/21 campaign with a trip to Crewe Alexandra in the Carabao Cup.

Michael Appleton’s side have had a handful of new additions arrive over the summer, with the majority featuring in pre-season action for the Imps.

City fans will be able to watch the action live with the game kicking off at 3pm BST on iFollow.

LMA League Two Manager of the Year, David Artell will be taking his team out for the first time since securing promotion to Sky Bet League One. The former Gibraltar international spoke to press ahead of his side’s Carabao cup clash against the Imps.

“It will be competitive because it is a League Cup game, we will give it the respect it deserves,” explained Artell.

“It will be different so I can understand why people take a certain approach. Lincoln will be a really good test and we want to win; it is as simple as that.”

Crewe Alexandra have welcomed back Luke Murphy following seven years away from the club, when he spent time with Leeds United, Burton Albion and most recently Bolton Wanderers.

The 30-year-old has signed a two-year deal with the side he previously captained after breaking through their academy in 2008.

David Artell’s side start the campaign as a Sky Bet League One side following a second-place promotion finish last season. Key players Charlie Kirk and Chris Porter remain at the club, however, they will be without academy graduate James Jones who joined the Imps earlier in the transfer window.

All the action will be streamed live on iFollow for City supporters who subscribe to a match pass.

Click HERE to purchase your video/audio match pass before Saturday's game which kicks off at 3pm BST.

The Imps are in the hat for round two of this season’s Carabao Cup after defeating Crewe Alexandra this afternoon.

It was a debut to remember for Lewis Montsma as the Dutch defender marked his first competitive appearance in an Imps’ shirt by netting the winner for Michael Appleton’s men.

In an even and competitive encounter between the two League One sides, City took the lead early in the second half through Tom Hopper only to see the hosts level a few minutes later courtesy of Billy Sass-Davies. But The Imps’ centre back was the headline maker, powering home the decisive strike to send City through.

In a cautious opening to the game with the home side slow in possession, City were pressing high and limiting options for the side in red. That high press almost created two quick chances, Conor McGrandles was involved on both occasions, twice feeding Anthony Scully in only to see a foot just in the way, Harry Pickering and Billy Sass-Davies denying the Irishman.

Although Crewe had spent much of the opening exhanges in their own half, Oliver Finney was left with his head in his hands after snatching a close range effort wide of the mark after he connected with Owen Dale’s low centre and the ball rolled agonisingly wide.

The home side were growing in confidence and Charlie Kirk burst into the box on the left, but just as he shaped to shoot, TJ Eyoma slid in with perfect timing to take the ball away at the crucial moment.

Within a few minutes, like Eyoma for The Imps, Crewe were as thankful for the defensive prowess of Oliver Lancashire at the other end, Tom Hopper broke free down the left and his low ball was fired into the six-yard box and somehow the Crewe number 16 managed to get ahead of Scully who was lurking to tap home.

As the heavens opened and the rain lashed down, the game became a little stretched with the ball quickly going from one end to the other, Perry NG hitting a low drive which Alex Palmer saved low, then a cross from the right was inches away from McGrandles on the edge of the box. In a breathless minute or so, Crewe were quickly back at it and Mikael Mandron was inches away from breaking the deadlock but his close-range header went wide.

Close calls continued to be the order of the day when Finney screwed a chance wide from outside the box before the break but both sides would have gone in at the interval arguing they had the better of it.

Crewe went close after the restart, Lancashire rising highest at the back post to meet a corner but his looping header bounced off the top of the crossbar. For The Imps, Montsma tried to take things into his own hands after making a confident run forward from halfway and bursting past a couple of Crewe players, but his low skidding effort flashed wide.

City did get their noses in front with just under ten minutes gone in the second half, Montsma played a clever ball into the feet of James Jones, he slid the ball wide to Scully, his low centre left HOPPER with the opportunity from close range and the striker did the rest.

Crewe got back on level terms however, as a corner from the left was met by SASS-DAVIES and his powerful header gave Palmer no chance.

Hopper flashed an opportunity from the edge of the box just wide of the mark as City showed no signs of letting their heads drop after the equaliser. McGrandles was a growing influence in the game with his energy and running, as he was involved down both the right and he won the corner which brought The Imps second goal.  Grant took the set piece and MONTSMA was there powering home at the back post, following the goal City were pressing forward with a new intensity. Jones fed Scully with a ball over the top, The Imps’ number 11 chased into the box then held up play for Bradley to hit a sidefooted effort which was deflected just over the top.

Crewe rallied with Kirk a threat, attacking with pace down the City right but he found Montsma in the way of his low cross, deflecting for a corner. The resulting flag kick found its way to Mandron but his header was matched by Palmer who dived to his right to grasp possession.  It was the last real effort that troubled the City goal despite some late pressure from the home side and Michael Appleton’s side now look confidently forward to the draw for round two. 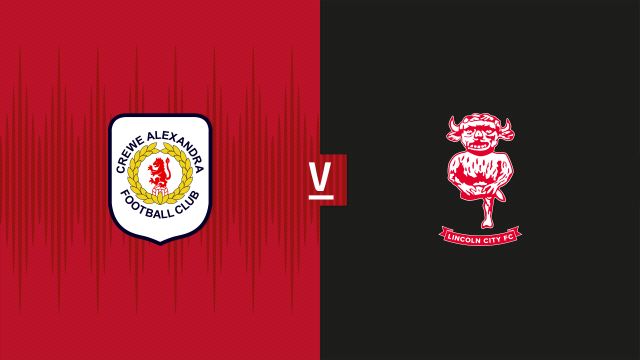 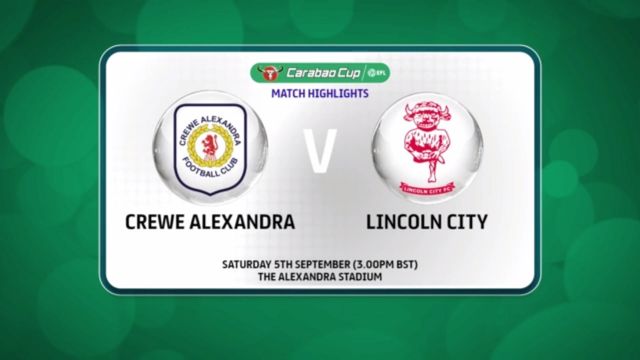 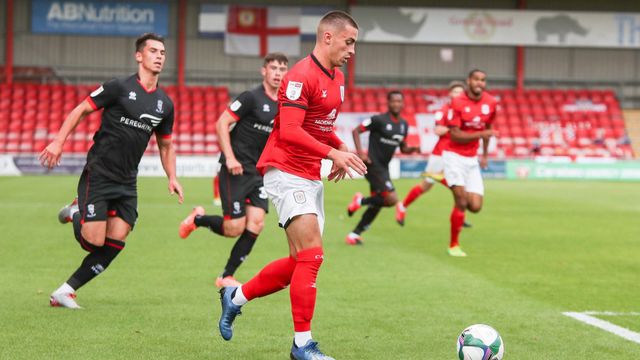