The Imps are back on the road this Tuesday travelling to The Energy Check County Ground as Michael Appleton's side face Swindon Town in Sky Bet League One.

City go into the game having picked up a point away to Accrington Stanley on Saturday, putting the Imps sixth in the Sky Bet League One league table.

Tuesday's opponents, Swindon picked up three points at the weekend with a 1-0 home win over Bristol Rovers thanks to Brett Pitman's 76th minute goal.

The Robins are currently 18th on the table following John Sheridan's arrival which has seen them secure four points from their last three games.

Swindon Town coach Tommy Wright praised the Imps ahead of Tuesday's fixture saying: “I think they’ll be one of the teams that is pushing for promotion, so it will be a very, very difficult game.

“We know we’re playing a good team, we know they’re very strong, but we know we can be better with the ball and I think we will be better on Tuesday.”

The 33-year-old spent last season on loan with the club joining the Robins from Shrewsbury, but made his move permanent in January. Grant was named Player of the Season for Swindon at the end of the 2019/20 campaign with 30 appearances and a Sky Bet League Two title to his name.

This season the midfielder has scored twice with his last goal coming against Plymouth in October.

The Imps got back to winning ways in a hard fought game against Swindon Town this evening.

Lewis Montsma was the man on the scoresheet, getting his seventh of the season to decide the game in the favour of Michael Appleton’s men on a brisk evening in Wiltshire.

City made four changes to the side who picked up a point against Accrington Stanley at the weekend with Tayo Edun, Anthony Scully, Brennan Johnson and Robbie Gotts all coming into the starting XI at the Energy Check County Ground.

The game started at a slow pace with neither goalkeeper being called into action with defences winning out, as proven when Lewis Montsma denied Hallam Hope from connecting with a low left wing cross. Brennan Johnson was the first to fire a shot goalwards for City, cutting in from the left wing before letting fly but his effort didn’t trouble Matej Kovar in the Swindon goal.

Jordan Stevens was an outlet for The Robins down their right but some terrific defending from Tayo Edun stopped the ball from coming into the box, Stevens did however win a corner but Hopper was back in the City area winning the aerial battle to nod clear of danger. The Imps striker was soon to be back in more familiar territory at the opposite end of the pitch, he nodded the ball down for James Jones to hit a looping, swerving volley which just curled wide of goal.

Michael Appleton’s side were slowly grasping some control of the game, having more possession and pushing further into opposition territory but the crucial final touch was proving elusive. Whilst the game stayed level and with City pushing forward, the home side aimed to catch The Imps on the hop, Stevens looked to latch onto a direct ball forward in behind the City defence but Adam Jackson was there to despatch the ball to safety.

Anthony Scully fired a low shot into the grasp of Kovar, then Hallam Hope’s effort for Swindon had a similar outcome as Alex Palmer took control just ahead of the half time whistle.

Within a couple of minutes of the restart, City were twice inches away from taking the lead first Jones hit a low skidding effort which deflected just wide before Johnson hit a shot with real venom that went over the top.

The Imps continued to look positive and Hopper showed all his determination to win a race with Mathieu Baudry to the ball in the left channel, then fire in a low cross which Kovar just managed to grasp at the second attempt. Anthony Grant hammered a shot from range in response which Palmer was right behind ahead of the game got a little fractious with some robust challenges flying in.

Montsma played a crossfield ball from right to left where Grant received before setting Edun on to cross, City won a corner from which a little panic ensued as it came in low into the heart of the area the ball was only half cleared to Liam Bridcutt tried a first-time effort but it flew wide of goal.

Jones curled in a tantalising low cross which Hopper couldn’t quite get to before Akin Odimayo cleared for a corner. The resulting ball in made its way to the back post where MONTSMA was there to head on target, Kovar was there but the assistant adjudged the ball to already be over the line despite the ‘keeper having his hands on the ball.

Swindon introduced former City player Jack Payne with ten minutes to go as they pressed for the equaliser, but The Imps looked resolute and well drilled. Swindon threw caution to the wind as the game went into stoppage time at the end of the game and Baudry headed just over from deep inside the City box, but that was the best they could muster as The Imps picked up three points and another clean sheet, making it two in successive away games. 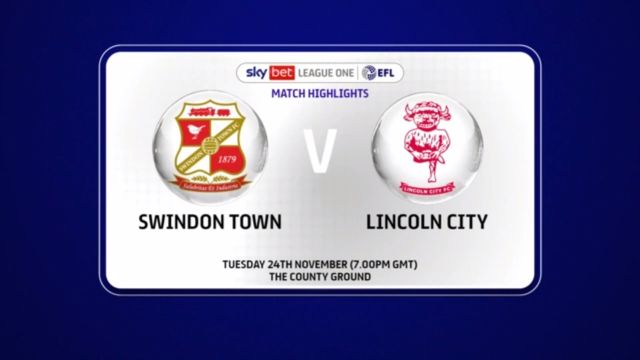 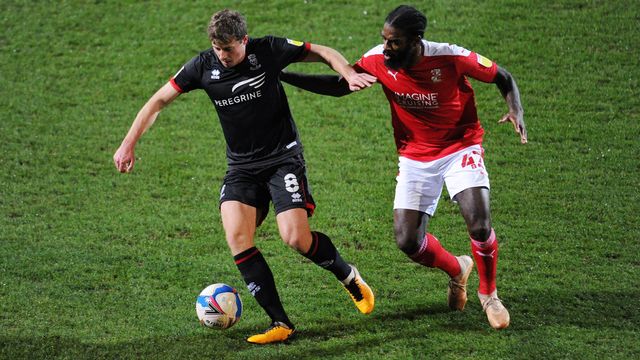