The Imps produced another outstanding display this evening after beating fellow promotion hopefuls Portsmouth 1-0 at Fratton Park. Substitute Morgan Rogers was the hero as his late goal sent City top of Sky Bet League One.

It was a damp and cold evening at Fratton Park as the Imps took on Portsmouth in a top of the table clash and it proved to be an entertaining affair between two sides fighting to get out of this league.

Michael Appleton made one change from Saturday's 2-1 victory over Northampton with Conor McGrandles returning to the side in place of Morgan Rogers.

The Imps in their all-black away strip started the game confidently, causing Pompey plenty of problems with numerous quick counterattacks, but they couldn’t quite get the early goal their play deserved.

City’s first opportunity arrived inside the first minute as an excellent passing move gave Jorge Grant the chance to slide in Anthony Scully, but his through ball had too much on it, and MacGillivray picked up on the loose the ball.

The Irish Under 21 international had the first shot of the game shortly afterwards as he picked the ball up 20 yards out, but his curling effort lacked power and it was a comfortable save for MacGillivray in the Pompey goal.

The chances were still arriving for Lincoln City as another crisp first-time passing move between Conor McGrandles and Tom Hopper led to a chance for Anthony Scully, but his powerful strike was well saved. In the 30th minute, TJ Eyoma did incredibly well to beat two players before steering the ball into the path of Jorge Grant who flicked it past his man but Whatmough dived in and caught the City midfielder. This tackle was deemed as serious foul play by the referee and the Pompey centre half was given his marching orders.

MacGillivray was called into action straight away as the resulting free kick was met by the head of Conor McGrandles who forced the home goalkeeper into another diving save.

Former Imp Sean Raggett was a constant threat from set pieces for Portsmouth as he saw his header fly over Alex Palmer’s cross bar following a cross from Marcus Harness.

City came so close to taking the lead in the 39th minute of the match. Brennan Johnson burst down the left wing beating two men before clipping a left footed cross into the area. Conor McGrandles got himself on the end of the cross but saw his headed effort tipped over the bar by MacGillivray in the Portsmouth goal.

The away side continued to knock on the door at Fratton Park as Tayo Edun found himself in space 20 yards from goal. His curling left footed effort was goal bound before the Pompey stopper did brilliantly well to tip the ball onto the cross bar before the home side cleared.

The home side started the second half well and looked fired up after that first half dismissal. John Marquis started to come into the game more with some nice touches in the City half, but he was well marshalled by Joe Walsh and Adam Jackson all evening.

The Imps quickly regained control though and the movement of the City players was excellent as Tom Hopper saw a shot blocked from 18 yards out as Sean Raggett got across well to avert the danger in the 53rd minute of the game.

MacGillivray was called into action once again in the 56th minute as Jorge Grant saw his effort from close range saved following more intricate play from Joe Walsh and Anthony Scully inside the Pompey penalty area.

Portsmouth threatened in the 61st minute of the match as Ryan Williams sprinted down the right wing before standing up a cross in the box but Alex Palmer did excellently well to flick the ball away from the on-rushing attackers.

Conor McGrandles continued to be a thorn in Pompey’s side as he rode a challenge in the box before pulling the trigger from close range but MacGillivray was equal to the strike as City searched for the winner.

Substitute Morgan Rogers had a penalty shout in the 72nd minute as he surged into the penalty area but the referee waved away the appeals much to the disappointment of the dugout.

City continued to dominate the match and the pressure paid off as the Pompey goal was finally breached in the 79th minute. TJ Eyoma beat his man on the right wing before whipping a ball to the back post which was met by Conor McGrandles. The Scottish midfielder calmly played the ball inside to Morgan Rogers who struck an instinctive left footed shot into the bottom corner from six yards. Portsmouth’s best chance of the game arrived shortly after the opening goal as Charlie Daniels’ set piece was headed towards goal by Tom Naylor but his effort was cleared off the line by the City defence.

City survived the late scare and held on for the win after a late flurry of long balls into the box from Pompey. The late strike from Rogers in what was the first senior goal of his career ensured Lincoln City picked up a huge three points as they return to the summit of Sky Bet League One. 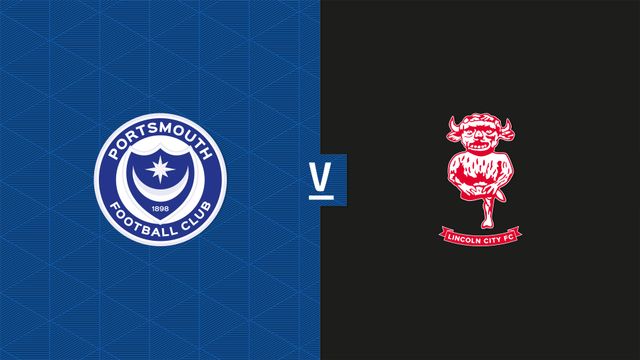 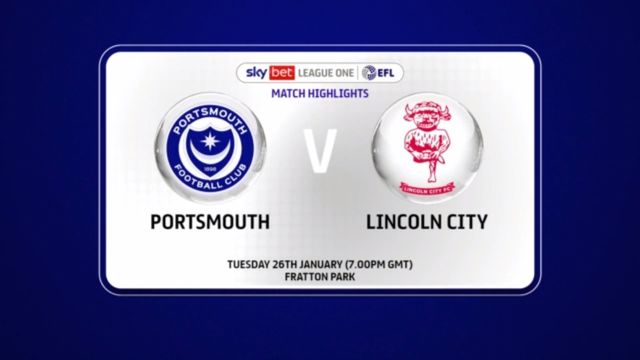 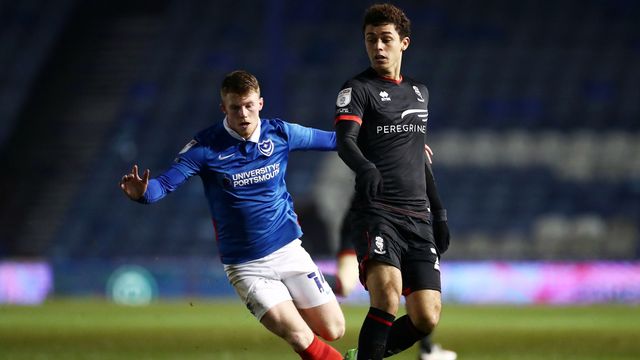