The Imps picked up another vital three points this afternoon in a hard fought 2-1 victory over Northampton Town. City were made to work hard for the points but Conor McGrandles and Anthony Scully scored late in the second half to seal the win. Danny Rose scored a brilliant consolation goal in stoppage time in what proved to be the last kick of the game.

Michael Appleton made three changes to the side that faced Peterborough United in the league with Tom Hopper, Joe Walsh and Morgan Rogers stepping in to replace Remy Howarth, Lewis Montsma and James Jones. Conor McGrandles was named on the substitutes bench following a spell on the sidelines with injury as Lewis Montsma missed out through a knock. Morgan Rogers was named in the XI for the first time following his loan move from Manchester City.

It was an interesting matchup this afternoon with two sides having contrasting styles of play. The Imps were patient in possession as they tried to break through the midfield whereas the visitors were keen to get the ball forward quickly on the counterattack.

The first chance of the game fell to Mickel Miller in the 7th minute as he struck a fierce left footed drive from 20 yards out, but Alex Palmer was equal to the effort with a comfortable save.

The visitors started the match strongly and looked threatening from set pieces and long throw ins as the Imps weathered the early storm at LNER Stadium.

City showed quality on the counterattack and were switching the play well in the early periods of the match. Jorge Grant linked up well with Brennan Johnson before TJ Eyoma was played in behind the Northampton defence but his cross into the box was cleared by the visitors.

The Imps’ first real chance of the game arrived in the 11th minute from a set piece. Jorge Grant whipped a teasing ball to the back post where Adam Jackson rose highest but couldn’t quite guide his header on target.

Anthony Scully was picking the ball up in great areas on the right of the front three and he played numerous dangerous balls into the 18-yard box, but the Cobblers defended sternly. Northampton Town created a half chance themselves in the 20th minute as Sam Hoskins twisted and turned on the edge of the City box, but his shot went well wide of the post.

The Imps were inches away from opening the scoring in the 36th minute as Joe Walsh saw his close-range effort saved on the goal line. Morgan Rogers produced a terrific piece of skill to beat Michael Harriman before whipping an excellent ball into the box which was cleared at the near post. Jorge Grant then played a reverse through ball to TJ Eyoma whose cross was met by Joe Walsh, but Jonathan Mitchell was on hand to make a fantastic stop to keep the scores level. The last chance of the half arrived just before the break as Jorge Grant’s free kick from 25 yards flew over the cross bar.

City almost took the lead in the 46th minute as Anthony Scully’s pinpoint cross towards Tom Hopper was flicked behind expertly for a corner by Michael Harriman. The resulting corner was well defended by the Cobblers as they cleared their lines.

Northampton threatened with a corner of their own but an electric counterattack from City followed. Brennan Johnson broke forward with pace before laying the ball wide to Anthony Scully, but the Irish U21 international's cross was blocked behind for another corner which came to nothing.

City centre half Adam Jackson then played a terrific 50 yard ball over the top of the defence to Tom Hopper, but former Imp Cian Bolger blocked excellently as the forward pulled the trigger from the edge of the box.

The Cobblers were still creating chances themselves as Will Hoskins burst down the right hand side before Joseph Mills struck from distance but his effort didn’t trouble the City defence.

The first goal of the game finally arrived in the 73rd minute as City took the lead in this match. It was the substitute Conor McGrandles who turned the ball home from close range with his left foot as the Cobblers’ defence was finally breached. Intricate play from Brennan Johnson, Jorge Grant and Tayo Edun led to the full back driving in an accurate cross towards the Scotsman who struck it first time with his left foot from six yards. Sam Hoskins was played in on goal by Benny Ashley-Seal in the 81st minute butLiam Bridcutt was on hand to make an unbelievable last ditch challenge to prevent the visitors from equalising and this proved to be a a pivotal moment in this game.

Northampton Town were throwing themselves forward in search of a goal which played into City’s hands in the 84th minute of the match as the Imps made it 2-0. Liam Bridcutt played a delightful forward pass to Tom Hopper who beat the offside trap, before showing great awareness by laying the ball across goal for Anthony Scully, who finished confidently from 12 yards.

Will Hoskins produced a moment of magic in stoppage time as he chested the ball down before volleying the ball from 25 yards but his brilliant effort rebounded off the post. Substitute Danny Rose halved the deficit with the last kick of the game as his spectacular overhead kick flew into the corner but the Imps took the vital three points to maintain their place in the top two. 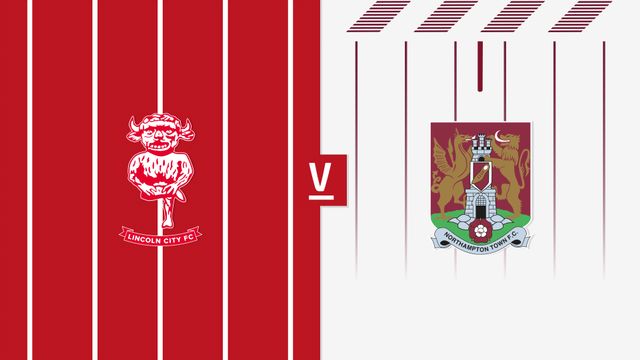 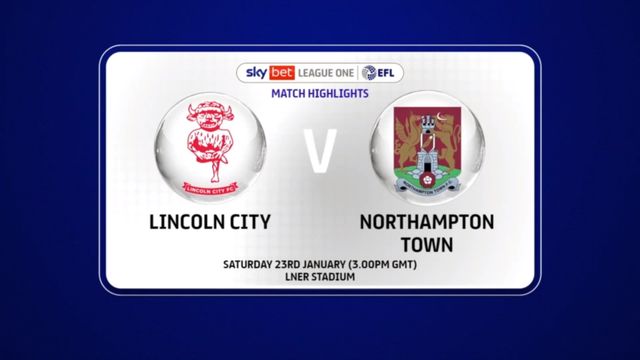 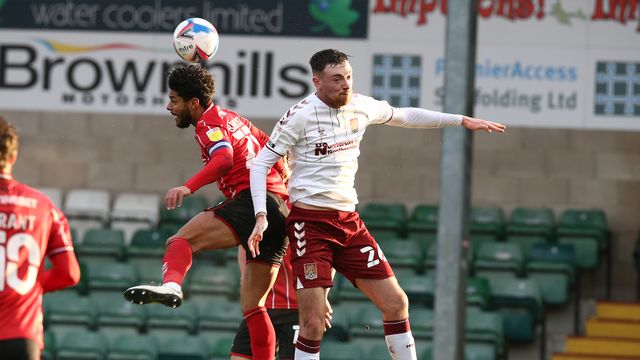