Michael Appleton's side start the new year with an away trip to AFC Wimbledon on Saturday as the Imps visit new Plough Lane for the first time.

City supporters can watch the action unfold live on WeAreImps iFollow, get your match pass HERE!

The Imps go into the fixture having beat Burton Albion 5-1 at LNER Stadium on Boxing Day, AFC Wimbledon faced Oxford United that day but were unable to secure three points as The U's won 2-0.

Wimbledon last picked up points in a 1-1 draw against Sunderland with Joe Pigott scoring from the penalty spot in the 42nd minute. Pigott was also on the scoresheet as his side beat Peterborough United 2-1 at the start of December.

Glyn Hodges' side currently sit 18th in the Sky Bet League One table with 21 points from 19 games this season.

Currently third in the League One top scorers chart, Joe Pigott has been at the club since 2018 making over 100 league appearances.

The AFC Wimbledon forward has scored 12 goals in all competitions so far this season, his most recent coming against Sunderland on 15th December.

Despite a slight injury knockback, Glyn Hodges has said Pigott could be in contention to return when the Dons face Lincoln this Saturday.

Make sure you watch the Imps kick of 2021 with Sky Bet League One action against AFC Wimbledon.

Get your match pass HERE to watch the game LIVE!

The Imps picked up another fantastic three points on the road this afternoon and extended their lead at the summit as they defeated AFC Wimbledon 2-1 with the goals coming from Tayo Edun and Tom Hopper.

City made just one change to the side this afternoon with Liam Bridcutt returning from injury to captain the side in place of Remy Howarth who dropped to the bench. Harry Anderson did not make the match day squad due to illness and is now self-isolating as a precaution.

Both sides started the match quickly, and it was AFC Wimbledon who fashioned the first chance of the match. A long ball over the top was held up by former Imp Ollie Palmer, who laid the ball off neatly to Jack Rudoni, but his shot was blocked excellently by Walsh and City cleared their lines.

City were looking comfortable in possession and were quick to counter in the early stages as both sides tried to get a foothold in the match.

Neat intricate play between James Jones and Brennan Johnson led to an opening for TJ Eyoma, but his cross was blocked behind for a corner. The early pressure paid off as the Imps took the lead in the 8th minute. Jorge Grant whipped in the resulting corner and the ball fell on the edge of the box to Tayo Edun, who struck a sweet first-time effort with his weaker right foot into the bottom corner to make it 1-0 to City. Jorge Grant’s excellent set piece deliveries were causing the home side problems as another corner was met by Lewis Montsma, but the Dutchman could only head over the bar.

AFC Wimbledon’s first real chance of the half arrived in the 23rd minute as a deep cross was met by Joe Pigott who rose highest in the penalty area, but he headed wide of the post. Alex Palmer was then called into action for the first time shortly afterwards as Pigott capitalised on a lapse in the City defence. The Dons attacker curled a shot at goal which was parried to safety by the Imps’ number one as City cleared.

The Dons continued to threaten before equalising in the 31st minute through Ollie Palmer. McLoughlin dug out a deep cross and Palmer was on hand at the back post to nod in from close range making it 1-1.

City almost instantly responded as Anthony Scully whipped in a cross towards Jorge Grant, who set Brennan Johnson up for the shot, but it fell inches wide of Trueman’s right post. The chances were still arriving for the Imps as Anthony Scully and Tom Hopper both had chances but two last ditch tackles prevented the away side from taking the lead.

The home side were picking up plenty of free kicks in dangerous wide areas but City held firm as the sides went in all square at half time.

The Imps started the second half strongly but couldn't find the early breakthrough that their play deserved. Tayo Edun was linking up well with the City forwards as he played a precise pass to Tom Hopper who calmly laid the ball off to Jorge Grant. The midfielder whipped in a terrific ball with the outside of his boot, but his pass evaded everybody and the home side cleared.

Brennan Johnson had the beating of his man all evening and the Welsh international fired in numerous excellent crosses into the six yard box but no Imps player was on hand to convert the opportunities.

AFC Wimbedon did threaten and almost took the lead in the 59th minute as Jack Rudoni got in behind the City backline, but he dragged his left footed effort wide of Alex Palmer's post.

Anthony Scully was a constant threat down the right hand side as he timed his runs to perfection on the shoulder of the last man, but stern defending from the Dons defence prevented him from finding the net on two occasions.

Jorge Grant almost produced a moment of magic with a delightful backheel following a cut back from Anthony Scully but Trueman was on hand to keep the score level.

As we entered the final ten minutes of the match, City were still on top and having plenty of joy in wide areas. Anthony Scully and Brennan Johnson continued to expose the AFC Wimbledon backline but City failed to convert their chances.

The chances were arriving for City and the second goal for the away side finally arrived in 83rd minute. A poor clearance inside the 18 yard box presented Jorge Grant with the ball who calmly passed the ball to Tom Hopper who made no mistake with his left footed drive into the bottom corner to make it 2-1. Tom Hopper's sixth goal of the season ended up being the winner as Lincoln City secured another vital three points to extend their lead at the top of the Sky Bet League One table. 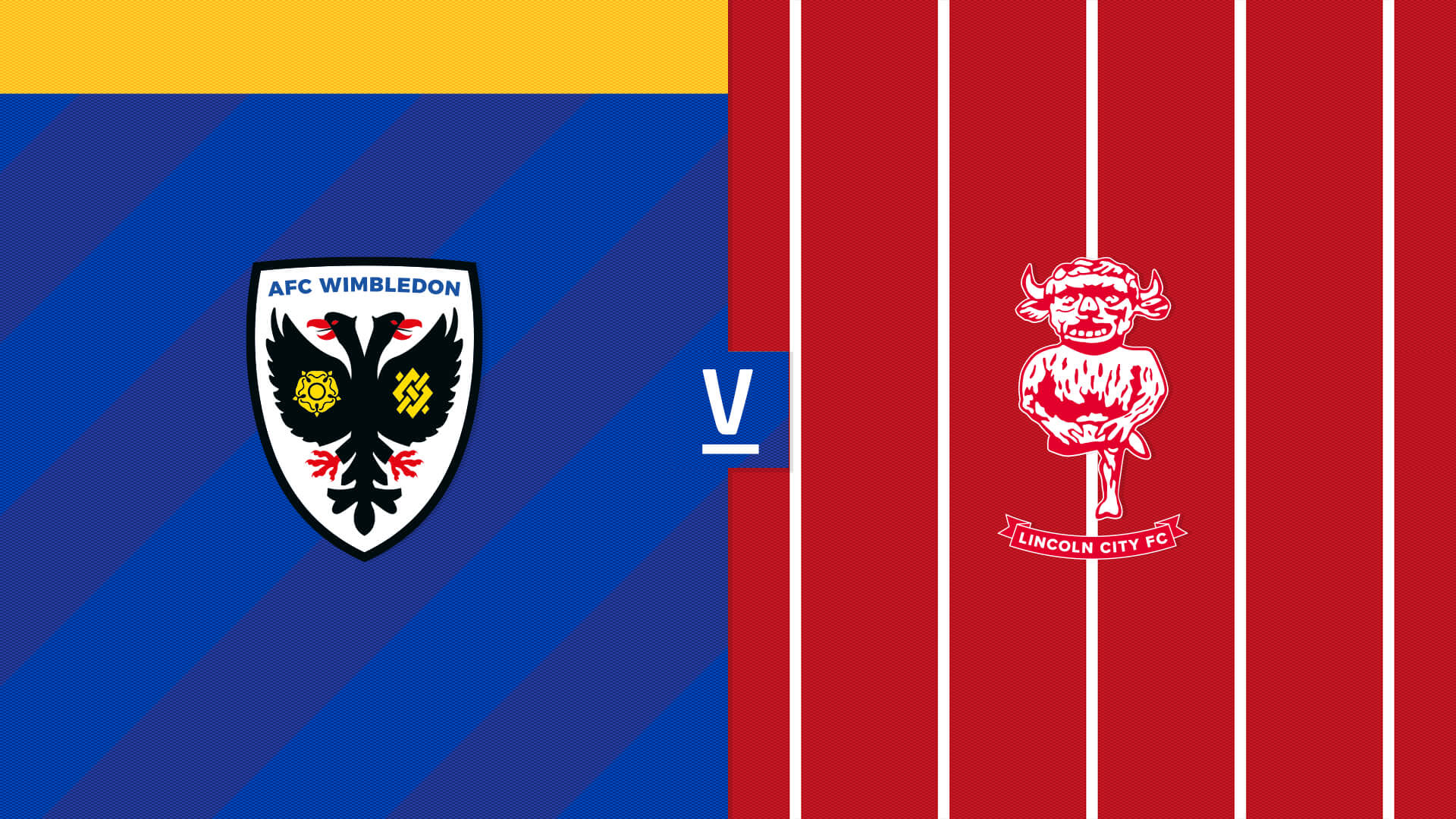 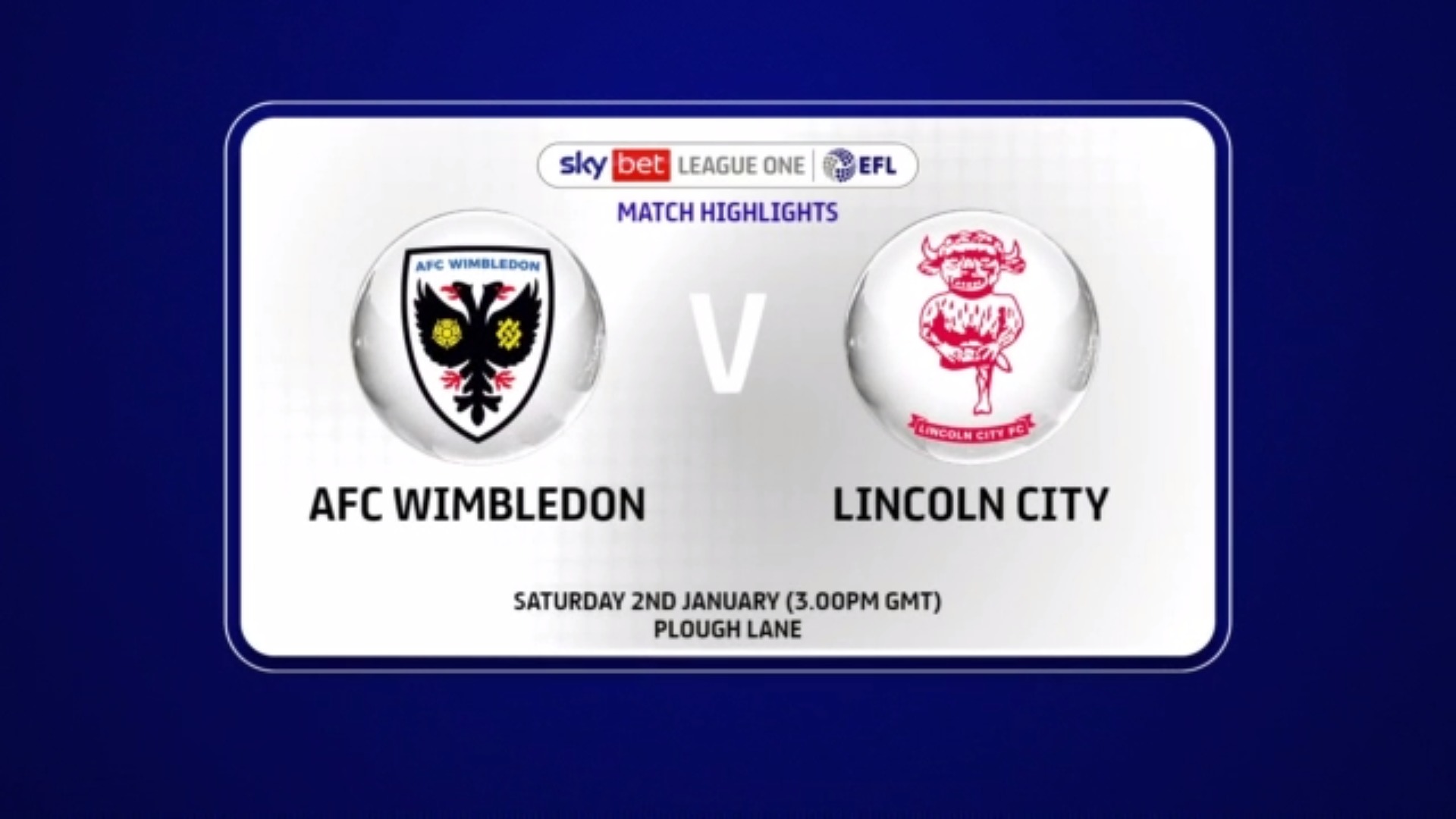 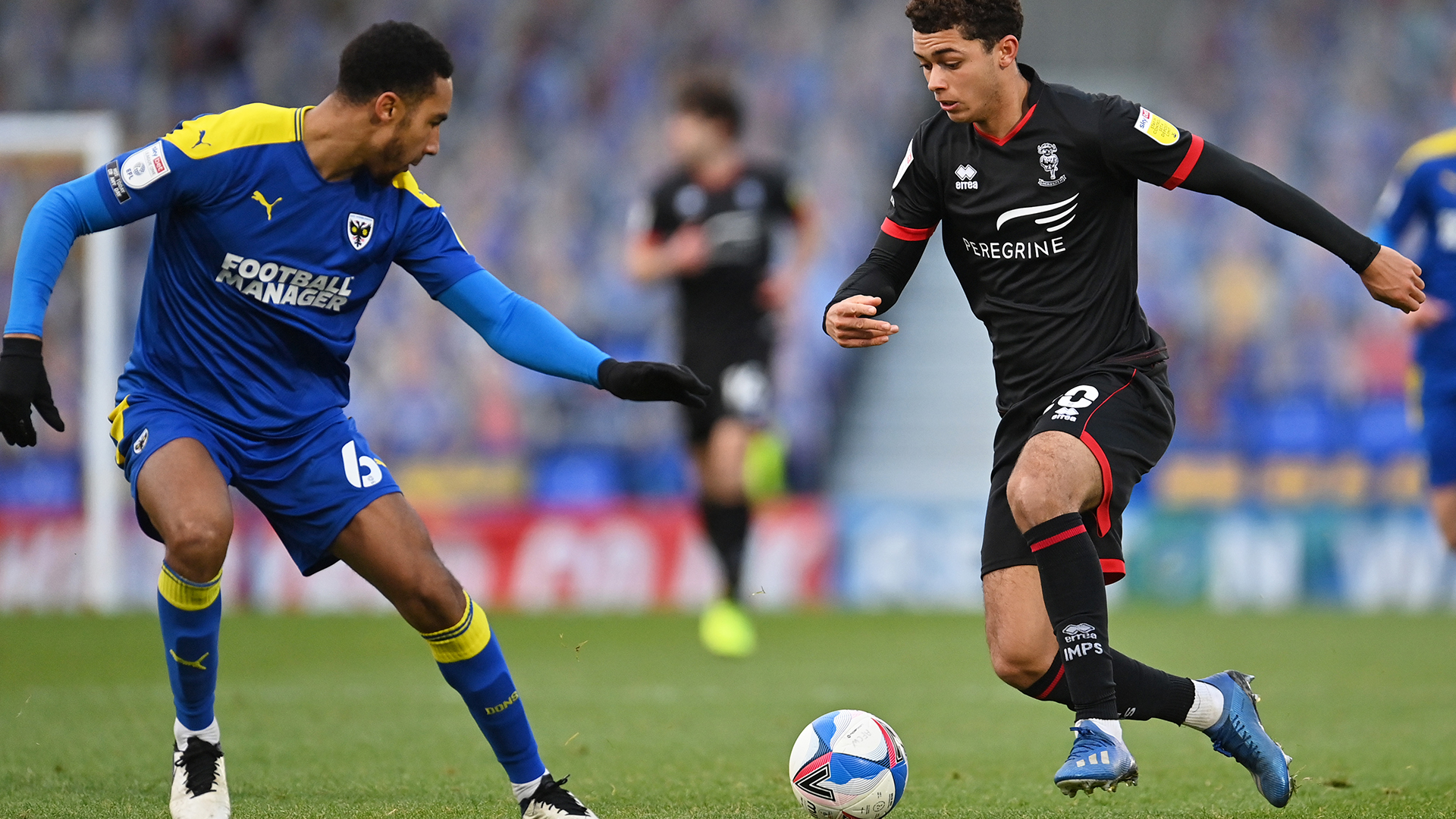