Lincoln City fell to a harsh narrow defeat against Plymouth Argyle this afternoon as the home side picked up a 4-3 win.

Michael Appleton named two changes to the side which drew with Swindon as Regan Poole and Tayo Edun returned to the side in the full back positions.

It was a glorious sunny afternoon at Home Park and the match proved to be another entertaining affair between two sides pushing for the promotion places.

The home side took an early lead here in the 3rd minute of the match with the first chance of the game. Conor Grant found himself in space on the right wing before whipping in a dangerous cross which wasn’t cleared, and Kell Watts was in the right place at the right time, to notch from close range.

It was an open game in the early periods of the match as City broke forward quickly in the 5th minute, but Morgan Rogers’ cut back deflected away from the forwards arriving into the box, and the home side cleared.

The Imps responded after that early set back with some good spells of possession, but the next chance fell to Plymouth, and they made it 2-0. Danny Mayor was the goal scorer as he cut inside on his right foot, before hitting a low shot past Alex Palmer in the City goal. Lincoln City halved the deficit in the 22nd of the match through Conor McGrandles. Anthony Scully burst forward with pace before passing the ball inside to McGrandles who turned his man twice, before placing a beautiful shot into the corner from the edge of the box.

The goal back had galvanised the away side as Lincoln began to dominate possession as they searched for the equaliser in this match.

City created half chances as Jorge Grant had two attempts from long range, but neither effort did enough to concern Michael Cooper in the Argyle goal.

Morgan Rogers and Tayo Edun were linking up well in the middle of the park as the loanee from Manchester City hit a dangerous left footed volley, but it was blocked behind for a corner, which led to nothing.

Lincoln were still pushing forward as McGrandles linked up well with Regan Poole before the Scotsman fired a shot at the near post, but the Argyle keeper was alive to the effort, and parried it away.

The Imps started the second half brightly and threatened from an early set piece before Jorge Grant, Tom Hopper and Anthony Scully linked up well, but the former Irish U21 internationals cross across goal missed everybody, as the hosts were let off.

Plymouth Argyle were on the back foot as Brennan Johnson almost guided a left footed shot into the bottom corner, but Michael Cooper got down well to his left, to tip the ball wide.

Anthony Scully was causing numerous problems with his excellent movement coming off the right wing as he forced another great save from Cooper, but the linesman’s flag was raised.

The Imps were rewarded for their great start with a penalty in the 58th minute of the match as Brennan Johnson showed lightning quick pace to burst away from the Plymouth defence, and he was tripped leaving the referee with an easy decision to make. Jorge Grant stepped up confidently and levelled the scores here at Home Park as he passed the ball down the middle to make it 2-2. The Imps had their tales up as Morgan Rogers did brilliantly to pick the ball up in space before laying it wide to Brennan Johnson who fired a rasping drive at goal, but Cooper did well to get behind the effort.

City were playing well here on the south coast as Jorge Grant did excellently well to nutmeg Danny Mayor who dangled out a leg and fouled the Imps' skipper in the penalty area. Jorge Grant picked himself up and confidently despatched his second penalty of the game to fire City into the lead. The men in red and white stripes were creating chances at will and Tom Hopper had a great chance to make it 4-2. Scully did brilliantly well to pull the ball out of the sky before passing inside to Hopper, but the centre forward's left footed effort drifted just wide of the post with the goalkeeper beaten.

Ryan Hardie burst through on goal as he looked to take it round Alex Palmer but Tayo Edun was on hand to make an astonishing last-ditch challenge to prevent the Argyle centre forward from scoring before Alex Palmer spread himself brilliantly to deny the rebound as the home side pressed for an equaliser. Argyle found the equaliser in the 77th minute of the match as they made it 3-3. Conor Grant had a strike from distance which looked to be going wide, but it deflected in past Alex Palmer in the City goal.

Brennan Johnson burst through on goal before passing the ball towards goal but Michael Cooper was equal to the effort and the rebound didn't quite fall for Morgan Rogers.

Argyle almost scored themselves as Danny Mayor played a great one-two before firing a shot on goal which was well blocked by Adam Jackson in the City defence as both sides pushed on.

Unfortunately for City, Plymouth Arygle nicked the winner in stoppage time which was a cruel blow to Lincoln who had played well for such a large spell in the game. Joe Edwards hit a dipping volley into the bottom corner from the edge of the box to pick up the three points. 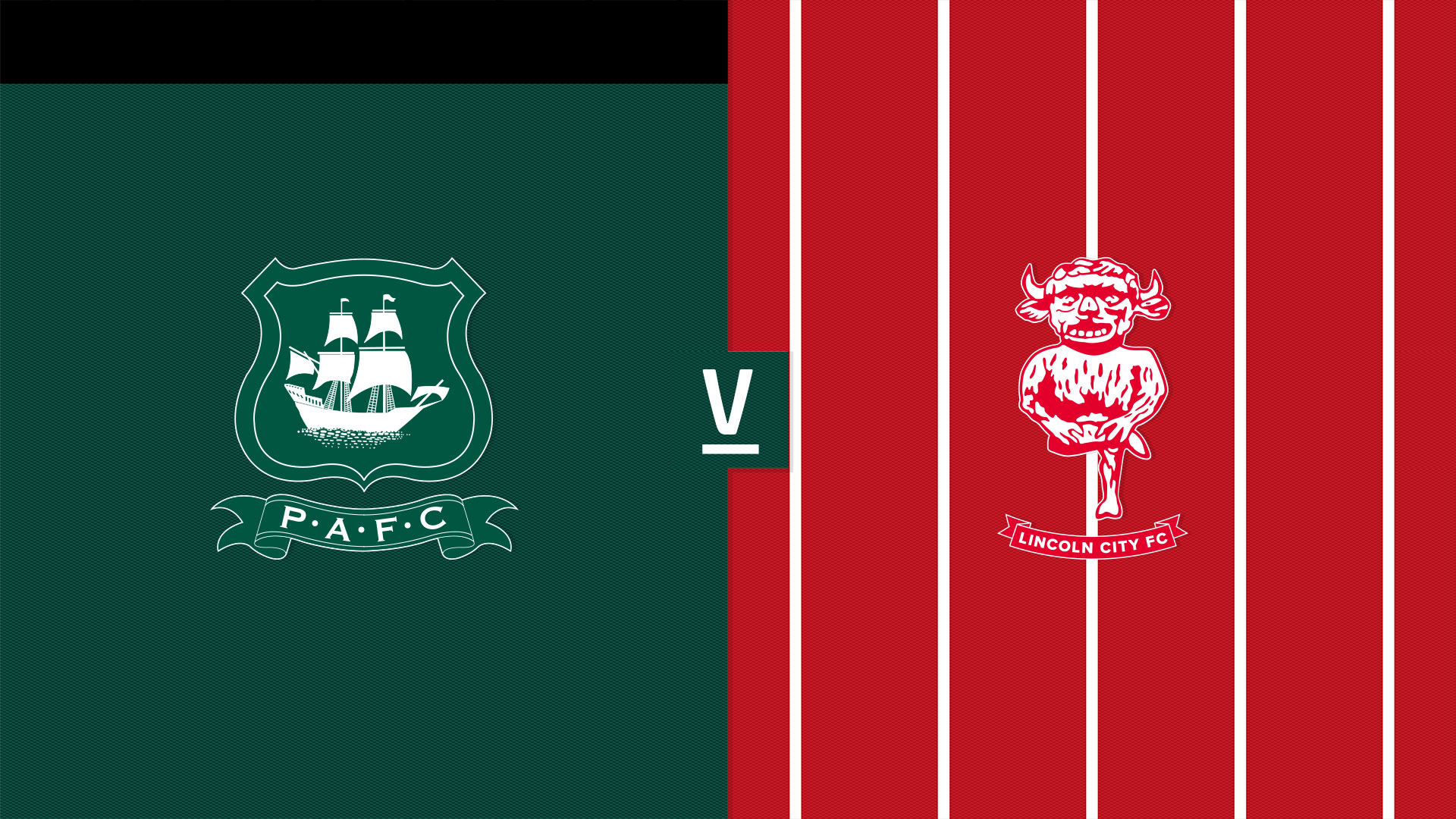 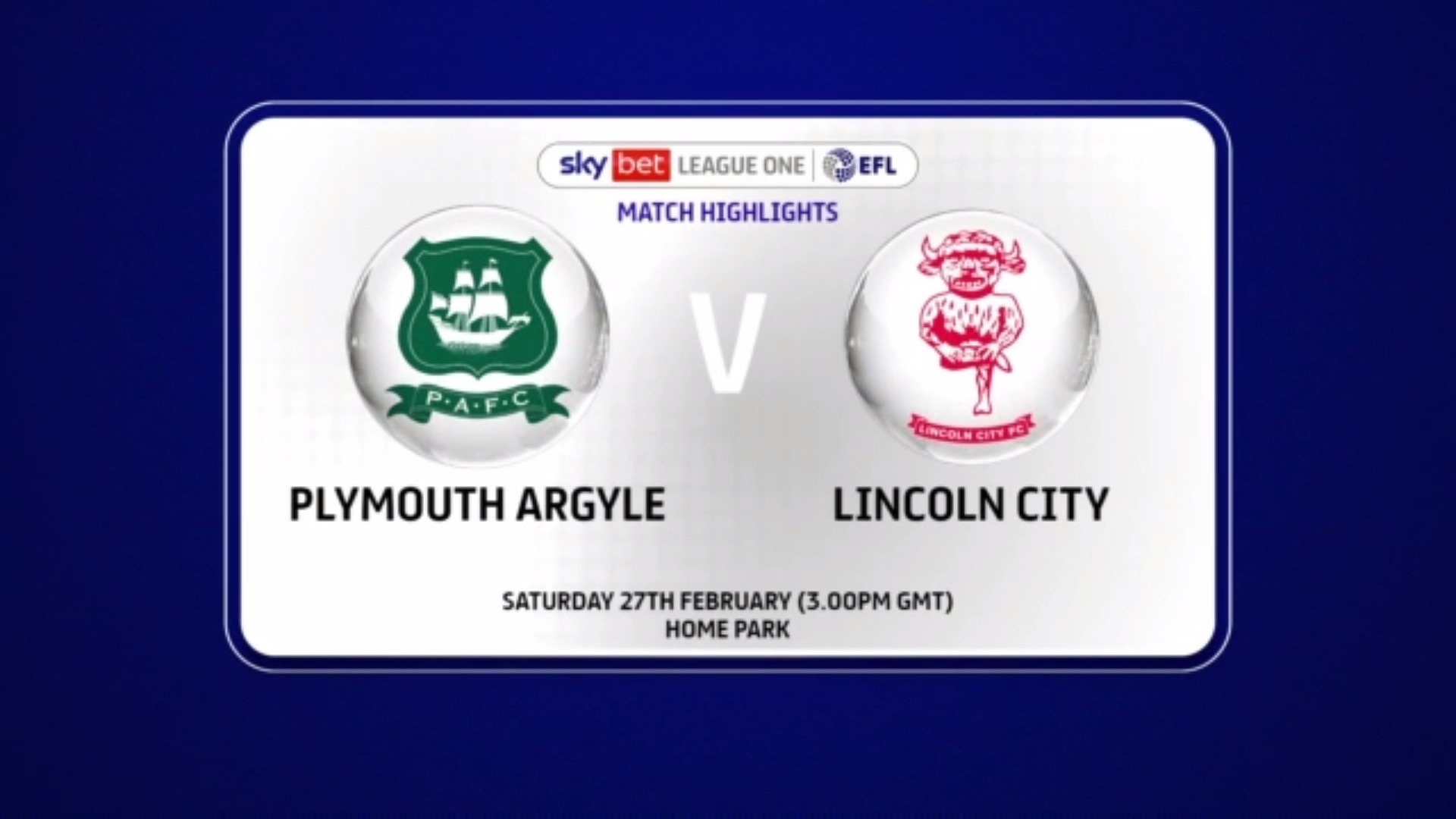 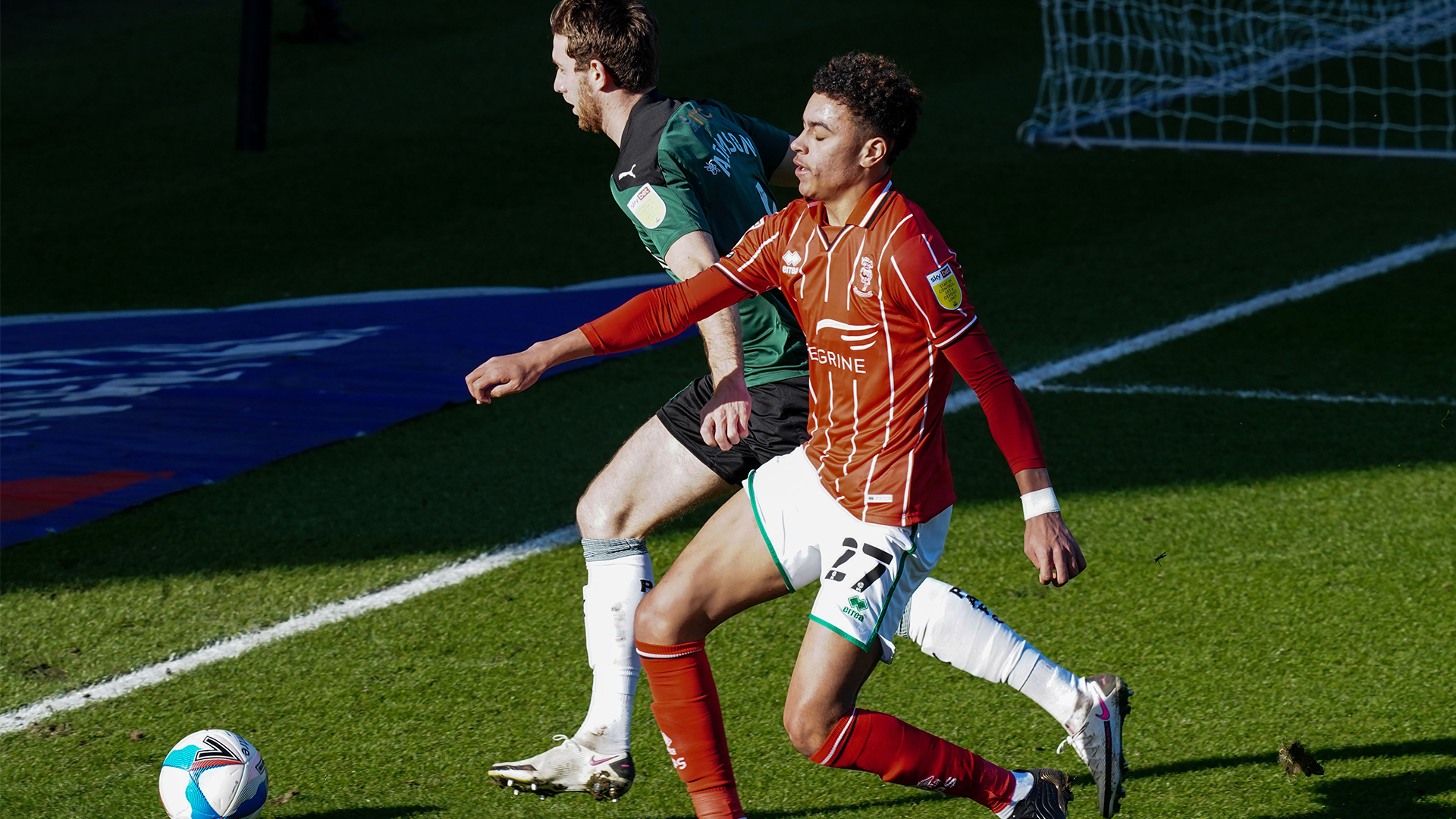