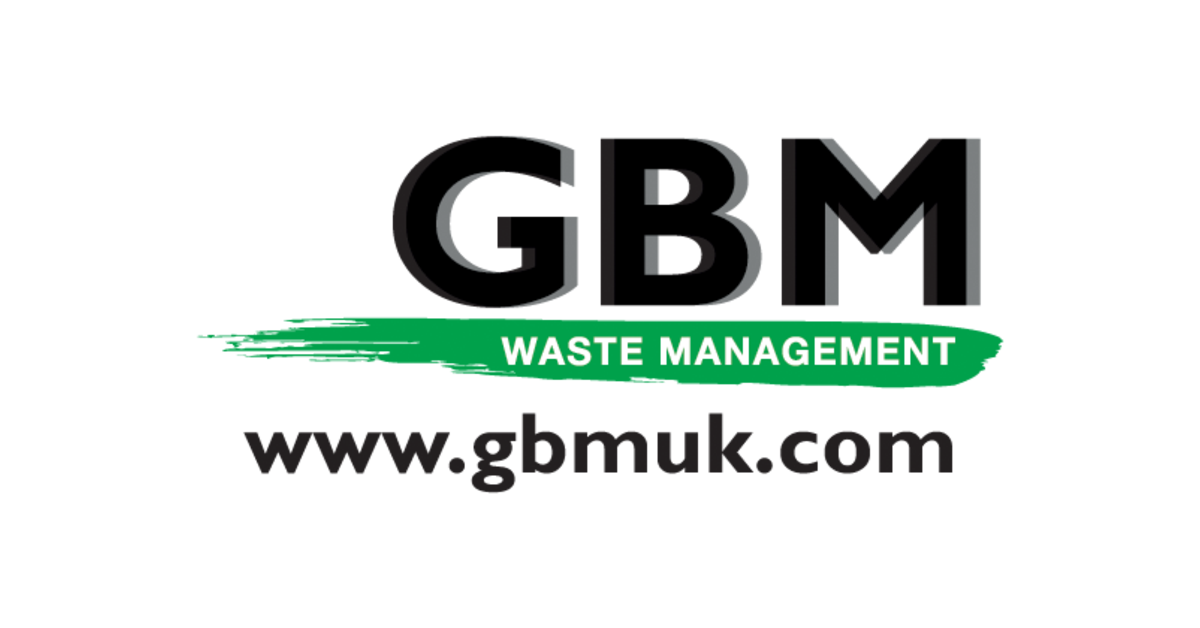 The Imps points were shared on Valentine's Day at LNER Stadium as Lincoln City drew 2-2 with Accrington Stanley. Dion Charles' early strike was cancelled out by Morgan Rogers and Tom Hopper before Charles equalised late on in an entertaining affair.

Michael Appleton made four changes to the side that drew 0-0 with Hull City last week with Poole, Montsma, Jones and Bramall replacing Eyoma, Jackson, Bridcutt and Edun.

It was a bitterly cold evening at LNER Stadium and the visitors started the match strongly. The first chance of the game fell to the away side as Michael Nottingham burst down the right wing before passing the ball inside to Colby Bishop, but his shot was blocked and the home side cleared.

The early pressure from Accrington paid off as Dion Charles opened the scoring in the 6th minute of the match. Alex Palmer’s clearance was cut out by the centre forward who shifted the ball onto his right foot before smashing the ball into the net.

City looked dangerous on the break as Morgan Rogers picked up the ball in a deep position before running at his full back and drawing the foul. Jorge Grant’s deep free kick into the box caused problems for the visitors, but Lewis Montsma couldn’t quite get on the end of it as Accrington cleared. The Imps started to up the tempo in this match as Brennan Johnson was so close to capitalising on a loose ball inside the Accrington box, but the ball wouldn’t drop for him as the visitors cleared their lines.

City created another chance from a set piece as Brennan Johnson was fouled this time. The ball swung in again by Imps skipper Jorge Grant, was headed over by Imps' centre half Joe Walsh.

Tom Hopper was close to equalising in the 42nd minute of the match as a cross from Jorge Grant was poked towards goal but two Accrington centre halves were on hand to stop the centre forward.

Lincoln City and Accrington both created half chances as the half time whistle approached but it the men in white who led at the break.

The visitors started the second half quickly with a number of set pieces, but Tom Hopper was on hand at the front past to make multiple clearances.

The Imps raised their game before equalising in the 53rd minute of the match and it was a terrific goal headed in by Morgan Rogers. Conor McGrandles fizzed the ball out wide to Brennan Johnson who lifted a delightful cross into the penalty area, and it was met by Morgan Rogers who made no mistake, to make it 1-1. Accrington Stanley were still threatening in this game as Michael Nottingham whipped in a cross which was headed goal wards by Cameron Burgess but it bounced over Alex Palmer’s crossbar.

City created another fantastic opportunity just after the hour mark as Jorge Grant played the ball out wide to Tayo Edun who cut the ball back perfectly for Morgan Rogers, but he couldn’t quite connect with the ball as Accrington were let off the hook.

Paul Smyth was looking extremely dangerous for Accrington with his direct running on the break but two of his efforts from the edge of the 18-yard-box didn't trouble Alex Palmer.

It was end to end stuff at LNER Stadium and it was City who grabbed the next goal in the 84th minute. Jorge Grant's deep cross to the back post was headed home excellently from a tight angle by Tom Hopper, who notched his 8th league goal of the season. City were pressing for a third and it was a whisker away as Morgan Roger's snapshot was saved by Nathan Baxter, but the rebound didn't quite fall for Brennan Johnson as the visitors managed to clear.

Accrington Stanley were pushing for that equaliser and it arrived in stoppage time through Dion Charles. A hopeful ball into the box was brought down well by the centre forward before he hit a left footed drive in off the post to make it 2-2.

City pressed for the winner in added time but Accrington held firm but the point ensured that the Imps extended their lead at the top of the table. 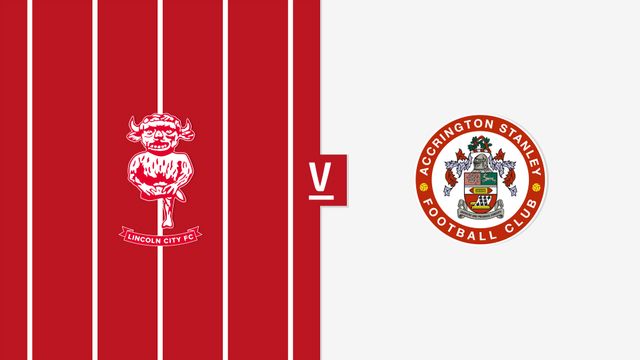 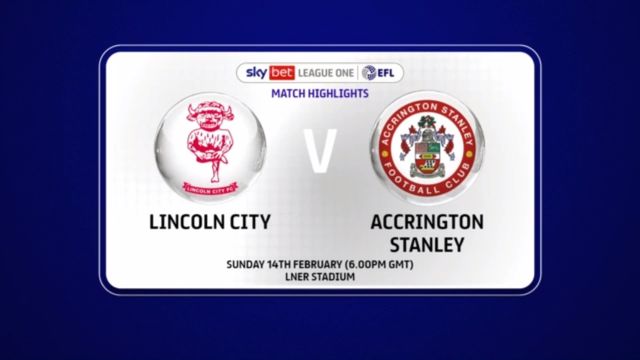 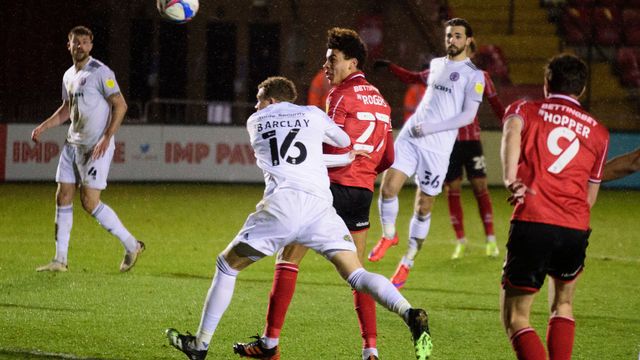