Our Sky Bet League One fixture against Hull City will be played on Tuesday 9th February with a 7pm kick-off time.

The Imps picked up an important point on the road against fellow promotion rivals Hull City this evening in blistering snowy conditions. It was a tightly fought contest between two good sides which ended 0-0.

Michael Appleton named an unchanged side to the team which defeated Gillingham 3-0 last Friday as the Imps searched for another victory on their travels.

Hull City started the game extremely quickly here at the KCOM Stadium and almost took the lead within the first thirty seconds of the match. Keane Lewis-Potter picked up on a loose ball before trying his luck from distance. His effort took a wicked deflection which bounced off the underside of the bar before Joe Walsh could clear the danger. City managed to weather the early storm before their first opportunity arrived in the 5th minute of the game. TJ Eyoma burst down the right wing before playing a teasing ball across the six-yard box, but Tom Hopper was inches away from tapping the ball into an empty net.

The Tigers were seeing much of the ball in the opening ten minutes of the match, but the Imps were quick to counterattack when given the opportunity.

The Imps were so close to taking the lead in the 14th minute of the match and it was the man on loan from Manchester City with the chance. Jorge Grant played a precise pass behind the Hull defence to Morgan Rogers who cut inside his man, before curling a right footed shot inches wide of the post. City began to get a real a foothold in the game and had a penalty shout in the 16th minute. Morgan Rogers played a neat pass in the area to Tayo Edun who appeared to be fouled, but the referee waved away the protests.

Lincoln City were forced into an early change in the 23rd minute of the match as James Jones came on to replace Liam Bridcutt who had picked up a knock.

The Tigers had another good spell of their own as full backs Lewie Coyle and Tom Elder both had half chances from distance but neither effort troubled Alex Palmer in the City goal.

The final real chance of the half arrived for Hull City as an in swinging free kick was met by Josh Magennis, but his header looped over the cross bar.

The beginning of the second half remained a cagey affair with both defences on top. A neat one-two between Tayo Edun and Tom Hopper gave the left back a chance to curl in a cross, but Reece Burke was on hand to clear the danger.

City began to stamp their authority on the game with further good spells of possession, but Hull City defended sternly and were quick to counter.

The home side almost took the lead in the 60th minute as Greg Docherty struck a sweet right footed shot at goal. Adam Jackson appeared to make a well-timed challenge on the edge of the box, but the referee awarded a free kick to Hull. The ball in was well cleared by City before the rebound fell to Docherty, but his shot flew wide.

In the 63rd minute, manager Michael Appleton opted to freshen up the City defence with Regan Poole and Cohen Bramall (who made his debut) replaced TJ Eyoma and Regan Poole.

The Imps created a good chance of their own in the 65th minute as Tom Hopper released Brennan Johnson, who’s clever backheel fell perfectly into the path of James Jones, but the midfielder couldn’t keep his shot down and the ball flew over the bar.

Cohen Bramall and Tom Hopper were found in space on the left-hand side but Hull dealt with both balls into the box. It was panic stations for Hull City in the 73rd minute as a scramble in the box took numerous attempts to clear as the Imps pressed for the opener but the Tigers scrambled it clear. The chances were starting to arrive for the Imps as Morgan Rogers showed great skill to beat his full back before he passed the ball across to James Jones who had a sight at goal, but his right footed effort didn’t trouble Matt Ingram in the Hull net.

It was end-to-end here at the KCOM and Hull City responded well with an attack of their own. Greg Docherty played the ball over the top to Tom Elder who cut the ball back with his left foot, but Keane Lewis-Potter blazed over the bar from close range.

Lincoln City responded immediately as Brennan Johnson was found in space on the right-hand side before he fired a rasping drive at goal which Ingram could only parry, but the ball bounced away from Tom Hopper as he was ready to pounce on the second ball. Imps forward Tom Hopper had a good shooting opportunity in the 87th minute as Cohen Bramall found him well on the edge of the box, but the ball took a bobble as he shot, before heading wide of Matt Ingram's goal.

Josh Emmanuel rode two challenges before winning a free kick on the byline which gave George Honeyman the opportunity to deliver but Joe Walsh and Adam Jackson defended excellently all night to keep the hosts out.

Both sides were pushing hard to find the winning goal but neither team could find the breakthrough in this top of the table clash as City took home a point to maintain their position at the summit of Sky Bet League One.


Our Sky Bet League One fixture against Hull City will be played on Tuesday 9th February with a 7pm kick-off time. 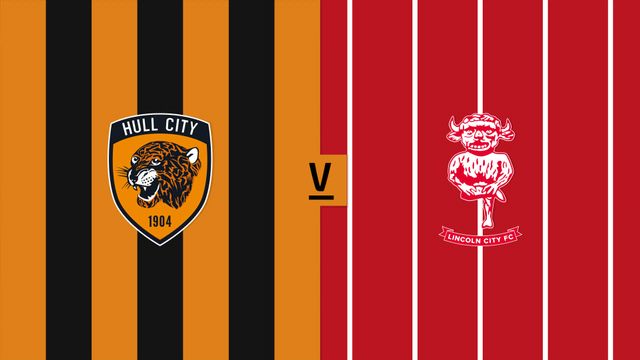 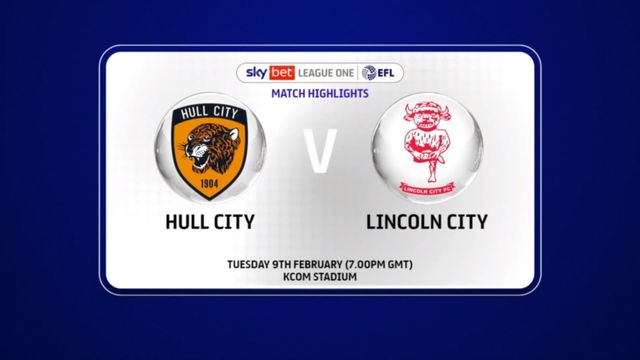 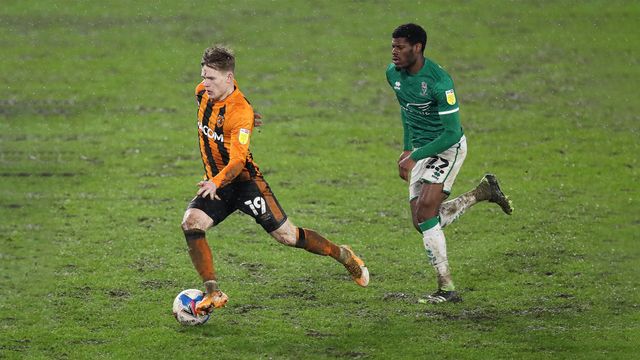