Lincoln City progressed to the Semi Final of the Papa John's Trophy via a penalty shoot out and Alex Palmer was the hero, as he made three saves to secure the Imps' place in the last four. Harry Anderson's opener was cancelled out by Greg Docherty which meant penalties were needed to decide the winner, and it was City who came out victorious.

Michael Appleton made 5 changes to the side from the weekend with Lewis Montsma, James Jones, Anthony Scully, Remy Howarth and Harry Anderson all being recalled to the side for tonight’s Papa John’s Trophy Quarter Final match. Liam Bridcutt was rested this evening with new signings Regan Poole, Cohen Bramall and Max Sanders being unavailable for selection following their moves to LNER Stadium.

It was a really positive start to the match from both sides who were keeping possession well in the early periods. Despite the poor playing surface, both teams were looking to move the ball quickly in midfield and it proved to be an entertaining affair.

The first chance of the game fell to Harry Anderson and he fired City into the lead in the 7th minute. The Imps broke from midfield as Brennan Johnson played a neat ball out wide to Anthony Scully, before the Irishman crossed a ball into the six-yard box, and Harry Anderson timed his run to perfection, before passing the ball neatly into the bottom corner. Hull City were a threat in this game and had half chances from distance, but it was Lincoln who came closest to scoring the second goal of the game.

Quick intricate play between three City players led to James Jones finding space from distance before he hit a rasping drive from 30 yards which had Matt Ingram scrambling, but the ball flew just past the post.

The Tigers responded well, and their first real chance of the game arrived in the 22nd minute. Dan Crowley played a one-two with Josh Magennis before receiving the ball back 25 yards from goal, but his curling right footed effort flew just wide of Alex Palmer’s left hand post.

Lincoln City’s number one was called into action almost immediately afterwards as Keane Lewis-Potter was played in behind the City defence, before he unleashed a fierce drive at goal, but an instinctive diving save prevented the Tigers from equalising.

As the home side were pushing for a goal back, Brennan Johnson had a chance to double the lead as he won back possession on the half way line before showing electric pace to drive at Hull City’s defence, but a heavy touch allowed Matt Ingram to gather. A battling first half display came to a close with the Imps leading 1-0 at the break.

The home side started the second half strongly and Alex Palmer was called into action again as Josh Magennis was first to react to a scramble in the penalty area, but his tame effort was kept out well by the Imps’ stopper.

The away side then had a good spell in the game as they were creating pressure with numerous corners and free kicks but Hull City were defending well and quick to counter. Hull then began to raise the tempo and the Tigers fired balls into the Imp’s penalty area, but Alex Palmer showed great confidence to claim the ball on both occasions to ease the pressure on the City defence.

The equaliser for Hull arrived in the 60th minute via Greg Docherty and it was a fantastic solo goal. The Scotsman rode two challenges before striking the ball sweetly from the edge of the box, leaving Alex Palmer with no chance.

The home side were still pressing and Dan Crowley had a great chance to fire them in front in the 63rd minute with a volley, but Lewis Montsma was in the right place, at the right time to make a tremendous block to save a certain goal.

The pitch continued to deteriorate as the second half progressed with the ball holding up in awkward areas, much to the frustration of both teams. Lincoln City worked a corner well as Brennan Johnson found space on the edge of the box before having his shot blocked behind for a corner, which came to nothing.

The chances were still arriving in this game as Keane Lewis-Potter, who looked lively all evening, tried an audacious shot from distance but his effort went wide. As we entered the last 20 minutes it was end to end, with both sides going for the win in this entertaining Quarter Final.

TJ Eyoma then drifted centrally in an Imps attack as he swivelled on the edge of the box before striking a left footed curler from range, but his effort narrowly flew over Matt Ingram’s crossbar.

The men in green had a great chance to take the lead in the 82nd minute as Tom Hopper pick pocketed Reece Burke, before running down the left wing. He calmly played the ball to Brennan Johnson on the edge of the penalty area, but the ball held up on the surface and the chance was spurned.

Greg Docherty created an opening on the left wing before playing a dangerous cross into the box but Keane Lewis-Potter couldn’t get contact on the ball as the Imps cleared the danger. Both sides were in search of the winning goal but neither could quite create that bit of magic as the game had to be decided by a penalty shoot out.

James Jones,  Anthony Scully, Jorge Grant and Brennan Johnson all scored penalties for the Imps. Alex Palmer was the hero of the evening as he made three fantastic saves to send City into the Semi Finals of this competition. 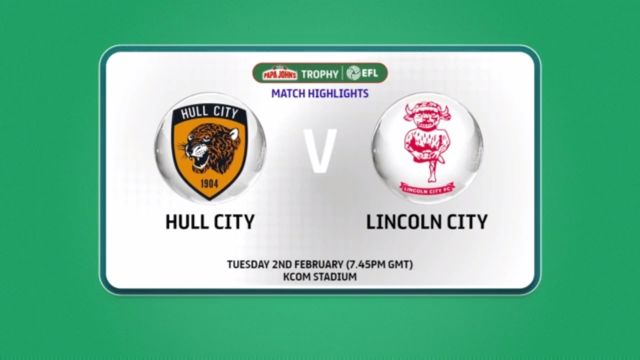 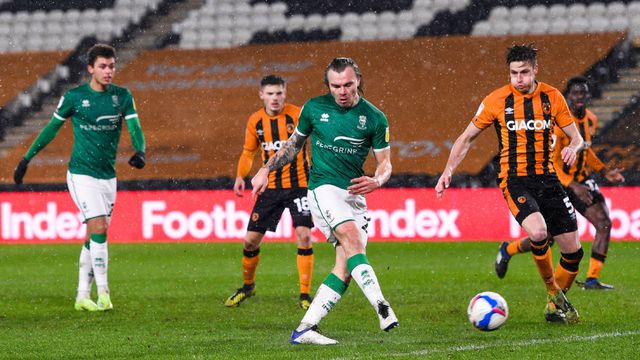