The Imps put in another excellent display at LNER Stadium as a 5-1 victory over Burton Albion meant that the Imps topped the Sky Bet League One table heading in to 2021. The goals came via Remy Howarth, Anthony Scully, Harry Anderson and a brace from Brennan Johnson as the hosts put in another ruthless display against The Brewers.

Michael Appleton named an unchanged side for the third consecutive match following the hugely impressive 4-0 away victory at Northampton Town last weekend.

City got off to the best possible start on Boxing Day as Remy Howarth grabbed his first league goal of the season after just four minutes. The Imps played some neat first time passes in their own half before James Jones whipped a sumptuous through ball over the top of the opposition defence to Anthony Scully, who composed himself before laying the ball on a plate for Remy Howarth, and he simply could not miss to fire City in front from close range.

The Imps were rampant all afternoon as Burton could not cope with the pace and power of the home side and the second goal arrived in the 7th minute via Brennan Johnson. Smart work on the right-hand side led to Tom Hopper who squeezed in a great cross from a tight angle. The ball rolled across the goal line to the 18-year-old Welsh international who tapped it into the empty net to make it 2-0.

Burton threatened on the counterattack, but it was City who looked like scoring the third goal of the game. Anthony Scully played a precise pass into the box in the 17th minute to Brennan Johnson, but his first time left footed effort rolled wide of the post.

The Brewers’ best chance of the half arrived in the 32nd minute through Charles Vernam. Sharp play from the wide man led to him cutting in on his right foot before unleashing a fierce short from outside the box, but his powerful effort whistled past the post.

The visitors threatened again and almost halved the deficit in the 37th minute as Gilligan created space for himself on the edge of the box but he shot wide as the Imps saw out the remaining minutes in the first half. Both sides were evenly matched at the start of the second period but it was City who created the first chance as the excellent Johnson skipped past two defenders before firing over the bar from the edge of the box.

The Imps were knocking on the door though and the third goal finally arrived in the 56th minute through Anthony Scully. City worked it well out wide to TJ Eyoma who crossed first time to Remy Howarth. Howarth cut inside his man and fired a shot at goal which O’Hara could only parry to Scully, who was on hand to tap in the rebound to make it 3-0.

City were superior all over the pitch and their dominance led to a fourth goal in the 63rd minute as man of the match Brennan Johnson nicked the ball off a Burton Albion defender before bearing down on goal. The young winger then slotted the ball comfortably past the Brewers goalkeeper in another ruthless performance from the forward.

Kieran O’Hara was called into action in the 73rd minute of the match as he got down well to save a James Jones drive following another quick break from the home side.

Burton Albion picked up a consolation goal in the 74th minute following a rare mix up in the Imps defence. Palmer and Montsma left the ball for each other which allowed Kane Hemmings to capitalise before slotting the ball into the net.

The goals were coming thick and fast this afternoon and Harry Anderson was on hand to score his fourth goal of the season and City’s fifth of the evening as another devastating attack led to a Johnson backheel, before Harry Anderson struck a left footed effort which deflected off a Brewers defender and over Kieran O’Hara in the away goal.

The seventh goal of the game should have arrived in stoppage time as Zack Elbouzedi found himself clean through on goal. The Irish winger tried to take the ball around the keeper but O’Hara got a hand to it before Johnson fired over in search of his hattrick. The 5-1 scoreline was enough to ensure that City topped the table heading into the New Year with a trip to Wimbledon up next on 2nd January 2021. 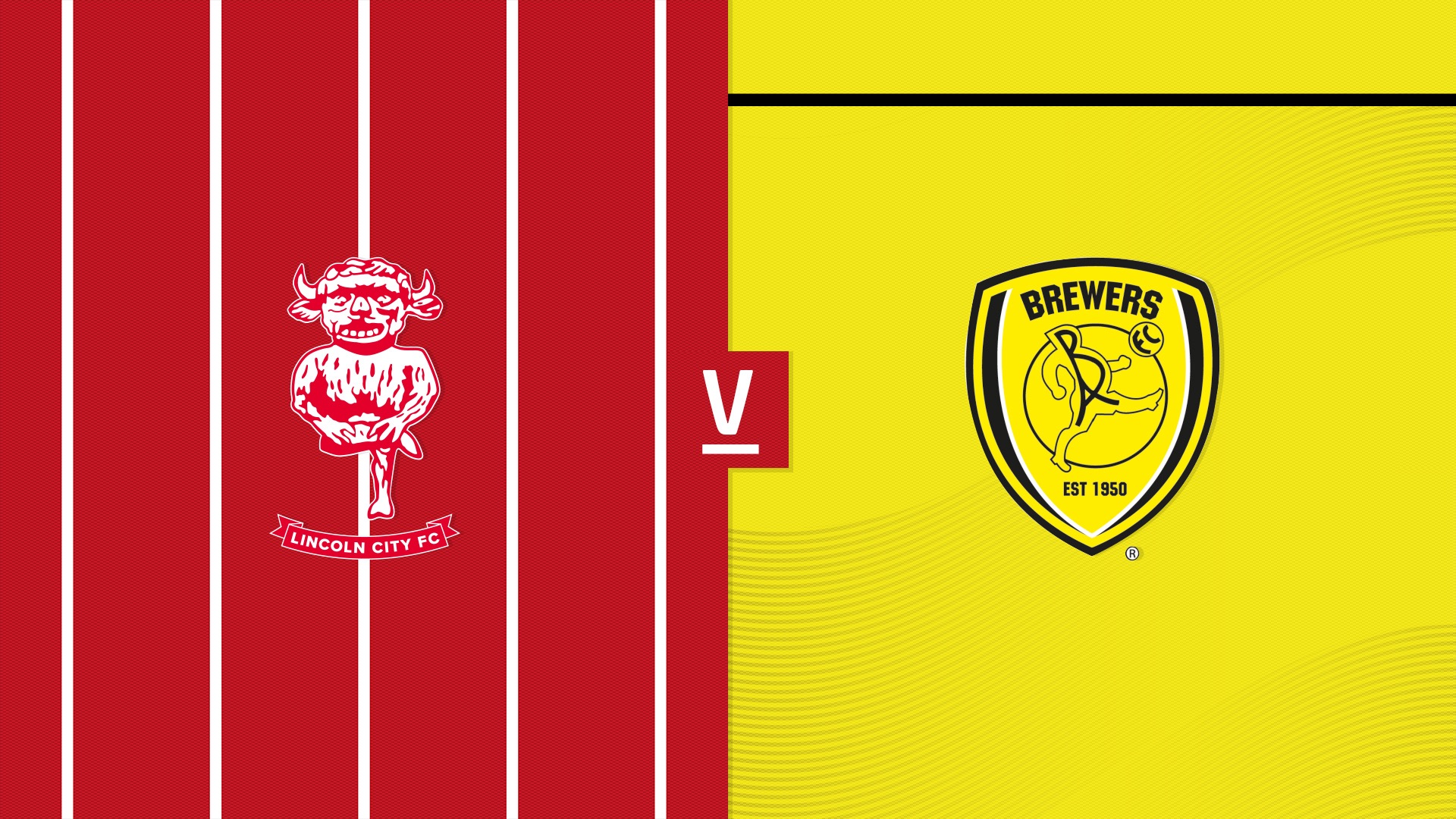 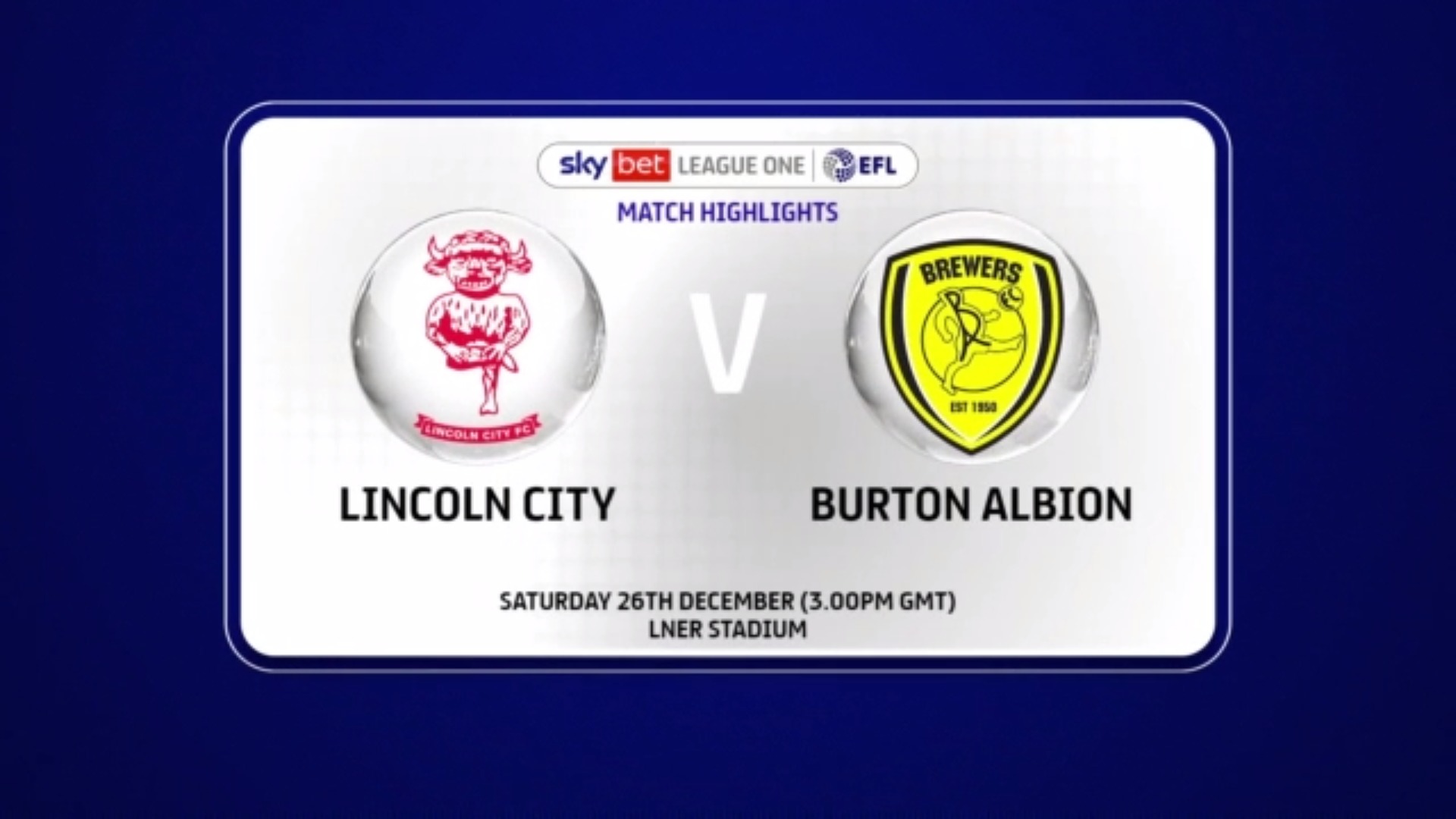 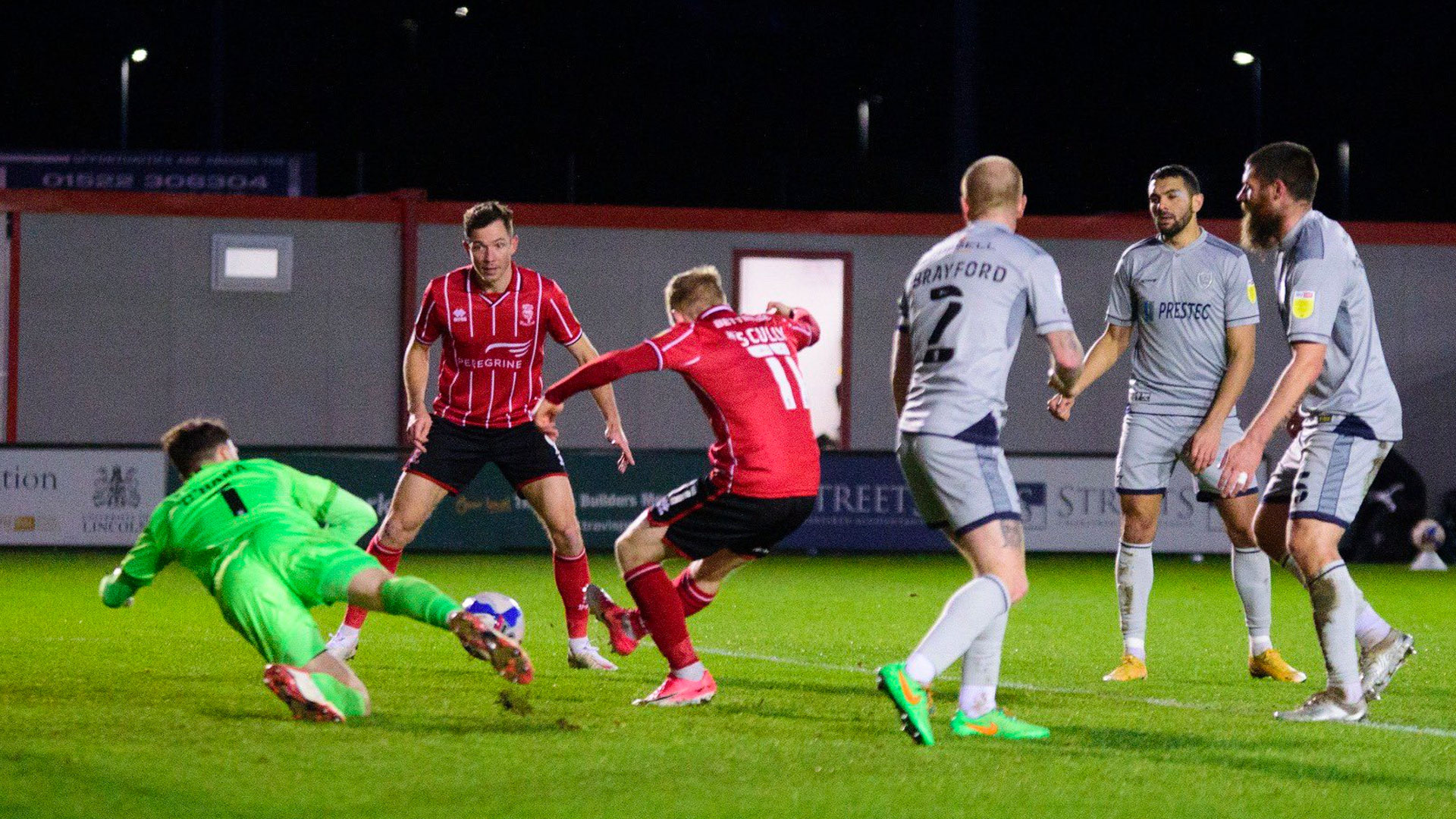