The Imps picked up a precious point this afternoon following a fantastic fight back after finding themselves 2-0 down. Goals from Ellis Simms and Sullay Kaikai were cancelled out by Anthony Scully and Brennan Johnson as the match ended 2-2 in an entertaining contest between two promotion hopefuls.

Michael Appleton made four changes from the match versus Oxford United with Max Sanders, Callum Morton, Brennan Johnson and Adam Jackson returning to the side. The Imps' number six (Sanders) was given his first league start of the season following his permanent switch from Brighton and Hove Albion whilst Joe Walsh also returned to the squad following a calf injury picked up in February.

City made a positive start to proceedings here with some good spells in posession as the home side looked to bounce back from recent defeats. 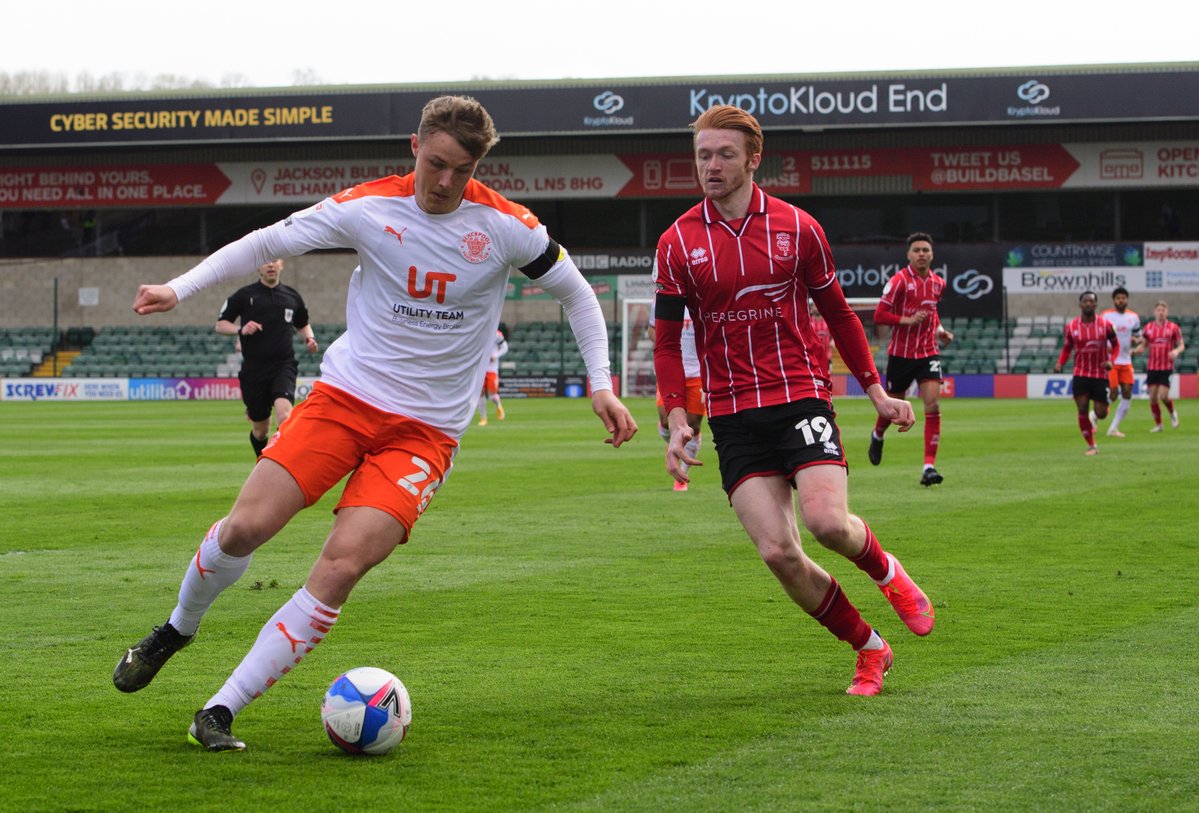 The first crossing opportunity of the game fell to City as Brennan Johnson's right footed ball into the box was cleared at the near post with Callum Morton ready to pounce.

The next chance of the game arrived for the Imps too as Cohen Bramall and Tayo Edun linked up well on the left, before Edun's pull back in the box was cleared by Daniel Ballard before any attacker could tap the ball in.

Blackpool's first chance of the game arrived in the 15th minute as Ellis Simms was played through on goal by Jerry Yates, but Lewis Montsma managed to block the effort behind for a corner just as the centre forward pulled the trigger. 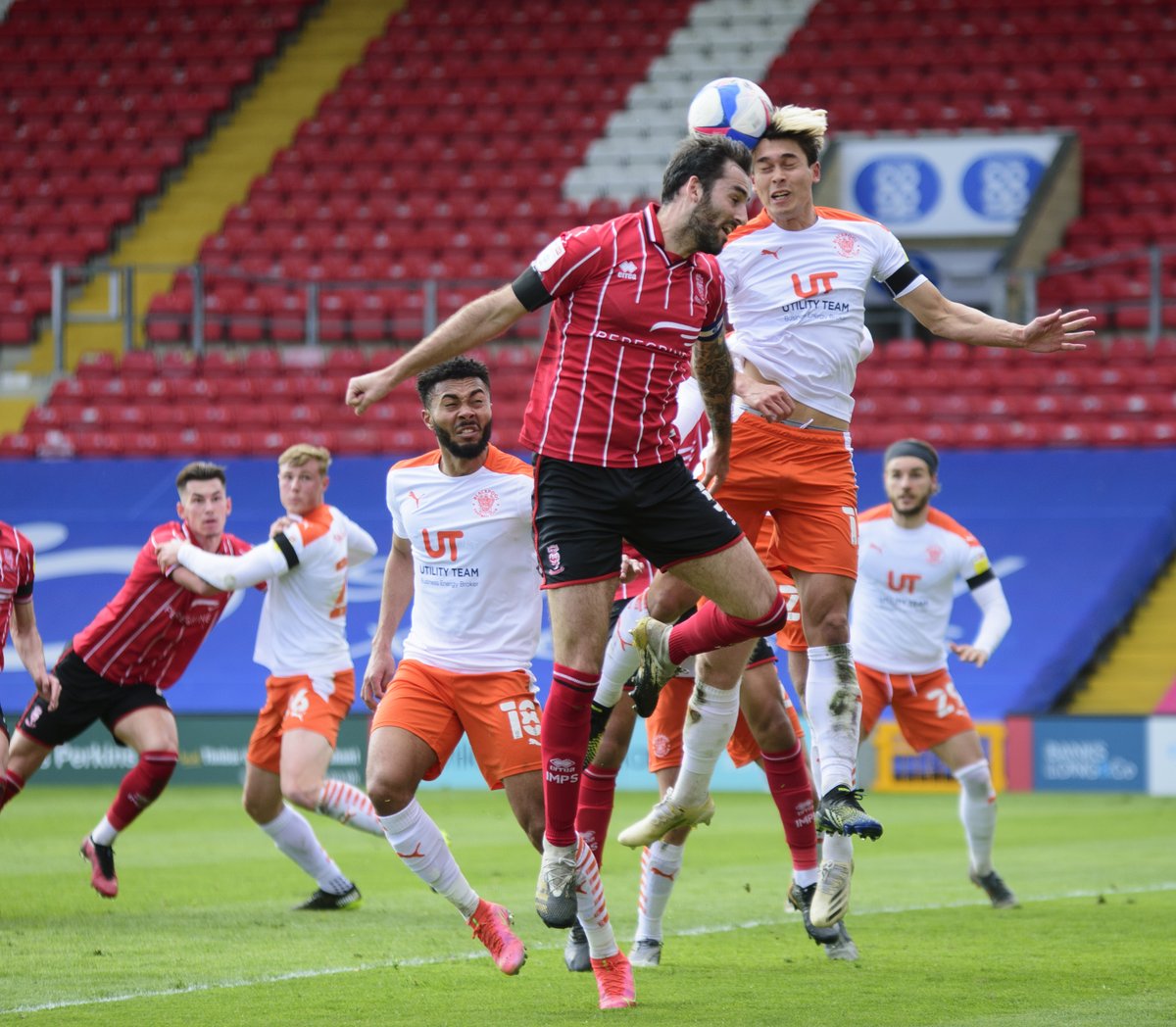 The Tangerines threatened again shortly afterwards through Sullay Kaikai's free kick from the edge of the box, but Alex Palmer dived to his left to parry the ball behind. The away side were on top at this point in the match and the resulting corner was met by the head of Ollie Turton, but he couldn't guide his header on target as the hosts were let off.

City had a great chance to open the scoring in the 31st minute as Brennan Johnson burst into the penalty area following a neat one-two with Callum Morton. Johnson could have struck at goal but he laid it off to Tayo Edun on the edge of the box who couldn't get a shot off.

The chances were still arriving in this game for both sides and the next one fell to Lincoln City. Callum Morton held the ball up well before playing a delicate through ball to Conor McGrandles who rounded the goalkeeper, but the angle was just too tight for the Scotsman who saw his effort hit the side netting. 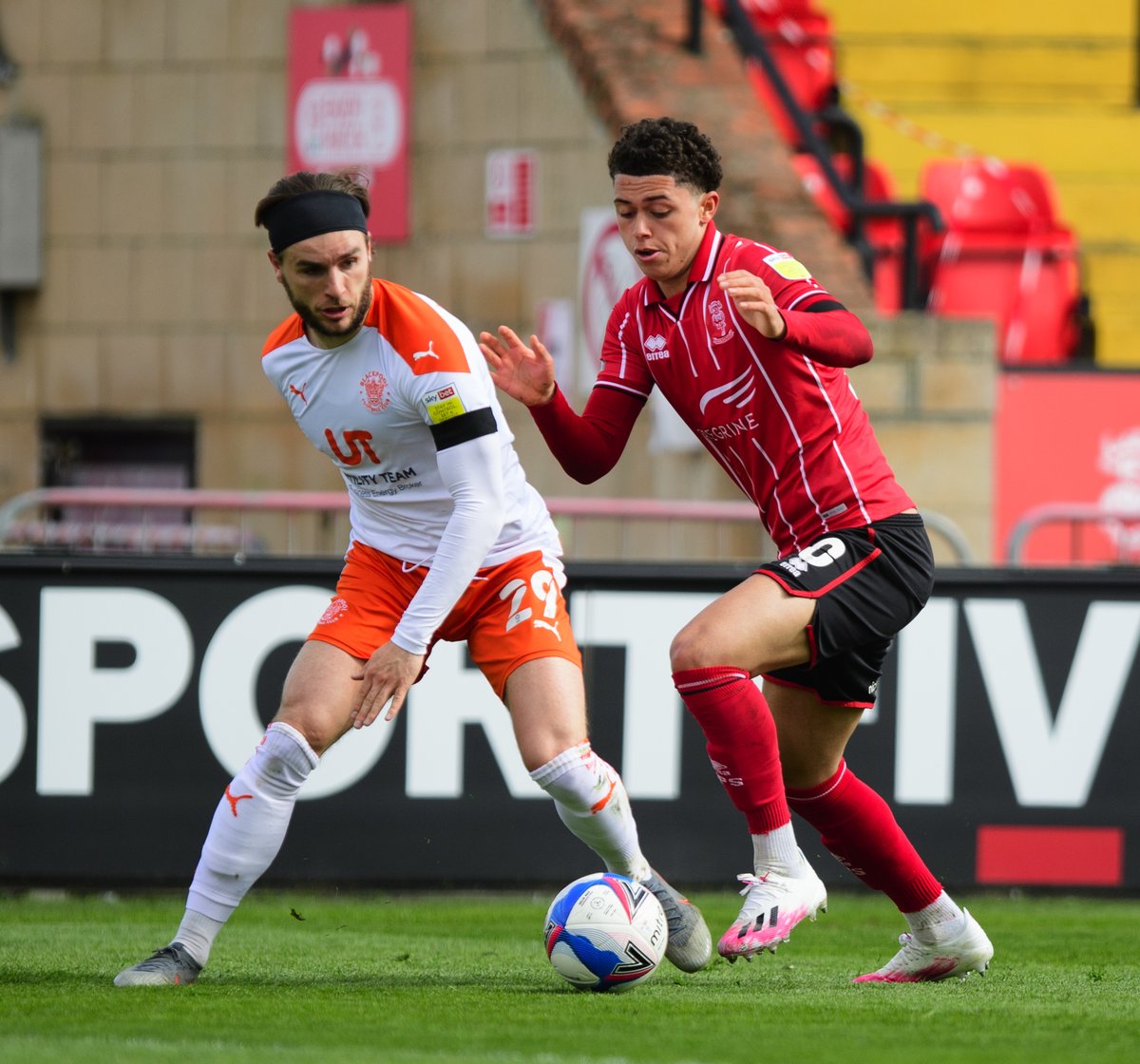 Blackpool opened the scoring in the 37th minute of the match against the run of play as Ellis Simms cut in on his left foot, before firing the ball into the far corner. Conor McGrandles looked to have been down with a head injury in the build up but the referee waved play on and the goal stood.

Joe Walsh and Harry Anderson were introduced at the beginning of the second period as City lined up with an attacking formation.

Blackpool were quick out of the blocks at the beginning of the second half as Jerry Yates' back flick was met by Sullay Kaikai who burst through on goal before confidently passing the ball into the net neyond the dive of Palmer.

Morgan Rogers then had a half chance on the edge of the box, but his left footed shot was blocked as the ball looped behind for a corner which had Maxwell worried for a second.

The man on loan from Man City looked the most likely to score for the Imps as he took the ball past two Blackpool defenders, but his strike from distance was blocked behind for a corner. City's corner was well worked as Rogers' whipped a ball to the back post, but Regan Poole headed over from a difficult angle.

Chris Maxwell was forced into a stunning stop in the 59th minute to deny Adam Jackson following a dangerous cross from Cohen Bramall. The Blackpool keeper reacted sharply on his goal line to tip the ball over the bar from four yards.

As the Imps were pushing for a goal back, Blackpool were dangerous on the counterattack and the home side had Adam Jackson to thank to prevent a third goal for the visitors. Jerry Yates' deflected effort was creeping in but Jackson was on hand to clear the ball off the line.

James Jones, TJ Eyoma and Anthony Scully entered the fray in the 72nd minute as City were searching for a way back in this match.

Ellis Simms forced Palmer into another smart save before the rebound fell to Jerry Yates, but his shot was blocked by the City defence.

City finally grabbed a goal back in the 75th minute of the match via an emphatic volley from Anthony Scully which flew into the net from close range. Harry Anderson's cross was tipped into the air by Maxwell and Scully reacted quickly to smash the ball home. 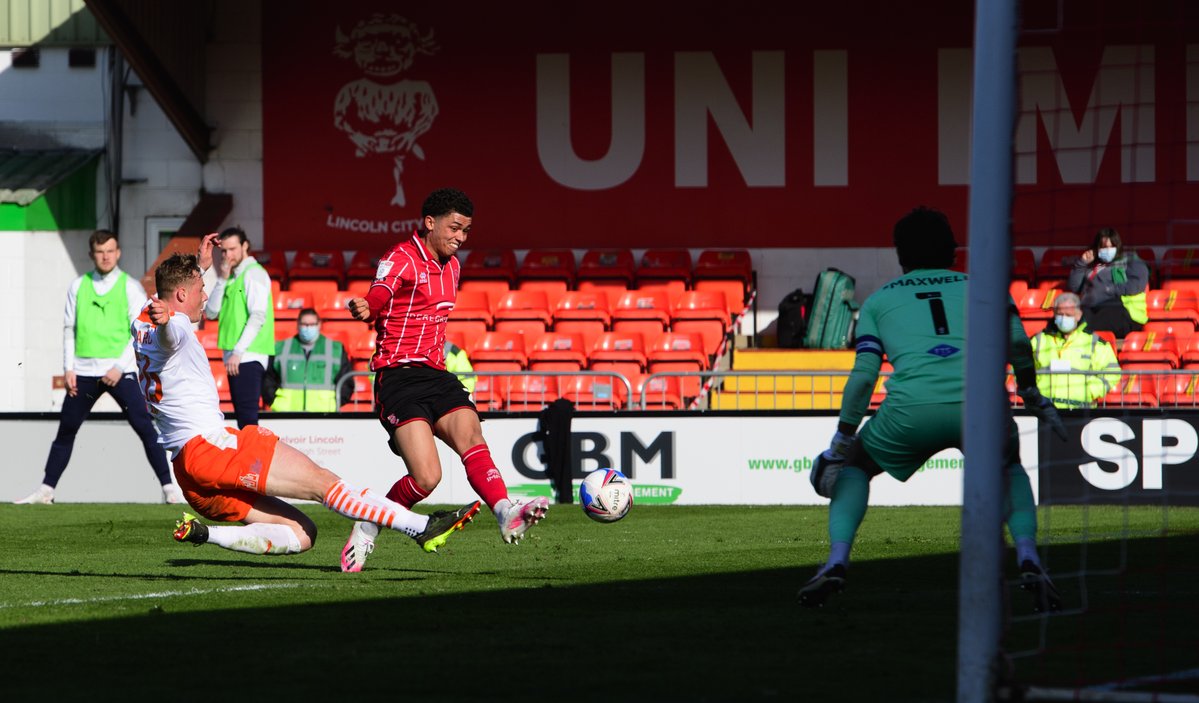 The equalising goal arrived in the 84th minute and it was a brilliant finish from 19 year old forward, Brennan Johnson. Anthony Scully's reverse pass was latched onto by Johnson who finished confidently with his left foot leaving Chris Maxwell with no chance.

Both teams had chances to win it late on, but the Imps showed fantastic character to come from behind and pick up a valuable point. 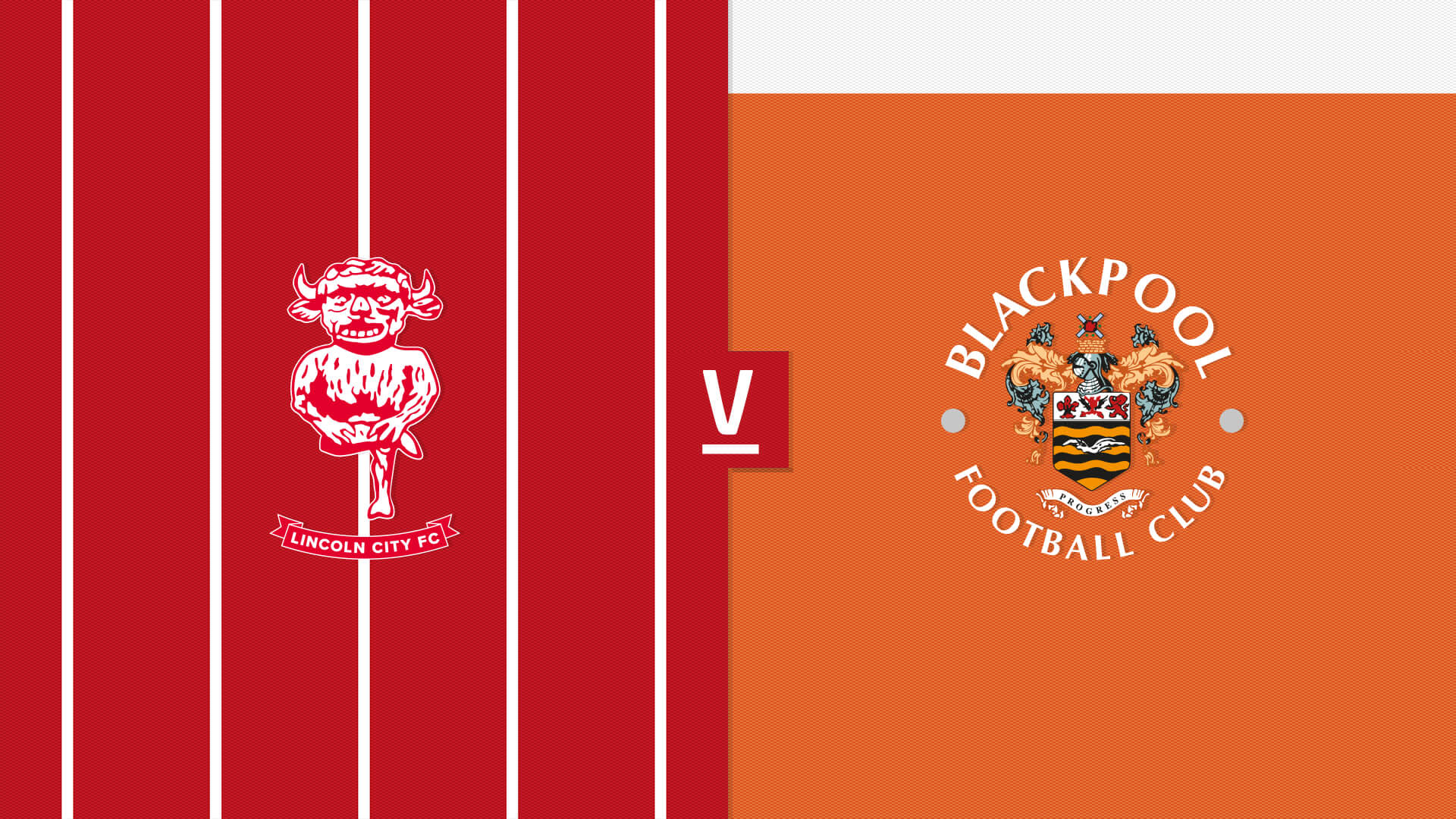 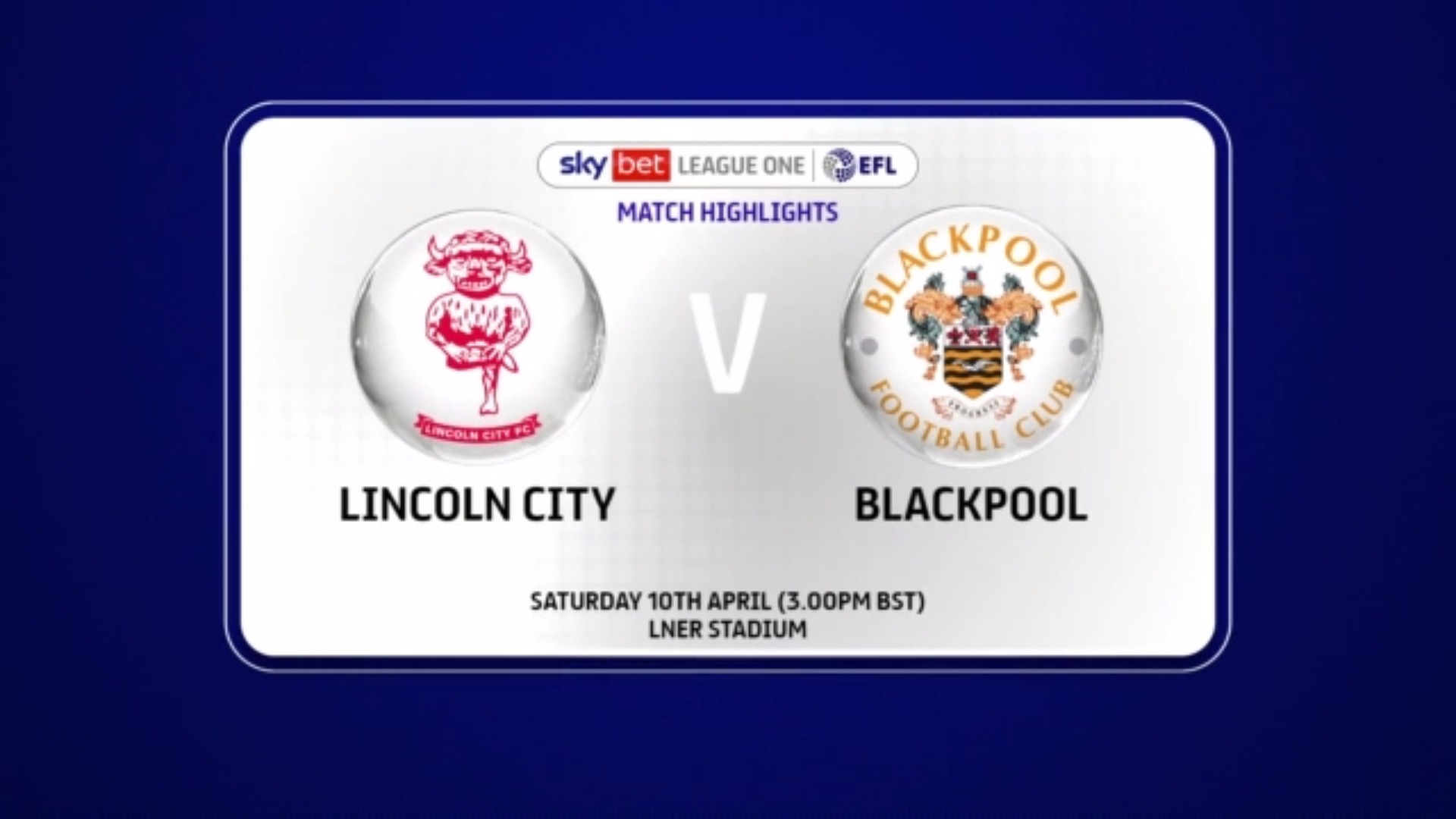 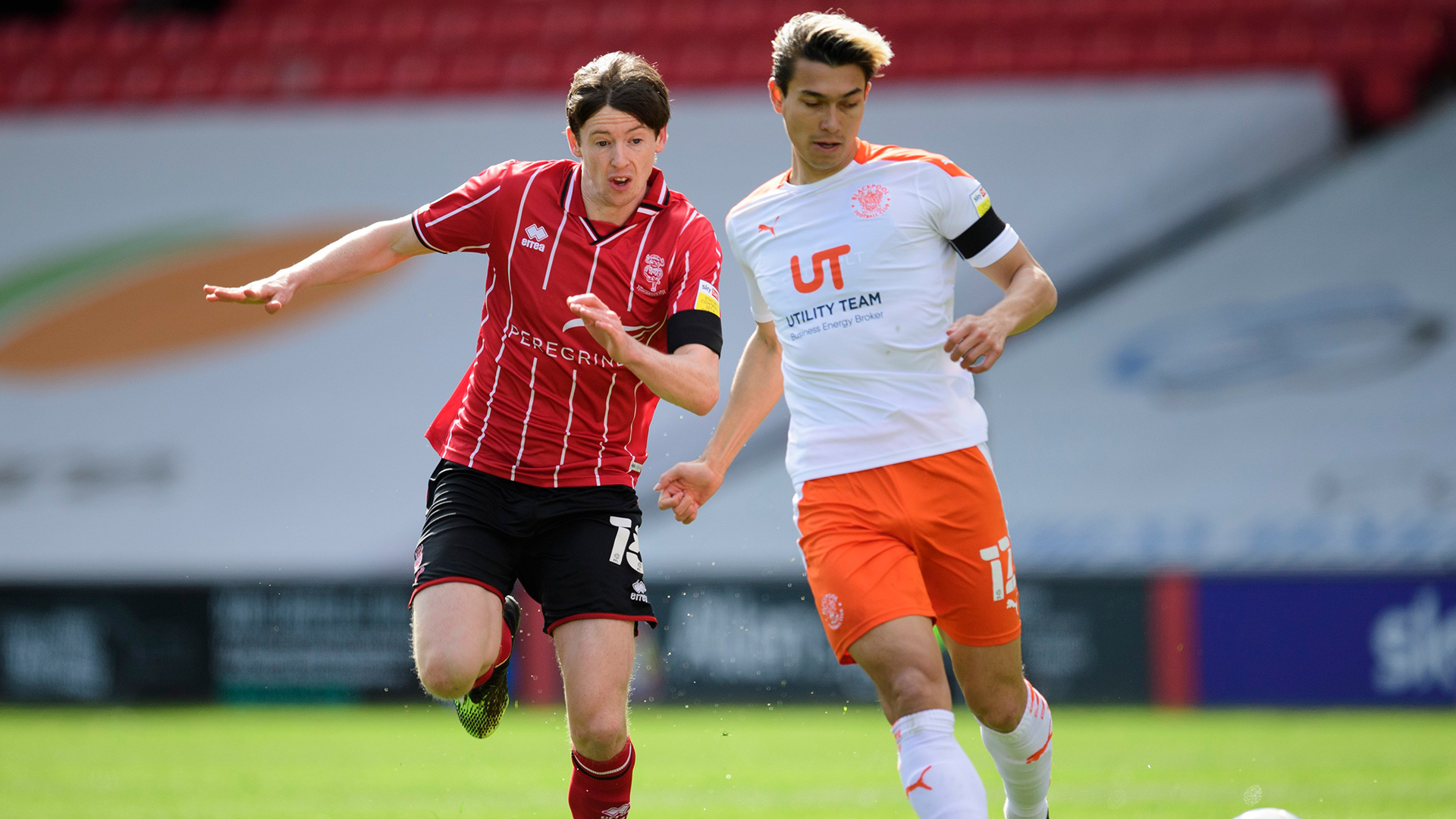