Lincoln City picked up another huge three points on the road thanks to a hard fought 1-0 victory over Bristol Rovers. Anthony Scully's first half strike was the difference between the two sides as City took home the win in a battling display.

Manager Michael Appleton made a couple of changes from Tuesday's 4-0 win over MK Dons and both changes were forced in the centre half position. Adam Jackson and Joe Walsh had picked up injuries in midweek which meant TJ Eyoma and Lewis Montsma returned to the side in defence.

Rovers started the game brightly as they flew out of the blocks on this sunny lunchtime kick off in Bristol and the first chance arrived inside the first two minutes for the home side. An outswinging corner was met by Alfie Kilgour who saw his looping header canon back off the crossbar, before City cleared their lines.

City threatened with a couple of half chances themselves in the opening seven minutes as Callum Morton looked to bring the ball under control in the penalty area, but Luke Leahy cleared the ball behind for a corner. The resulting corner was a deep one by Cohen Bramall to Regan Poole, but the Welshman couldn't quite get his header on target under pressure from the Rovers defence.

The next chance arrived for the Gas and it fell for on loan Chelsea man Luke McCormick who shifted the ball well onto his left foot, but he could only blaze over from 20 yards.

City looked dangerous going forward all afternoon and it was the visitors who took the lead in the 16th minute. Brennan Johnson wriggled past his man on the right wing before playing a neat through ball to Scully, who made no mistake with his right foot as he fired the ball across the goalkeeper and into the far corner. It was a brilliant finish from the Irishman who equalled Jorge Grant's tally as the Imps' top scorer so far this season. 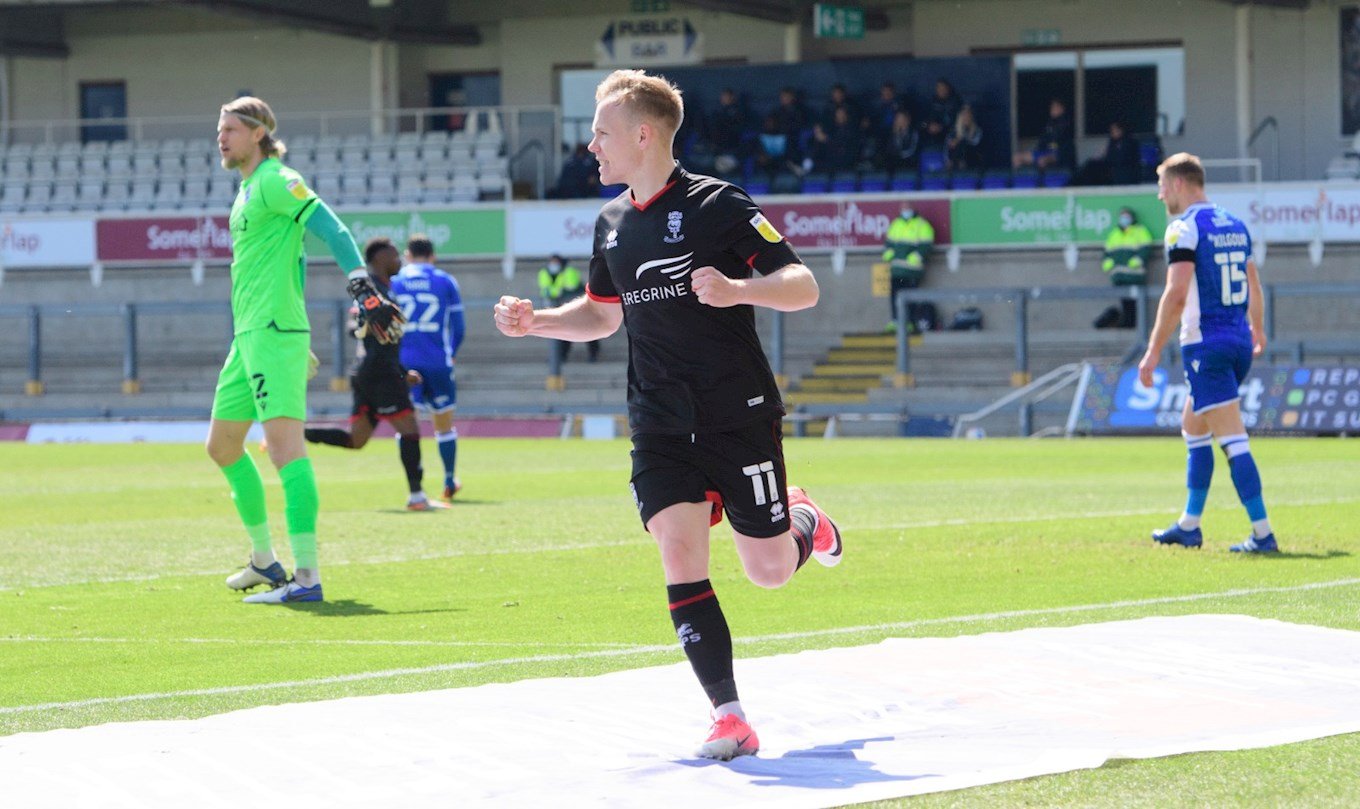 The Imps continued to create chances and almost made it 2-0 in the 23rd minute. Anthony Scully carefully caressed a lofted through ball to Callum Morton who looked to bring the ball under control, but the Rovers' defence nicked the ball away from him at the final moment as he looked to pull the trigger.

The dangerman for the Gas was Luke McCormick and he come close to equalising in the 26th minute with a curling effort towards goal, but it didn't trouble Alex Palmer in the City net.

The home side started to gain some momentum as a nice passing move led to a crossing opportunity for Zain Westbrooke, but Lewis Montsma was on hand to make a terrific goal saving block as Jonah Ayunga was there to pounce at the back post. 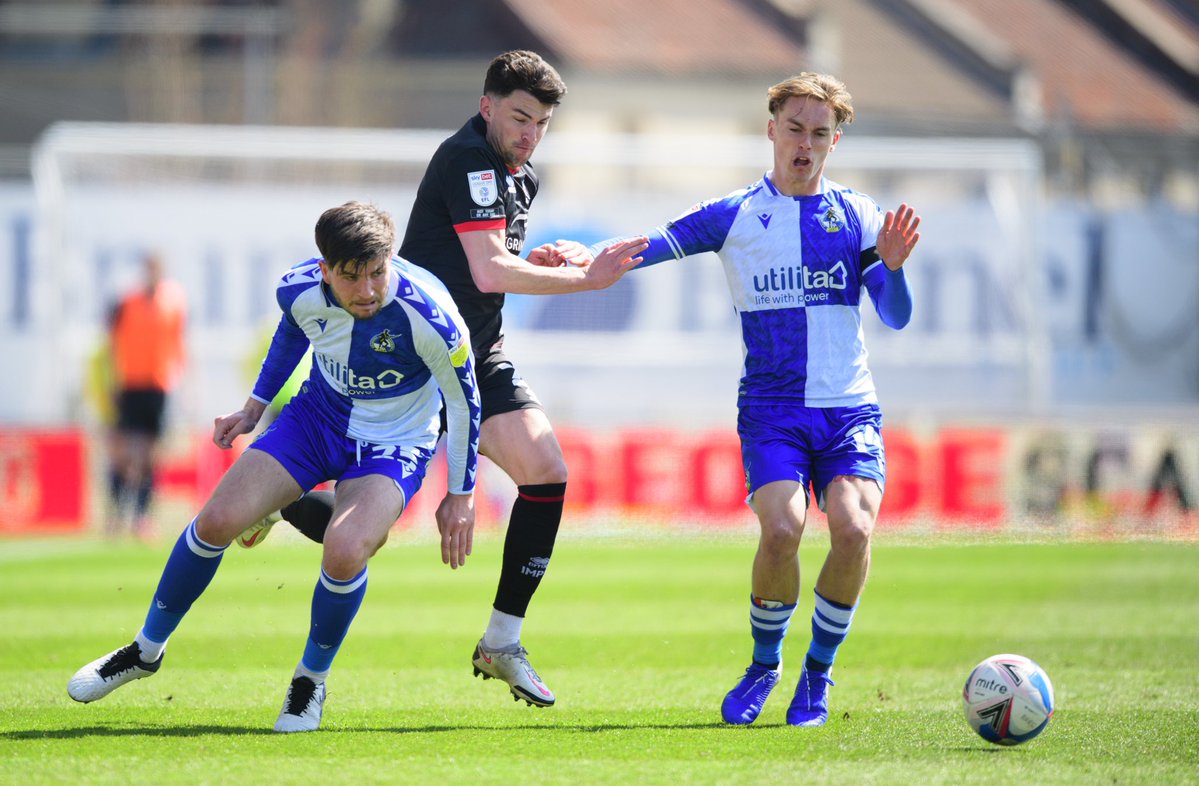 The game become heated and Ed Upson was shown a straight red card in the 36th minute during a moment of madness on the half way line. Brennan Johnson was fouled by the Rovers man before Upson stumbled on the winger in an aggressive manner appearing to hold his neck, before being given his marching orders by the referee. Brennan Johnson and Tayo Edun were shown cautions following a scuffle with both sets of players.

Alex Palmer was called into action for the first time late on in the hald as a long ball over the top of the City defence was latched on by Luke Leahy, who hit a volley towards goal from a tight angle, but the Imps' number one was equal to the effort as he parried the ball to safety.

The Imps were playing the ball around confidently at the beginning of the second half and created a decent chance in the 51st minute. Regan Poole and Anthony Scully linked up well before a pass into the box was met by Brennan Johnson, but his left footed drive flew past the post.

Despite the man advantage, Lincoln City were still having to defend well as Bristol Rovers looked to play long direct balls up to the strikers but TJ Eyoma and Lewis Montsma were superb all afternoon.

The home team were winning set pieces in wide areas as Brandon Hanlon had a header deflected over the bar, before Luke Leahy had a shot saved by Alex Palmer.

The Imps were so close to grabbing a second goal in this game as Morgan Rogers played a ball through to Brennan Johnson who hit a fierce shot towards goal but Anssi Jaakkola dived to his right to parry the ball, before Callum Morton's rebound effort flew over the bar.

Another goal mouth scramble followed in the City penalty area as Bristol Rovers hit the bar following a header from Jonah Ayunga. Regan Poole also collided with the post in the build up to that chance, but after treatment from the physio, he was able to continue.

It was the away sides turn to hit the crossbar in the 70th minute as a corner caused Bristol Rovers problems. The ball dropped kindly for TJ Eyoma who poked the ball through to Callum Morton, but Jaakkola got a touch to the ball to tip his effort onto the crossbar. 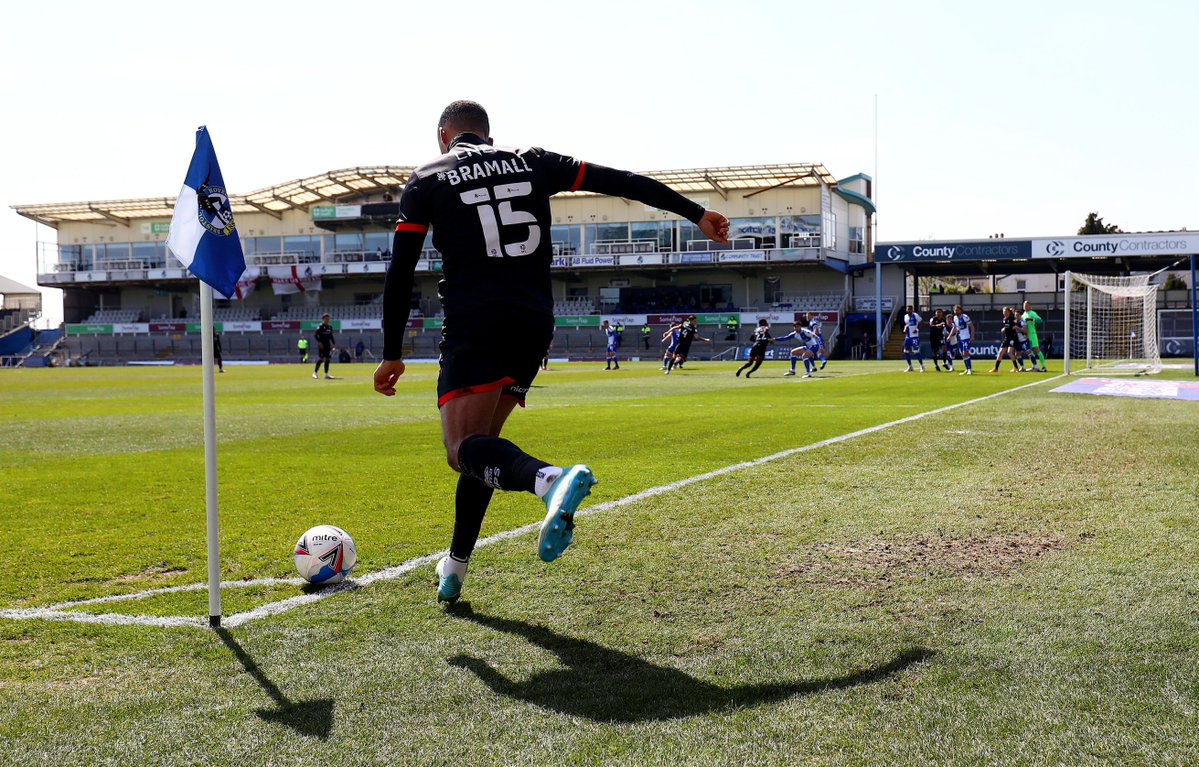 The second half was a scrappy affair with half chances arriving for both sides, but the defences were on top down in Bristol. Max Sanders was sent on to steady the ship in the middle of midfield and he certainly did that as he won numerous free kicks defending for his side.

As Bristol Rovers began to tire, Lincoln were beginning to create space in wide areas and numerous crosses flashed across the Bristol Rovers box, but no City attackers were able to find a touch to seal the win.

Morgan Rogers had a good chance to wrap up the victory in stoppage time but as he hit a left footed shot, the ball took a bobble and the shot went over the bar.

The Imps had another great chance to wrap up the win but Callum Morton's right footed effort missed the target and that was the last action of the match. City held on with a battling defensive display to confirm a huge three points on the road. 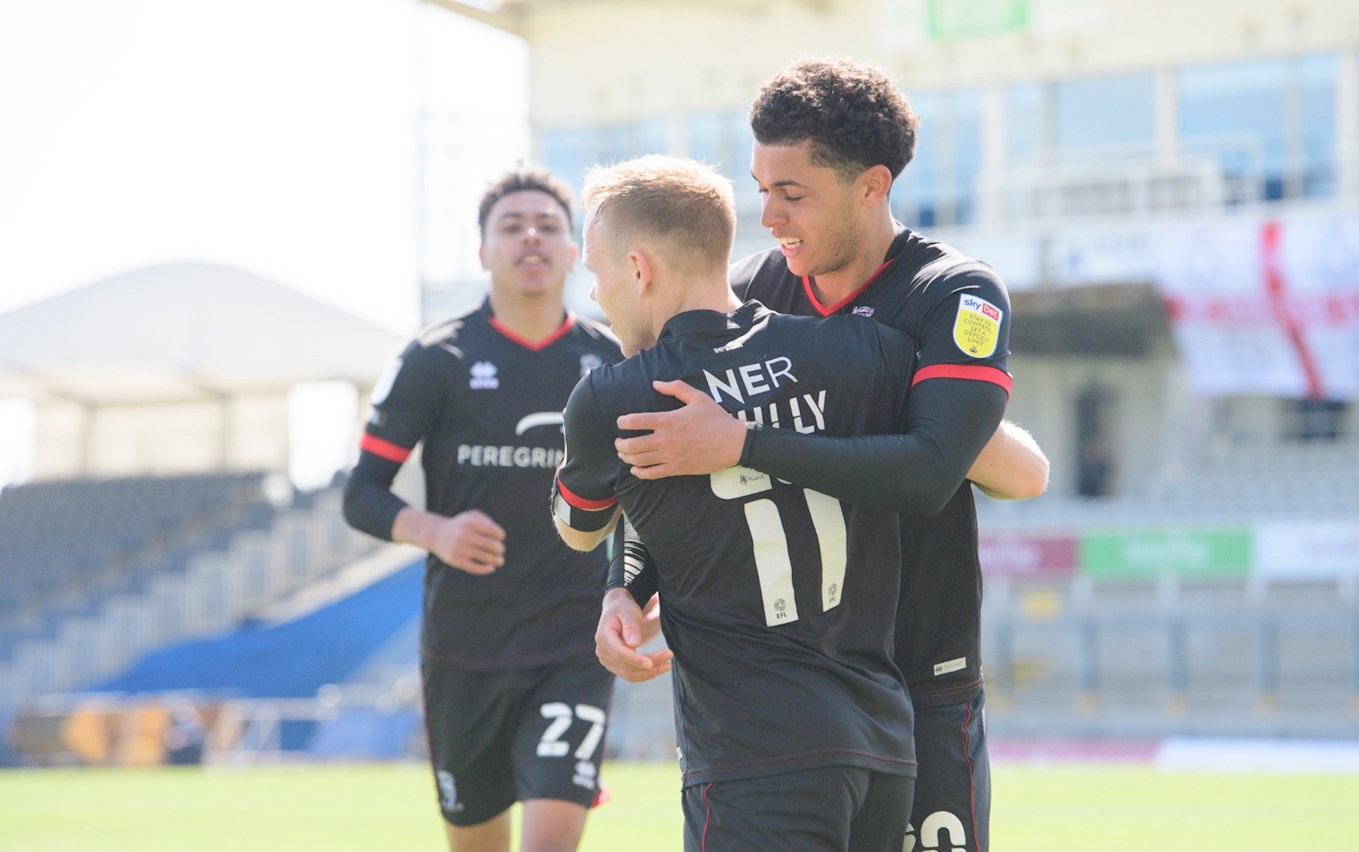 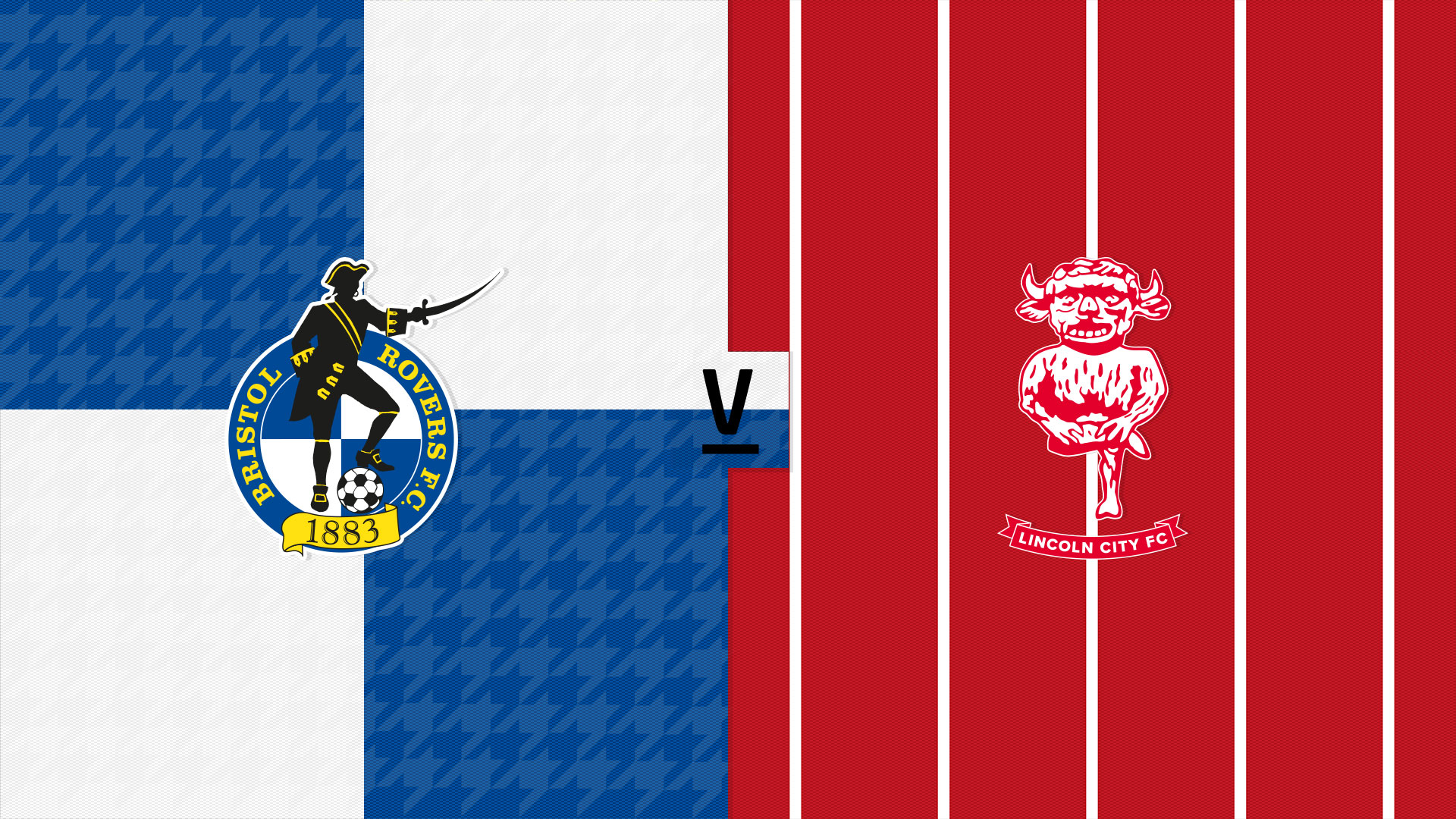 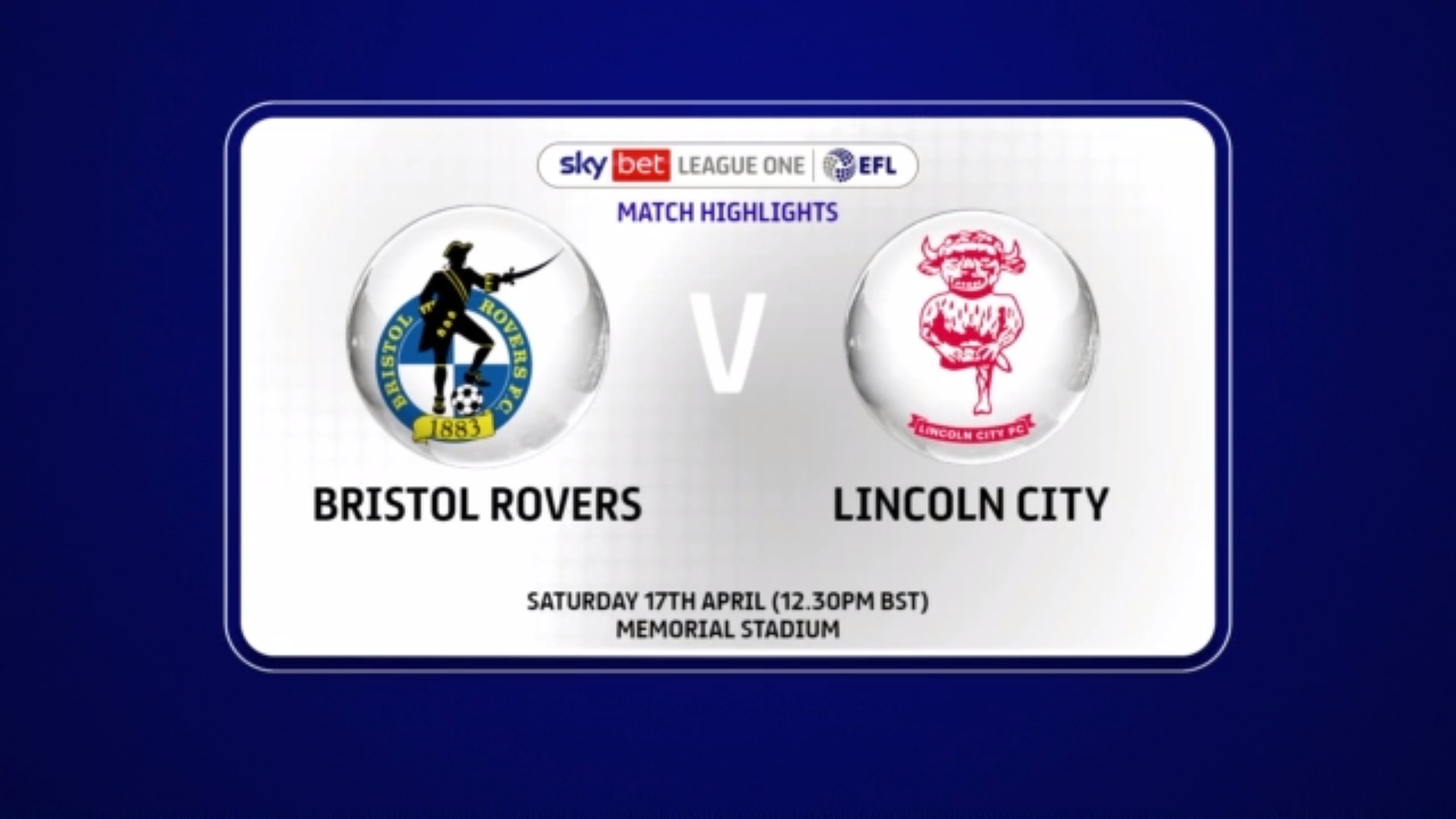 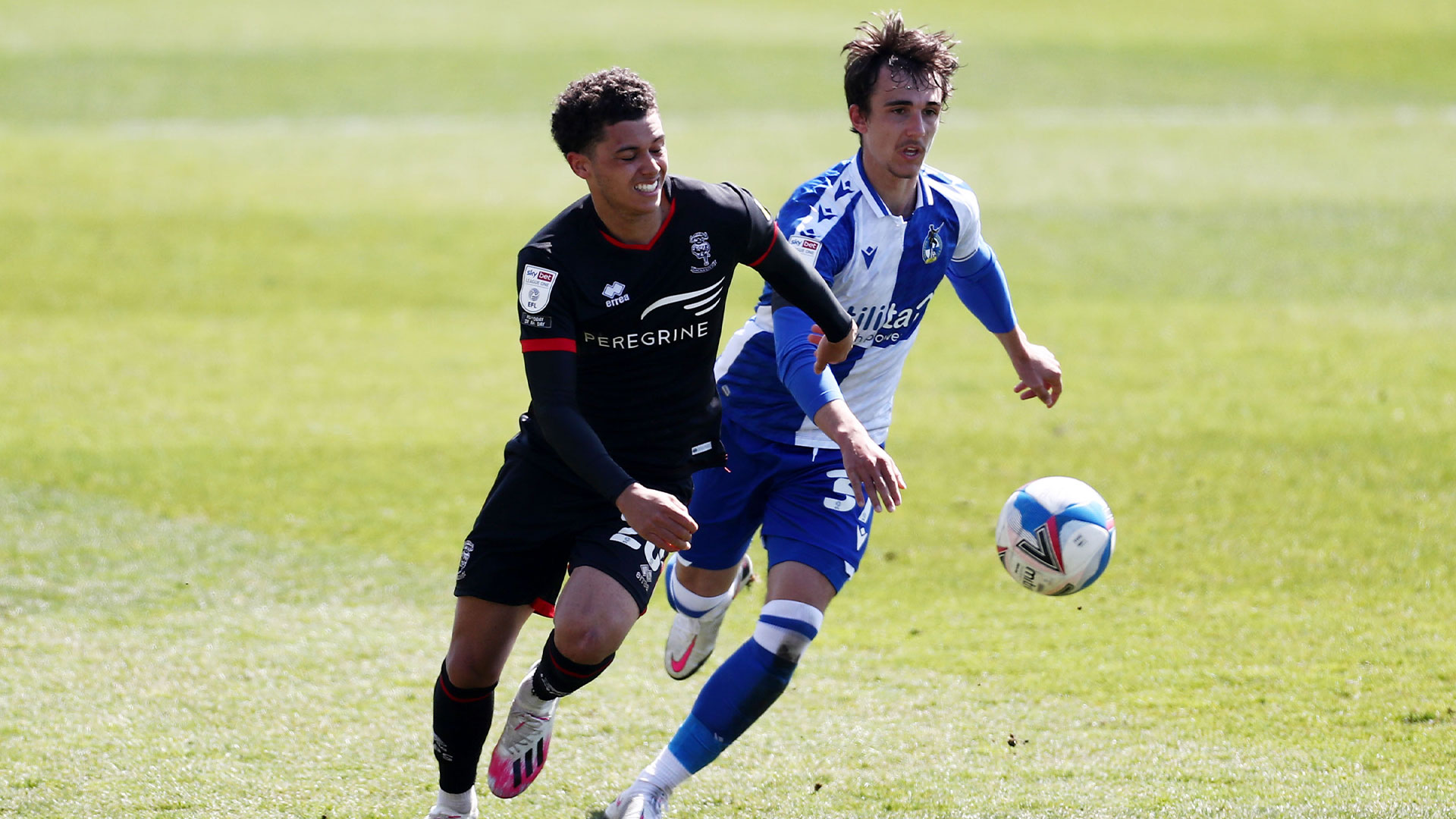