The John Reames Memorial Trophy was shared after an entertaining final pre season run out for The Imps at Sincil Bank ahead of the SkyBet League One season getting underway. Nottingham Forest brought a mix of youth and experience to face Danny Cowley’s side and the crowd of almost 4,000 witnessed an entertaining game.

City took the lead in the first half when Michael Bostwick won a header inside the Forest box, but the ball appeared to cannon off Ethan Stewart before going into the goal. The visitors levelled in the second half courtesy of Virgil Gomis’ pace and cool finish. 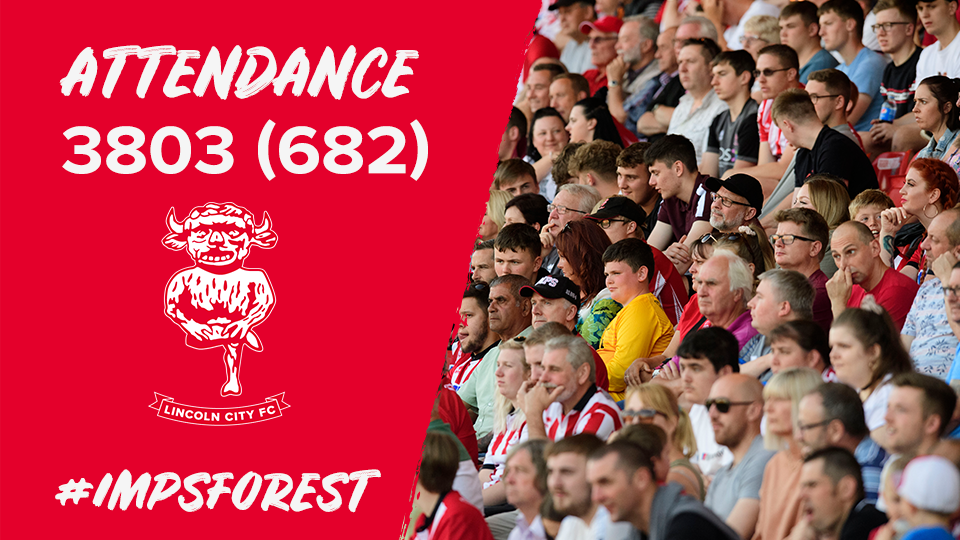 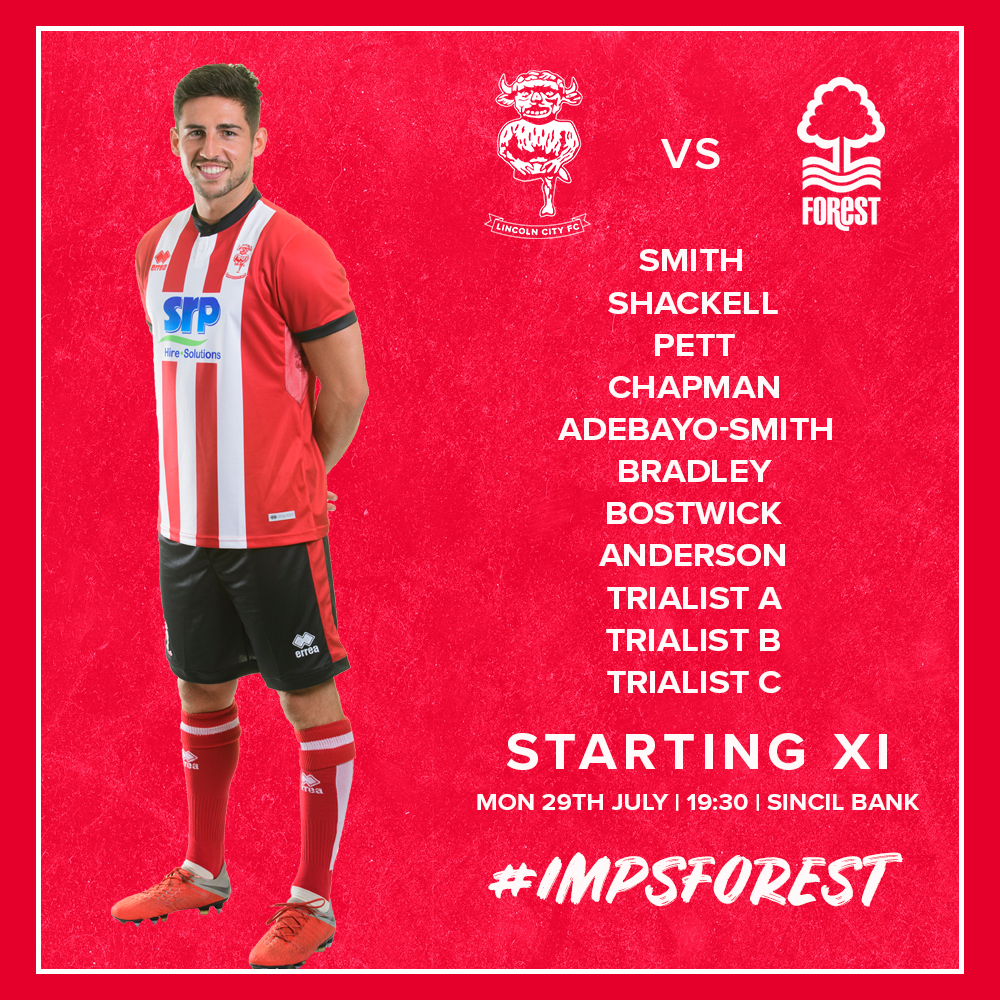 There was a youthful look to the starting line-up for the visitors but it also featured Football League and Premier League experience with Daryl Murphy, Jason Cummings and Zac Clough included. The visitors were to force the first effort on target under the hot evening sunshine, Danny Preston hitting an effort straight at Grant Smith in The Imps’ goal.

A deep free kick from Ellis Chapman was to bring the first effort of note for the home side. Chapman picked out Jason Shackell in acres of space who headed the ball back across the face of goal, Adebayo-Smith leapt to try and meet the looping centre but he was thwarted at the last with an interception from Forest almost underneath the crossbar.

Michael Bostwick made a trademark block from a howitzer of an effort from Tyrese Fornah, half way through the first half, putting his head directly in the way of the ball from which Adebayo-Smith broke at pace but he was again to be thwarted with a last-ditch challenge, this time Mallique Spooner was the man in blue and black getting in the way.

Alex Bradley almost opened the scoring, his curling free kick going over the wall and heading for the corner of the goal, Steele though saved deflecting for a corner. Jason Shackell was then denied by his former Barnsley teammate, The Imps’ defender powering a header from the set piece on target but Steele saved with City firmly on top as the half progressed. That growing grip on the game was exemplified when The Imps took the lead ten minutes to the break, Harry Anderson won a corner in front of the Forest fans and the set piece was whipped in onto the head of Bostwick who diverted it goalwards but it took a deflection off a Forest head and beyond Steele.  Anderson almost doubled that lead, running onto a short backpass,, but Steele did well to close down the space and deny The Imps’ number 26 his second strike of pre-season.

City almost made it two within three minutes of the second half, quick passing on the edge of the box by Bradley created space for Trialist C to fire low and hard, Steele making the stop. Smith was called upon to snaffle up the ball as he raced off his line to deny the onrushing Gboly Ariyibi and then the City ‘keeper denied Cummings who fired low and hard on target.

Clough rattled the crossbar from distance as Forest toiled for an equaliser, meanwhile Trialist B curled a shot on target for City as the ball quickly went from one end of the pitch to the other.

Forest’s Alex Mighten showed quick feet and speed to wriggle free of the attentions of the City defence before firing low and hard via a deflection, just as the Forest fans behind the goal were thinking of celebrating but Smith had other ideas as he somehow got down quickly to his right to turn the ball away.

Shackell was close to profiting from a dangerous set piece as the game went into the final twenty minutes, The Imps’ defender getting onto the end of the free kick his header however just sailed the wrong side of the upright with a relieved Steele scampering across his goal.

Forest levelled through Virgil Gomis, the striker outpacing Shackell to the ball before prodding the ball beyond Smith and into the goal. Steele just managed to halt Anderson from putting The Imps back into the lead within 120 seconds, Anderson hitting low and hard across the ‘keeper who got a strong palm to the ball and it rolled agonisingly onto the far post before being thrashed clear from on the goal line.

Forest had the chance to go in front from the spot with ten minutes to go but Gomis was denied by a fantastic save from Smith.  Adebayo-Smith went close twice in the final ten minutes as the crowd continued to be entertained in the well-paced friendly encounter but neither side were able to sneak the winner.