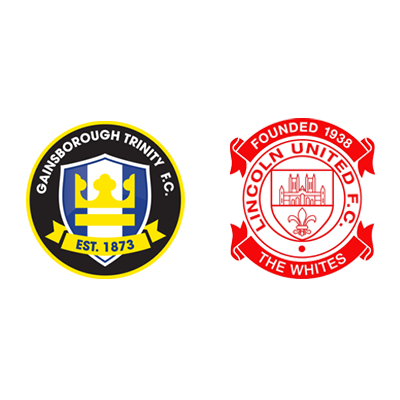 The Imps travelled to The Martin and Co Arena this afternoon to take part in the Community Festival of Lincolnshire Football to take on the hosts, Gainsborough Trinity and Lincoln United in their first pre-season action of the summer. After a brief spell of rain ahead of kick off, the afternoon was a celebration of football in Lincolnshire with fans from all three teams mingling together and looking forward to watching their teams for the first time this summer.

City took the opportunity to give a chance to a host of triallists in their first game of the afternoon which was against The Whites, also in the starting line-up were Grant Smith, Cian Bolger, Bruno Andrade, John Akinde and Jordan Adebayo-Smith.

The opening goal of the Festival of Lincolnshire Football went the way of The Imps courtesy of Adebayo-Smith, the youngster raced away from his marker to coolly clip the ball beyond the reach of Mikey Emery in The White’s goal and into the bottom corner.  Akinde used his strength and awareness to create a chance for Andrade who sprinted into the box to meet the ball first time, but his sidefooted effort just flashed over the top as City were in control. Adebayo-Smith tested the concentration of Mikey Emery in the United goal just before half time, his low skidding effort gathered pace as it skipped off the turf but the White’s custodian had it firmly in his grasp.  Emery then did well to keep his side within one at the break, with a fantastic diving stop from an Adebayo-Smith effort which was arrowing towards the bottom corner.

However, the score was doubled early in the second half, as Adebayo-Smith finished from close range after the initial shot was blocked deep inside the penalty area, then The Imps netted a third after good work from Akinde set up Triallist E, his low and hard finish from inside the area gave the United ‘keeper no chance.  United pulled a goal back from close range half way through the second half, but City weren’t stopping there. Adebayo-Smith swept home his third of the game from almost under the crossbar finishing a City corner to round out the scoring in a positive performance from The Imps.

City supporters in the crowd were to get their first sight of new signings, Joe Morrell, Jack Payne and Jorge Grant in the second game of the afternoon as The Imps took on the hosts of the Community Festival, Gainsborough Trinity, as the sun shone down in Lincolnshire.

It was Morrell who hit the first strike of the game on target, warming the palms of the Trinity ‘keeper. The Imps had a chance to open the scoring from the spot when Harry Anderson was bundled over in the box, but Jack Payne couldn’t beat the home ‘keeper but the disappointment was shortlived when Anderson was again the creator, with the ball falling nicely for Ellis Chapman to score from the edge of the six-yard box.  Chapman was lively, making late bursts forward and giving The Imps an option which maybe the hosts weren’t expecting, the goalscorer tried an audacious lob over the ‘keeper but it was well read by the triallist in goal.

City made it two with five minutes to the break, a run and cross from Harry Toffolo down the left, put the ball in the perfect place for Matt Rhead to tap home at the back post.

The home side were more rugged in the tackle and more disciplined in terms of their shape and were limiting City’s opportunities in the early period of the second half. The visitors were needing their movement and speed of thought to break through and they did get the opportunity to score when Harry Toffolo was put through inside the box but he was brought down from behind. Up stepped Jorge Grant to sidefoot home from the spot to put the visitors three goals ahead. The Imps continued to be positive after netting the goal, pressing high and dominating territory, however the home side defended well with Nathan Stainfield fully committed to every challenge.  It was a good, competitive first run out for Danny Cowley’s men who now look forward to welcoming Sheffield Wednesday to Sincil Bank next weekend.

Tickets are still available for the visit of The Owls, Stoke City and Nottingham Forest at Sincil Bank, why not purchase a special offer bundle to see all three games? They can be bought from the ticket office at Sincil Bank or online via Eventbrite HERE