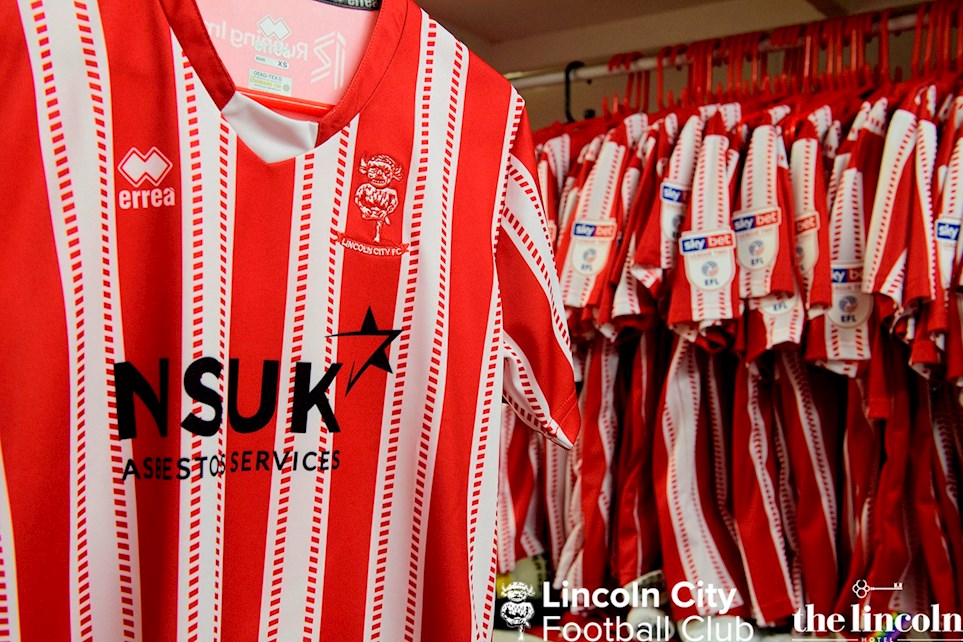 
Tonight's team news is in here at Sincil Bank as The Imps take on Oldham Athletic in SkyBet League Two. 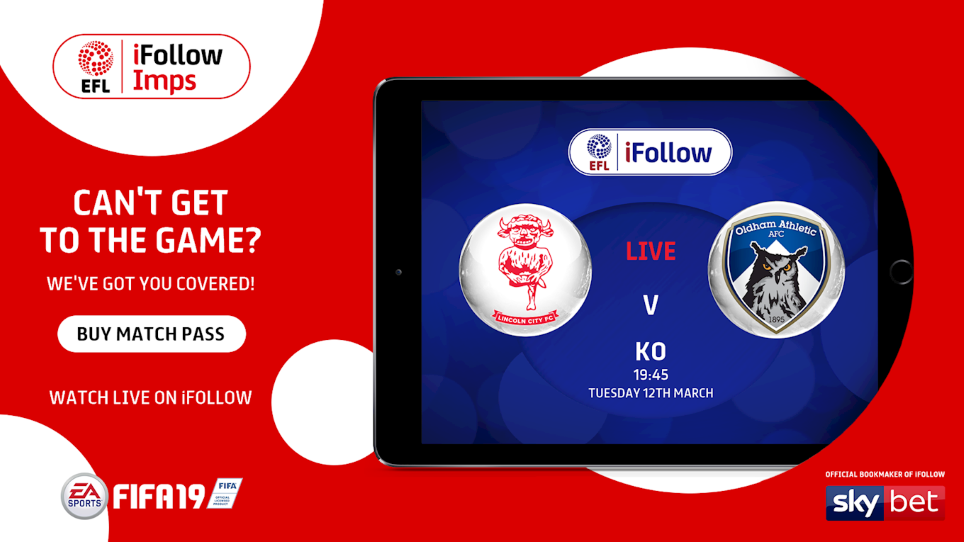 
If you cannot get to tonight's game against Oldham Athletic you can purchase your match pass for the game to watch at home exclusively LIVE on Imps iFollow. The game is available for both domestic and...

The Imps made it three wins from as many games as Oldham Athletic were unable to stop Danny Cowley’s side at Sincil Bank. Harry Toffolo netted his third goal of the season in the first half before the visitors were reduced to ten men on the cusp of half time. The Imps made the numerical advantage count and scored a wonderful second just before the hour mark from the boot of Danny Rowe to move five points clear at the top of SkyBet League Two.

City made two changes from the side which defeated Yeovil Town on Friday night, as Cian Bolger and Tom Pett returned to the line up ahead of kick off with Jason Shackell and Michael O’Connor missing out, but the latter was named amongst the substitutes.

The visiting side were quick to attack from the off with Jose Baxter forcing Matt Gilks into a save within the opening minute of the game, the Imps’ stopper diving low to his left to save before taking possession at the second attempt. City broke quickly and won two corners in quick succession but couldn’t force either home, the game was played at pace and gave plenty reasons for the supporters of either side to be off their seats on a cold and blustery Lincolnshire evening.

Gilks was called upon again and he was showing all his experience to save a shot from Mohammed Maouche which took a wicked deflection on its way to goal, the experienced stopper stretching to turn the ball from danger.  The wind wasn’t helping either side but it did mean that arguably the onus was on both sides to keep it out of the air as the gusts were carrying any direct passes.

On the quarter hour mark the game burst into life with two quick chances for the home side. Tom Pett was the first to force Dan Iversen into a save, the Imps’ midfielder timed a tackle on George Edmundsen to perfection before linking with Matt Rhead, the number nine returned the ball to Pett who continued his forward run into the box before squirting his shot low towards the bottom corner only to see Iversen dive full stretch to his right to save. Bruno Andrade then did wonderfully well to get free down the left and fire in a low cross right across the heart of the Oldham box, Peter Clarke and John Akinde both went for the ball and it was the City man who won the battle but the experienced defender just did enough to put off the striker and Akinde’s effort went over the top.

City were growing in stature and Andrade was looking to be the catalyst for The Imps, smashing in a tantalising low cross which somehow managed to fly right through the area without a touch, the game was full of commitment from both sides with tackles flying in as Rhead was attracting much of the attention from the visiting side.  The City number nine almost played the perfect distraction for Pett as The Imps won a corner, the midfielder clipped the ball in and with all the attention on Rhead, Mark O’Hara almost found space to get his shot away but the visitors just cleared the danger.

It was to be just a brief reprieve for Oldham though as City looked hungry and following what was the fifth corner for The Imps in the opening half an hour, the deadlock was broken. After the ball was half cleared it landed at the feet of HARRY TOFFOLO who played the ball to O’Hara and his return ball scythed through the Latic’s defence back to the onrushing left back who struck the ball with his right foot past Iversen and into the bottom corner of the goal.

The game settled a little after the goal in terms of chances but was no less combative, Oldham were struggling to get any sort of territorial advantage with The Imps relatively unscathed although possession changed hands with a little more frequency. But just ahead of half time the complexion of the game changed dramatically when Baxter was shown a straight red card for a hefty challenge on Harry Anderson. The visitors made a tactical switch as Zak Dearnley came on for Oladapo Afolayan but were close to going two goals behind as Cian Bolger made his way forward into the box to meet an Andrade cross but the big centre back couldn’t keep the ball down.

Danny Cowley brought on Danny Rowe for the second half with Rhead leaving the action at the break to give a different spin to the Imps’ attack but it was Andrade who had almost all the 8,000 plus crowd onto their feet within a few minutes of the restart. The winger cut inside from the left, jinking one way then the other before smashing an unstoppable effort that had Iversen beaten all ends up but it crashed off the crossbar and away from goal.

The visitors despite looking a little dishevelled at times weren’t giving up with Callum Lang trying his best to drive his side forward with a determined dart through the middle but Michael Bostwick was the immovable object in his path, firmly closing the door on any lingering thoughts Lang may have had about finding his route to goal.

The Imps were patient in their build up, not forcing the issue and they reaped the rewards in absolutely scintillating fashion, Rowe not for the first time since his introduction looked dangerous down the right, played the ball into the feet of Anderson who laid it back for ROWE to run onto and he absolutely thumped the ball home off the underside of the crossbar.

City were threatening to run riot and if it wasn’t for Iversen The Imps would have been three goals to the good moments later. Akinde and Andrade pressed high and the latter raced away although he was forced a little wide, he still got his shot away but Iversen got in the way to keep the Latics in the game.  Andrade was then close to creating for Anderson, the number 26 making a dash inside from the opposite wing to latch onto the low ball but the wind appeared to just take it away at the vital moment and Anderson couldn’t keep his shot down.

Oldham threw on the experience of Chris O’Grady to give themselves a presence in the final third but The Imps kept their foot firmly pressed to the floor, attacking with purpose and the crowd firmly behind them, baying for more and yet again the Latics had Iversen to thank as he somehow managed to keep out a low, thunderous drive from Andrade at his near post. With over twenty minutes remaining City racked up their tenth corner, such was their domination, but the visitors were clinging on to the hope they could turn it around, just keeping The Imps at bay.

City continued to probe, Anderson did well down the left, playing inside to Andrade who laid the ball to Rowe but he couldn’t replicate his earlier effort as this time the ball went over the top with the home supporters showing their appreciation after another wonderful flowing Imps move. It felt like just a matter of time before the scoresheet would change in the favour of the home side again, but Oldham continued to show stern resistance as the game went into the final ten minutes.

Rowe flashed a shot inches wide of the far post from the edge of the area, before Iversen was yet again the man of the moment for the visitors saving from Michael O’Connor in the final minute of the game.


Tonight's team news is in here at Sincil Bank as The Imps take on Oldham Athletic in SkyBet League Two.


If you cannot get to tonight's game against Oldham Athletic you can purchase your match pass for the game to watch at home exclusively LIVE on Imps iFollow. The game is available for both domestic and...