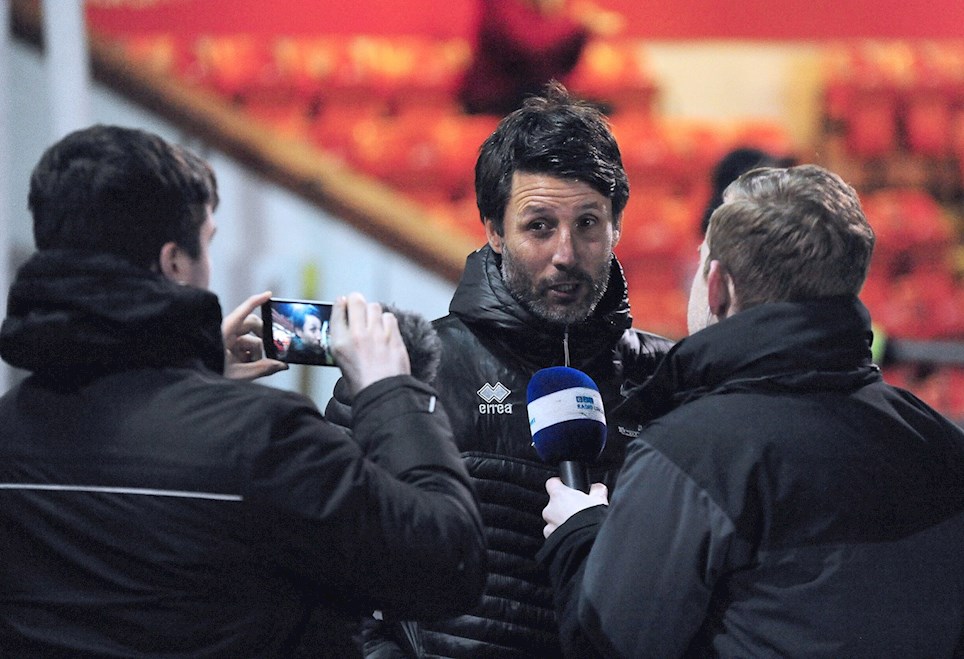 "We know what the prize is, and we're going to fight for it."


Danny Cowley is looking for his side to continue the recent run of good form which has seen them stay at the top of the pack in SkyBet League Two but is well aware of the threats that Macclesfield... 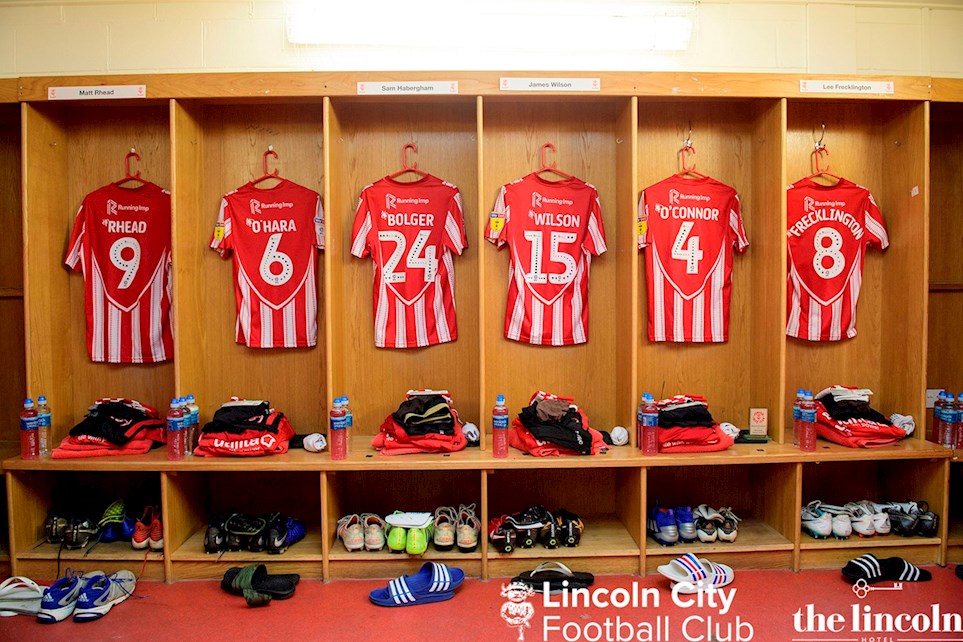 
The team news is in at Sincil Bank as The Imps take on Macclesfield Town in SkyBet League Two this afternoon.

The Imps added another point to their tally after coming from behind against Macclesfield Town at Sincil Bank.

Sol Campbell’s side took the lead in the first half when Scott Wilson lashed home from the edge of the area but Neal Eardley was to score his second of the season, curling home a free kick into the top corner to maintain City’s unbeaten run, taking it to 17 games.

City were unchanged from the side who defeated Crawley Town last time out, as the teams walked out to over 9,000 supporters inside the stadium the sun came out offering the perfect Lincolnshire setting for a game of SkyBet League Two football.

The Imps were looking threatening from the off and almost got the first opportunity within the opening five minutes as a wonderful first touch from Tom Pett set him to slide the ball through to Bruno Andrade but just as he shaped to shoot, he was put off his stride and scuffed his effort into the arms of Kieran O’Hara. Almost all the fans in the stadium were bouncing in support of the home side, and it was City’s O’Hara, Mark, that almost had The Imps’ supporters jubilant as he made a wonderful darting run to anticipate a low Neal Eardley free kick, but his pull back was just cleared by Reece Cole.

The Macclesfield ‘keeper, was to deny John Akinde with just over ten minutes gone, Harry Toffolo’s deep cross was misjudged by Zac Jules and it dropped to Akinde who smashed the ball hard and true on target, but the onloan Manchester United stopper did very well to make a reflex save. The Silkmen broke quickly and bared their teeth with a dangerous effort courtesy of David Fitzpatrick, the full back’s well struck shot kept rising and went over the top, leaving Matt Gilks to discuss with his defence just how he was afforded the space to have a pop at goal.

Kieran O’Hara in the Macclesfield goal was putting in an inspired performance, much like he did at the Moss Rose earlier in the season, Toffolo cut in from the left and fired a cross to the feet of Akinde who turned the ball back across the ‘keeper and it was heading into the corner but somehow the ‘keeper threw out a strong right hand to divert the ball clear.

The SIlkmen were always looking to make inroads into the City half at pace on the break, hitting crossfield balls in an attempt to get round the back of the home side but Gilks’ had remained untroubled in the Imps’ goal. However, it was that speed of the attack was to bring them the opening goal, Elliott Durrell latched onto the ball out wide on the right before curling in a low cross to Scott Wilson who showed supreme confidence to hit the ball first time and it arrowed into the goal.

The goal momentarily silenced the home fans but they were soon back behind their side when the attacking play was again coming from The Imps, pressing high, winning back possession and driving forward looking for the leveller and it almost came when Andrade squirted a low shot through a sea of legs which almost deceived Kieran O’Hara, but the ‘keeper just kept it out then Harry Anderson had an effort cleared off the line from a Rowe cross.

Andrade then almost danced his way towards the area, but was unceremoniously brought down by Cole on the edge of the area left of centre. The free kick was a chance to strike at goal, EARDLEY stood over it and he duly delivered, the ball curled over the wall and beyond the despairing dive of Kieran O’Hara for the equaliser. 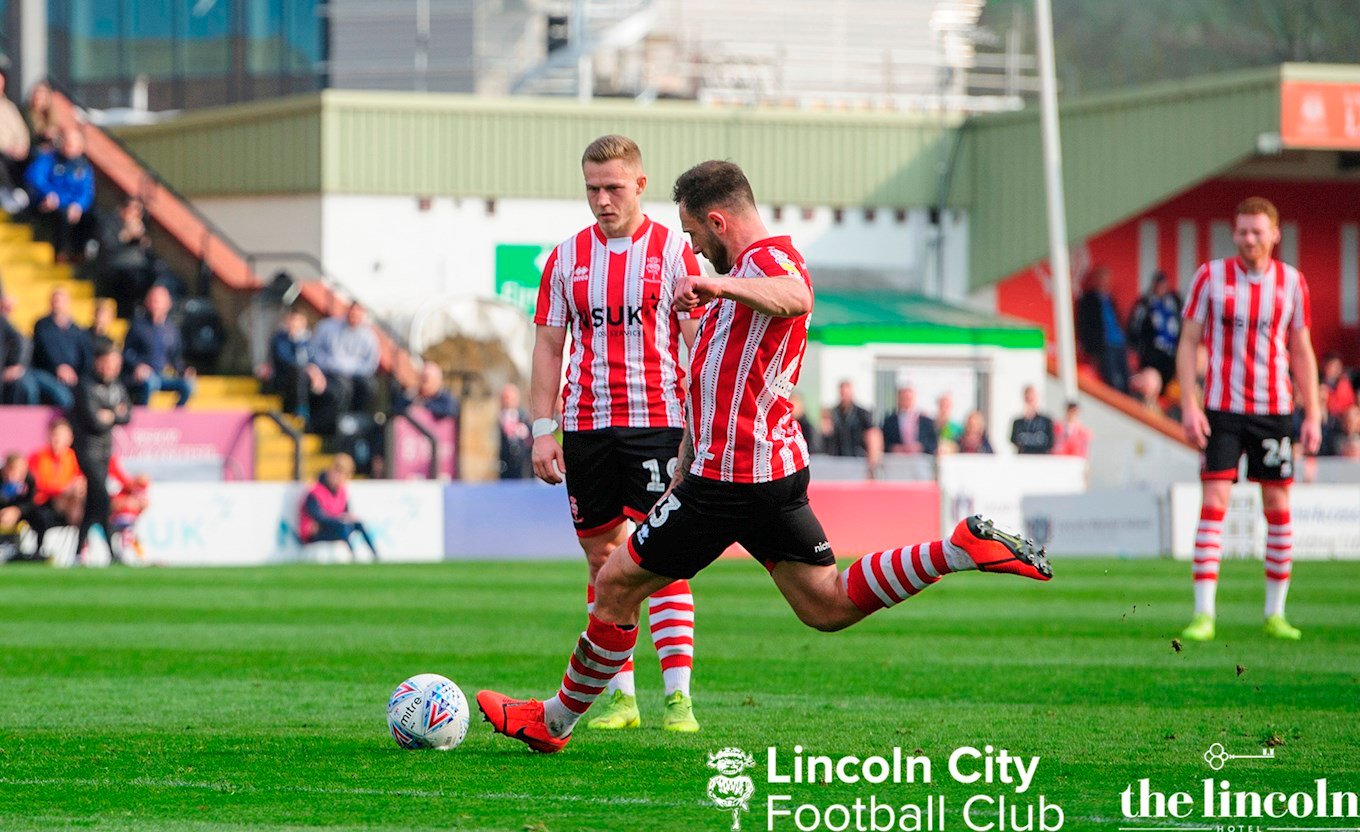 The goal totally invigorated City and they were cutting through the Macclesfield midfield almost at will as half time approached. A clever low ball from Andrade was inches away from setting the onrushing Mark O’Hara free as Akinde showed terrific awareness to dummy the ball, letting it run through his legs, but the visitors just cleared ahead of the City midfielder making his late run into the box.  Pett was the last to have a chance in the opening 45 minutes, his right footed curler was arcing towards the far corner of the goal but it crept just wide of the upright and the teams went in at the break, honours even.

Neal Eardley almost started the second half like he ended the first, but this time O’Hara was equal to the defender’s effort, the Macclesfield ‘keeper confidently palming the ball away. The Imps were lively, Rowe almost freeing Anderson down the right but Nathan Cameron did all he could to just lash the ball away from danger. Andrade then was next to try his luck, the number eleven latching onto a clever free kick from Eardley, to turn and smash a shot which caught Kieran O’Hara flatfooted but the ball went wide of the mark. There was just five minutes gone in the second half and things were being dominated by City as their movement and passing in possession and their dogged, determined pressing off the ball was keeping Macclesfield penned inside their own half.

However, to the Silkmen’s credit, they withstood the pressure and were frustrating the Imps and they created a chance as a neat moment of interplay on the edge of the City box left Wilson with a chance to shoot but his toe poked effort didn’t bother Gilks as it went beyond the far post.

Danny Cowley urged the supporters to raise the roof and they responded, it drove the home side forward and Akinde had a header from a Rowe corner saved on the goal line by Kieran O’Hara. The visitors made a change by bringing on the experience of Danny Whittaker adding pace to the attacking third, while The Imps brought on Michael O’ Connor and Shay McCartan for Mark O’Hara and Anderson respectively. It was McCartan who was first to show his opponents his quick feet before being brought down for a free kick fully 30 yards from goal. Andrade’s effort however crashed into the wall before being cleared.

The game went into the final ten minutes as The Imps looked to find a way to victory but the Silkmen continued to keep things tight and like the first half, they looked to hit City on the break and as James Pearson let fly a wonderfully executed half volley they thought they’d got the lead but Gilks was to make a terrific flying save, turning the ball over the top.

The Imps brought on Matt Rhead for the final five minutes plus stoppages, but it was McCartan who went close as Andrade found him from the right, the Northern Irishman taking a touch before shooting just wide.

City pressed for a last gasp winner, but it wasn’t to be bthe point leaves The Imps eight points clear at the top of the table and crucially eleven clear of Mansfield Town in fourth place.

"We know what the prize is, and we're going to fight for it."


Danny Cowley is looking for his side to continue the recent run of good form which has seen them stay at the top of the pack in SkyBet League Two but is well aware of the threats that Macclesfield...


The team news is in at Sincil Bank as The Imps take on Macclesfield Town in SkyBet League Two this afternoon.