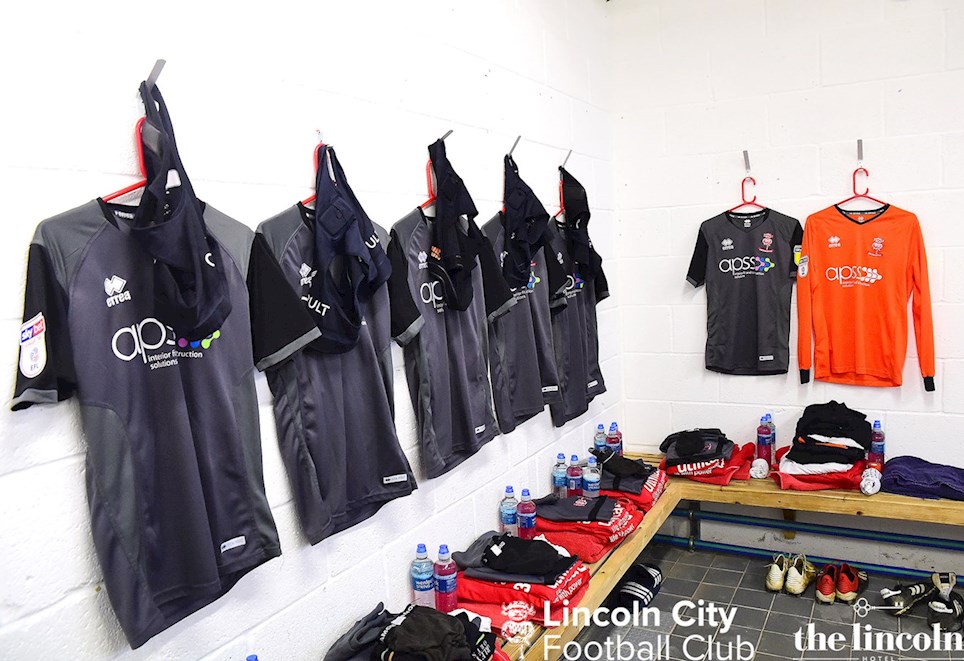 City won on the road again as they came from behind to do the double over Forest Green Rovers at The New Lawn.

It was a physical encounter with both sides going at it from the start, Reece Brown put the hosts in front within the opening ten minutes before John Akinde levelled six minutes later, the striker then scored the decisive strike from the penalty spot in the second half to ensure Danny Cowley’s men retained their three point lead at the summit of SkyBet League Two.

There were two changes for The Imps as they took to the field against Mark Cooper’s side, Harry Anderson made his return following suspension and Matt Rhead also came back into the starting eleven with Tom Pett and Danny Rowe the players to miss out.

City started the game at absolute breakneck pace and almost managed to get a shot away in the opening few seconds as Bruno Andrade made a marauding run down the left, his cross missed Matt Rhead at the back stick but a combination of both Michael O’Connor and Neal Eardley got things back into the danger zone, the ball bobbled around and almost fell to The Imps but Nathan McGinley just got there ahead of John Akinde to clear.

The home side quickly turned play back into the City half and were attacking down their left, McGinley involved but his low cross was smartly cleared by Jason Shackell, the hosts were to get the first shot on goal moments later when Shawn McCoulsky swivelled and shot, only to see Matt Gilks make a confident diving save to his right, it was a good height for the ‘keeper in fairness and he powerfully parried the ball from danger.

However, the hosts were to profit on their next attach when Reece Brown struck from a set piece just outside the area, Brown stepped up and tried the curler, it deflected off the top of the wall, wrongfooting Gilks and the ball looped into the opposite corner of the goal.  City went close to levelling again twice in quick succession as both Rhead and Michael Bostwick almost got their names on the scoresheet.

The leveller was to come though and it was from the AKINDE, a fine run from Anderson down the right was supplemented by Eardley, the pair linked and the latter delivered a pinpoint cross onto the head of the Imps’ top scorer who did the rest.

Proceedings restarted and with 15 minutes gone the speed of the game wasn’t showing no signs of letting up with Williams looking to run at City, just as Anderson did the same for The Imps causing Rovers no end of problems. Eardley created another headed chance, this time for Rhead, almost in a carbon copy of the leveller for The Imps but this time Montgomery was there making a wonderful stop.  City were looking devastating on the break, with Akinde and Anderson looking dangerous with every stride forward. Forest Green were shaken, City were controlling proceedings and were to go close after good work from Mark O’Hara, the midfielder taking control, to slide in Andrade who took a touch before smashing a rising effort that just went the wrong side of the crossbar.  Akinde was next to go close as Rhead won the aerial battle with Gavin Gunning, Akinde flicked over the onrushing Montgomery but the wind carried the ball just over the top as the home fans who were once raucous in their support of their side now seemed a little crestfallen.

As much as The Imps had the lion share of possession, Forest Green attacked at pace and Christian Doidge was the figurehead for the likes of Williams to play into and Doidge was to get a shot on target but Gilks saved with relative ease. McCoulsky was then denied a shooting chance by a wonderfully timed tackle by Shackell who went to ground to deny the striker at the last.  It was the Rovers ‘keeper who was back in action, what seemed like seconds later, Toffolo this time smashing a low drive which almost deceived Montgomery, but he made a good stop.  With ten minutes remaining of the first half the game was as physical and competitive as ever in midfield areas and a real spectacle.

Williams was the spark in the Rovers attack, his direct attitude and eye for a shot kept home supporters off their seat, and they thought his stinging drive from just outside the box was arrowing into the goal but Gilks was there to tip over.  The Imps finished the half the stronger, controlling territory and giving plenty for the travelling army of supporters something to cheer as they left the field.

City’s start to the second half was full of intensity, pressing high and turning the hosts towards their own goal, winning an early corner which was almost turned into the goal by a home defender but it looped over. The Imps had won three corners within a minute, firmly penning in the hosts but they couldn’t profit from the set pieces.

Forest Green couldn’t get out of their own half, with City making the pitch look very small, Akinde broke at pace down the right with Anderson as well as Andrade haring forward in support, the striker looked up and pulled the ball back but it was just cut out by Lee Collins as Anderson looked to latch onto the ball.  Akinde was showing all his pace and power showing Farrend Rawson a clean pair of heels, Collins though was to time his tackle to perfection and that challenge seemed to rouse both the home fans and players.

McCoulsky headed a cross from the right into the arms of Gilks then the City ‘keeper made a wonderful save to deny Williams who was one on one with the Imp’s custodian after a fortuitous deflection, Gilks standing big to block the goalbound effort then grasp the ball at the second attempt.

City rallied and were close to the second goal when the ever dangerous Akinde met a dangerous, flat cross and turned it teasingly towards the back post, Bostwick was haring in but just couldn’t get there in time and it skipped out for a goal kick to the home side. Eardley and Anderson then connected with the latter making a wonderful turn to set himself free, but he then was to go down under the challenge inside the area but nothing was given. Akinde then slipped both Rawson and Collins to create space but his shot then went over the top, however Andrade was then to give The Imps an opportunity, the winger made a purposeful run and it was illegally halted and City had a penalty. There was a lengthy delay before the spot kick was taken as McCoulsky went down on the halfway line, but it didn’t distract AKINDE who rolled in his 15th goal of the season to put The Imps back in front.

The Imps were looking confident once again and straight from the kick off almost, a wonderful touch from sub, Tom Pett, saw him turn away from Paul Digby and Williams to set Andrade away but his cross was blocked. The next cross in from City was met by a diving Mark O’Hara which Montgomery had to save and the Rover’s stopper then made a fantastic stop to deny Shay McCartan who was found perfectly by Akinde but the ‘keeper came bravely off his line to dive at the feet of the Imps’ substitute and save.

The movement of the visitors was still causing issues for the home side who were quick to pounce on any opportunity to break at speed and stretch the pitch when the home side tried to come forward. Rovers made a late push for a leveller, in the final minute of normal time they won a corner and they pushed everyone into The Imps territory but couldn’t profit. With five minutes of stoppage time announced Rover’s supporters were urging their side forward and they responded, City were holding station under increasing pressure. The clock ticked into the fourth minute of time added on and the hosts won a free kick around 20 yards out, Dale Grubb hit it but the ball struck the wall before being cleared. A final attempt from Rovers came from a corner which eluded everyone and The Imps took all three points