The Imps host Gareth Ainsworth’s Wycombe Wanderers this evening as they look to continue their impressive midweek home form.

Danny Cowley’s men go into tonight’s game aiming to get back on track after the 1-0 defeat away to Port Vale last Saturday.

1,492 Imps supporters made the trip to Vale Park and with a sellout home crowd this evening, Cowley spoke about the importance of the home support in yesterday’s press conference: “We do ask the parents to be kind as it is a great educational experience to come down to Sincil Bank on a Tuesday night.

“Some of my best memories come from going to football on a Tuesday night. So, don’t stop your children from having memories for the sake of an hour’s sleep. The kids bring so much energy so we look forward to a capacity crowd.”

As the Imps enter the final stage of the season, they are currently eighth in League Two with 67 points to their name, just outside the play-off positions by goal difference.

Although Wycombe currently sit third in League Two, they are yet to secure automatic promotion with Notts County and Exeter City just four points behind them.

Ainsworth’s side have not lost in the league since February when Coventry City grabbed an 82nd minute winner from the penalty spot at Adams park. On top of this the Chairboys have scored an impressive 76 league goals this season.

In their last match against Yeovil Town, Wycombe won 1-0 thanks to on-loan striker Randell Williams scoring the only goal of the game.

Ainsworth spoke to local press ahead of tonight’s fixture at Sincil Bank. The former Imps midfielder discussed how he wants his side to keep adding points to their tally and how returning to Sincil Bank will promise to be a good occasion.

“You can’t rest now until that last ball has been kicked and then it will be impossible for anyone to do anything,” the former Imp said

“There is going to be so many twists and turns but I don’t want us to be involved in them, I want us to keep to churning these results out, keeping adding to our points total.

“We have to make sure we are ready on Tuesday night; be fit, well-rested and recovered to go again in front of sell-out crowd at Sincil Bank at my ex-club, and what a game that promises to be.

“To come away from Lincoln with a result would be a fantastic achievement and would aid us in what we want to do which is get promoted.

“This group of players we’ve got here will give you everything and as long as they continue to do that between now and the end of the season I cannot complain, and hopefully it will be enough to get us over the line.

The Imps faced Wycombe on the opening day of the season at Adams Park. Matt Green opened the scoring on his Imps league debut before Luke O’Nien equalised for the home side. Three minutes later the Chairboys took the lead through Joe Jacobson, however, Josh Ginnelly rescued a point in the 49th minute for Lincoln.

The last time the two sides met prior to this season was seven years ago when Lincoln lost 2-1 at Sincil Bank to a Wycombe side then managed by current Aldershot Town boss, Gary Waddock.

The Imps last beat Wycombe in 2009 when Anthony Elding scored the only goal of the game. The striker arrived on loan at Lincoln from Crewe Alexandra before moving to Hungary in order to play for Ferencvárosi TC.

ONE TO WATCH – LUKE O’NIEN 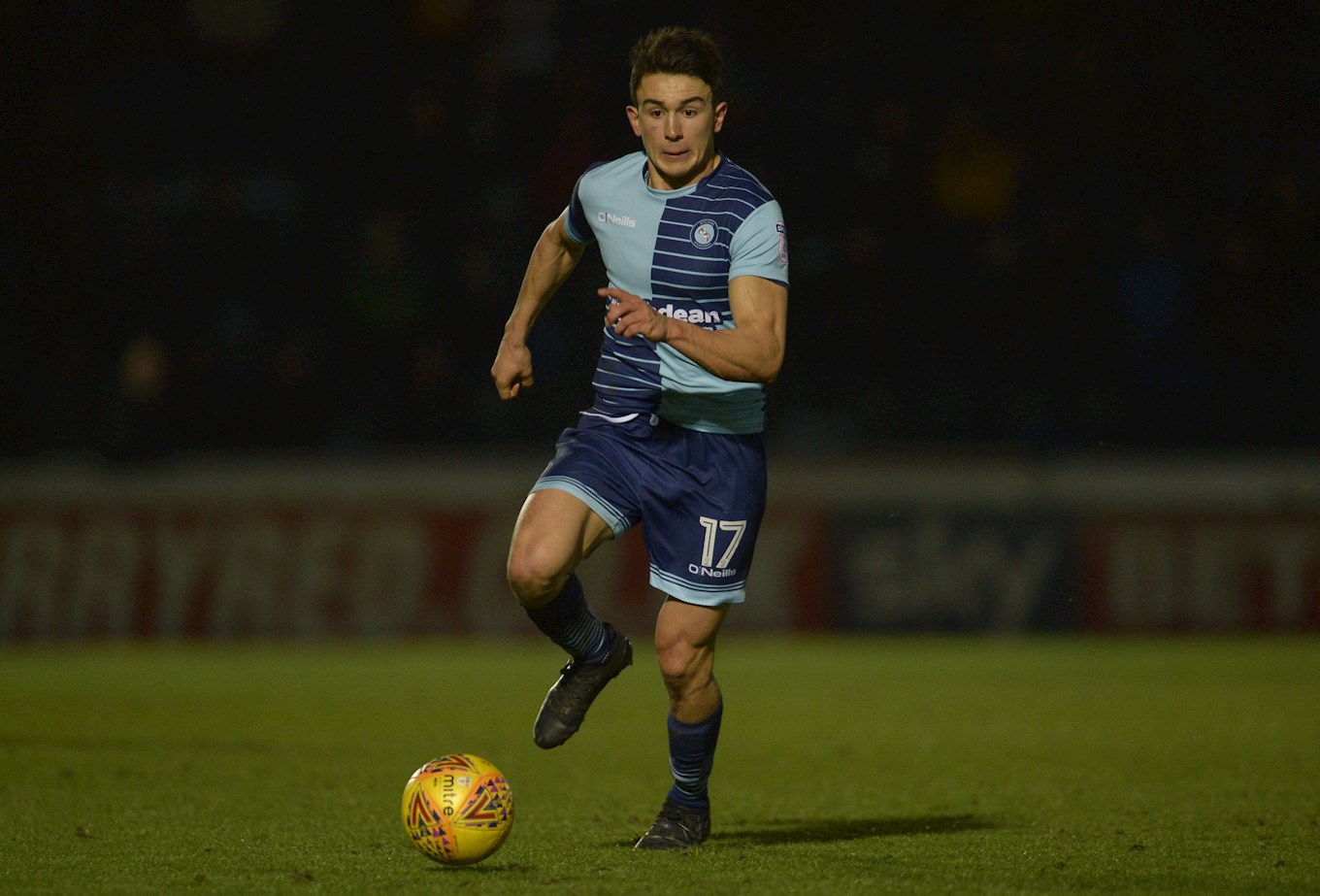 23-year-old O’Nien has been a key player for Wycombe over the last three seasons having originally arriving on a one-year deal from Watford in the summer of 2015.

The midfielder came through the Hornets’ youth academy in 2013, making just one first team appearance against Barnsley when he came on as an 88th-minute substitute.

Prior to his arrival at Adams Park, O’Nien experienced two loan spells with Wealdstone where he made a total of 40 league appearances, scoring five goals in the process.

This season the Hemel Hempstead-born midfielder has scored nine goals in all competitions. He has also received seven yellow cards and one red which was picked up against Carlisle United in February. O’Nien also scored in the same game before being dismissed in the 48th minute. Wycombe went on to win the game 4-3 with Marcus Bean scoring a 96th minute winner.


Following the original fixture being postponed, The Imps’ home fixture against The Chairboys has been rearranged and will now take place on Tuesday April 17th with a kick off time of 7.45pm